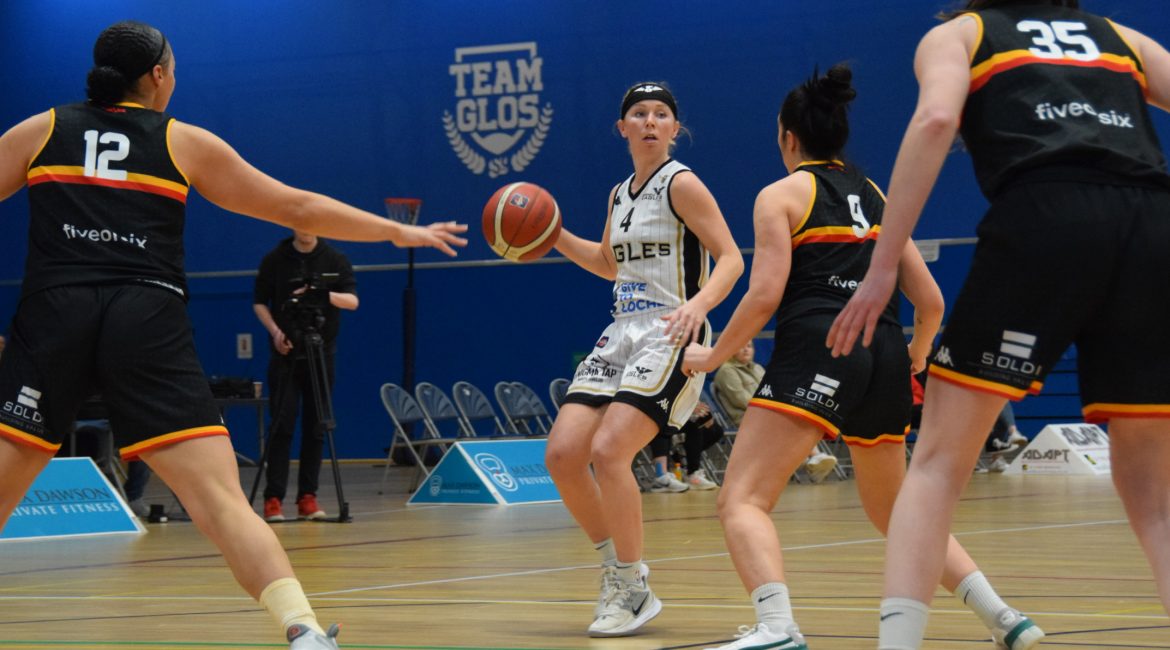 The Tynesiders travelled to the capital ahead of an energy-sapping second league clash inside 16 hours in confident mood after crushing Gloucester City Queens.

And if London are likely to provide a far tougher examination of playoff-chasing Newcastle’s credentials then the Eagles fully deserved a first win in five.

And there was a welcome return for Jessica Eadsforth-Yates following several weeks on the sidelines.

The all-action playmaker made an instant impact as the Eagles were able to field a starting point guard for the first time since January’s WBBL Cup final defeat to London.

Eadsforth-Yates played 17 minutes of the first half as she eased her way back into top-flight action in style — scoring seven points and claiming two rebounds before the break.

McVicar, meanwhile, headed to the locker room on 11 points as the US star played all 20 first half minutes.

But not for the first time this season Croat Dora Cipcic stole the show for the impressive visitors as Newcastle opened up a 40-30 first half lead.

The in-form forward came off the bench to claim 10 points and six rebounds in just nine minutes to underline her increasing value to coach Cacheiro.

Cipcic’s movement under the basket and anticipation under pressure has been a hallmark of the Eagles’ best passages of play in 2022.

And the Queens had no answer to another fabulous first half display from Newcastle’s relentless secret weapon.

The Eagles headed into the third period having dominated the paint against expansion franchise Gloucester — outrebounding the hosts 31-17 before the break.

And Cipcic found ample support under the glass in the shape of Chloe Gaynor and skipper Marina Fernandez.

A first win of the Cacheiro era was clearly on the cards as Newcastle tipped off the second half in confident mood and within touching distance of two vital Championship points.

That victory looked all but assured on the back of a dominant third quarter — despite the absence of Cipcic.

The Eagles launched a game-breaking 11-0 tear to lead 57-38 and if a Jay Marriott timeout nipped that scoring burst in the bud, then it failed to halt the visitors’ overall momentum.

Newcastle won the period 28-10 to open up an unassailable 67-40 lead with a slew of Cacheiro’s roster closing in on double doubles.

Fernandez had eight rebounds and eight assists heading into the fourth period while team-mate Layne Murphy had bagged 13 points and nine boards during the first three quarters.

And it was Murphy who won the race for the game’s first double double after hauling down her 10th rebound midway through the final quarter.

Cipcic returned to the fray to seal her own double double — securing a remarkable 17 points and 11 rebounds in just 18 minutes.

And with this afternoon’s London trip looming large, coach Cacheiro ran her bench down the stretch with rising star Mollie Arnold enjoying an extended run out for the first time since returning to the club in January.