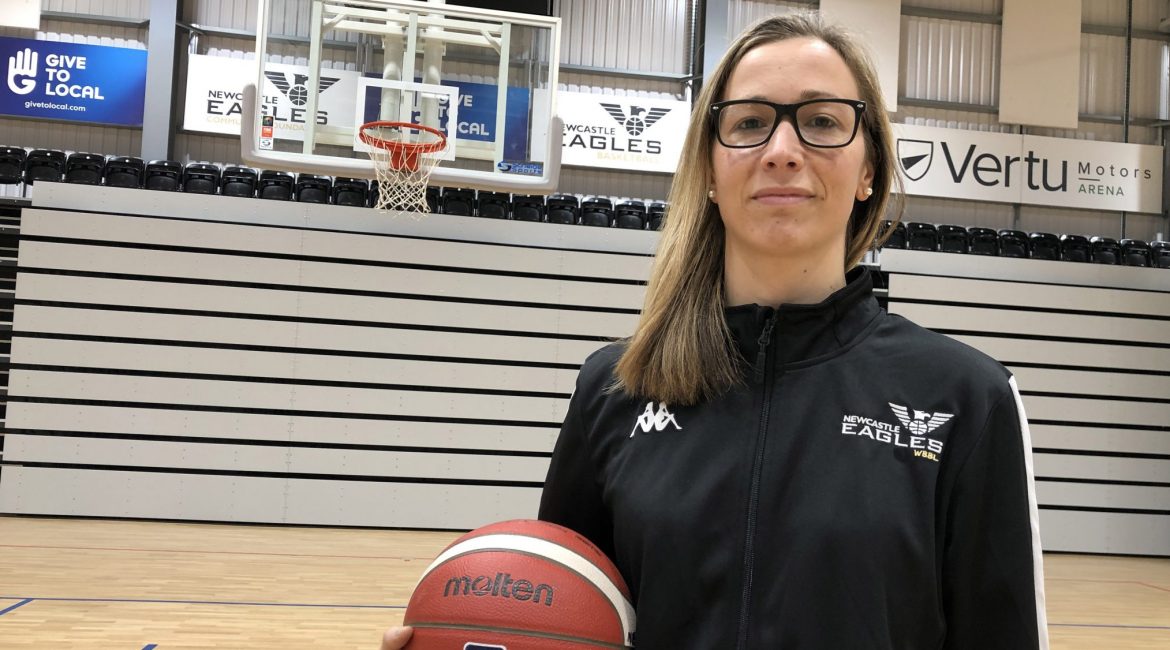 A new-look Newcastle Eagles will take on London Lions in this weekend’s WBBL Cup final determined to showcase the best of women’s basketball in the North East.

The club has confirmed that Newcastle University play-caller Noelia Cacheiro will take the reins for the remainder of the season.

And ahead of Sunday’s showpiece clash against London the former Eagle will be joined by a raft of faces familiar to the region’s hoops fans.

Cacheiro starred for the newly rebranded Newcastle Eagles WBBL during the 2018-19 season before taking up her role as head coach of women’s basketball at Newcastle University.

“I’m delighted to be given the opportunity to play such a meaningful role for the basketball community in the North East,” she said.

“Newcastle Eagles is a club that touches the lives of so many across the region.

“I would have loved for this opportunity to have come under different circumstances but I’m here to help the best way I can.

“I’m ready to put in the work to make sure players are in the best position to succeed and able to play to their potential while enjoying this game that we all love so much.

“As a player I’ve felt the support of the Eagles fans when I’ve been running up and down the court.

“I’m sure that our supporters will continue to back the team with the same passion through these times of change — starting with Sunday’s final in Birmingham.”

Cacheiro has become a popular staple of the North East basketball scene and her first move has been to dip into her extensive contacts book with the Lions clash looming.

Yet to be announced roster additions of new and returning Eagles will join coach Cacheiro in Birmingham on Sunday following the departure of Ebony Horton and Abby Lowe earlier this month.

And with injury doubts surrounding Rachael Bland and Chloe Gaynor it could be a case of all hands to the pumps for Newcastle’s new recruits.

“We’re delighted to welcome back Noelia and excited to see what she can bring to the club and the community moving forward,” said Newcastle’s managing director, Paul Blake.

“She’s a familiar face who’s gained a growing reputation as one of the region’s most talented upcoming coaches.

“Everyone can now look forward to Sunday’s final and focus on a landmark fixture for women’s basketball in the North East.”

The WBBL Cup Final will be live on Sky Sports Arena, Mix and their YouTube channel this Sunday with all the build-up from 11:30am and tip-off at 12pm.