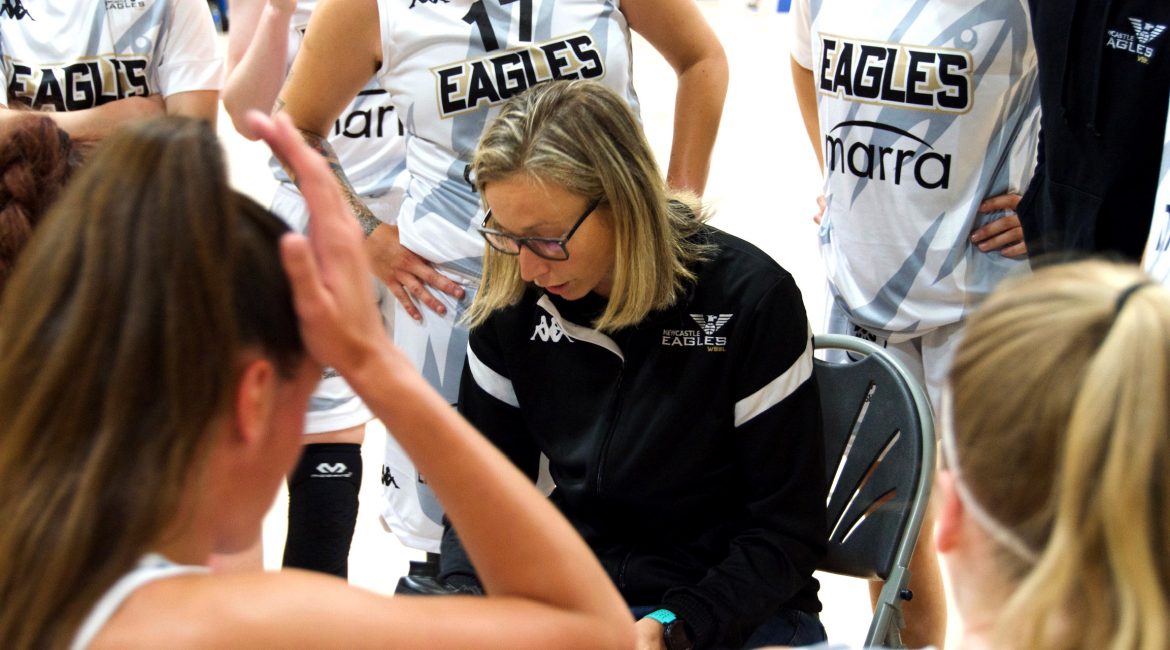 Courtney Clasen faces an extended spell on the sidelines after Newcastle Eagles confirmed the forward won’t be rushed back from injury.

But club bosses continue to work around the clock in order to bolster a roster looking to bounce back from last weekend’s tough loss at Caledonia Gladiators.

But Clasen won’t be suiting up for the hosts any time soon after suffering a setback in her recovery from knee surgery.

“Courtney will be out for a while but we hope she’ll be able to rejoin practice in a few weeks,” said Cacheiro.

“In the meantime, we’re hoping to be able to add some missing pieces to the roster sooner rather than later.”

Clasen suffered a season-ending injury 12 months ago but returned to the North East in the summer confident of making a full comeback.

Team-mates talked of a player reborn during the early weeks of pre-season as the US star appeared on course to reclaim her starting five spot.

But Clasen has been told to reset her goals after hobbling out of practice earlier this month and receiving the results of fresh scans.

Newcastle’s season got off to a disappointing start last weekend as cross-border rivals Caledonia inflicted a heavy defeat on the short-handed visitors.

And the Wildcats will provide another stern test for the homecourt Eagles with returning guard Jahnae Gyles keen to make up for lost time.

The prolific scorer was due to restart her WBBL career last weekend only for Nottingham’s scheduled opponents, the Gloucester City Queens, to withdraw from the league at short notice.

And Gyles said: “We’ve got a solid group of players coming back who already have great chemistry and understand that family first mentality that the club is all about.

“We’ve got an exciting group of new players coming in so everyone’s keen to get going.”

And despite a series of frustrating setbacks, the Spaniard remains confident of making a breakthrough in the transfer market.

There is talk that Newcastle could yet face Nottingham with at least one new face following another busy week of activity behind the scenes.

But for now all eyes will be on rookie forward Katie Nolan after the US star exploded onto the WBBL scene in style.

The Eagles’ exciting new post-player bagged a place on the bench as the first WBBL All-Star 5 of the season was revealed earlier this week.

And a fledgling partnership with centre Chloe Gaynor hinted at where Newcastle could carry their greatest threat this season.

But retaining possession and picking the right passes will be key to exploiting that height and power in the paint.

And Cacheiro’s team is under orders to protect the ball against the pacy Wildcats after giving up 31 turnovers in Glasgow last weekend.