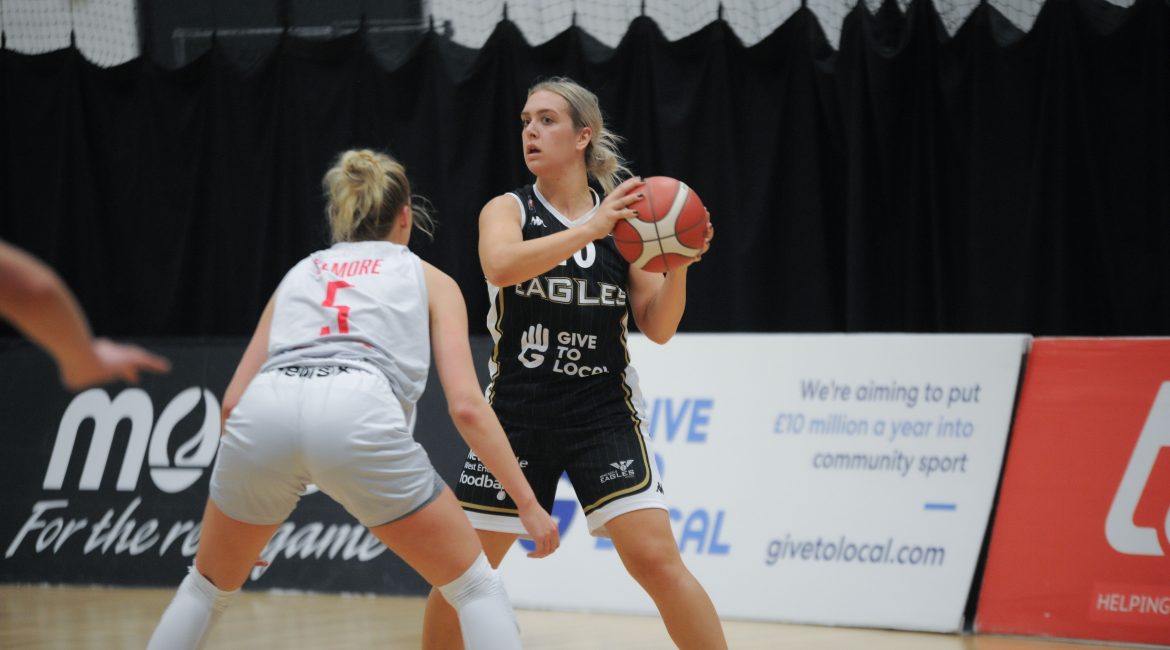 Aussie ace Jorjah Smith is convinced a fully fit Newcastle Eagles roster can mix it with the WBBL’s big guns this season.

And the ex-Manchester Mystic is relishing this afternoon’s trip to her former club before tomorrow’s homecourt showdown with Sevenoaks Suns.

Smith was a key close-season target for Newcastle playcaller Chris Bunten and finally hooked up with her Eagles team-mates last month.

A sparkling debut against WBBL Cup finalists Leicester Riders confirmed the guard’s potential value to a team in transition and she said: “It’s great to be here.

“As soon as I heard Newcastle were interested my decision was made.

“I’ve managed to land a job with Pro Health Physio in the city and loving it there.

“At the same time I’m working hard in practice and we’re all trying to build some chemistry.

“But there’s so much talent on this team that when everyone’s fit we can be a top two contender.

“We just have to look after ourselves and make sure we stay fit and healthy.”

This weekend’s mouthwatering Championship double header will be a stiff test of Newcastle’s physical and mental health.

And not for the first time Bunten is facing a mini injury crisis as he seeks a second win of the season against the Mystics and a first ever victory against the Suns.

Molly Taylor and Abby Lowe are both missing with ankle injuries and co-captain Mante Kvederaviciute faces a late fitness test.

But Smith is relishing the opportunity to play two games in two days and the chance to strengthen her bond with new team-mates.

“Spending time on the road with the other players and getting more court time under my belt is important,” she added.

“The more we play together the better we’ll become as a team.

“I played with Rheanne Bailey and Georgia Jones when I was with Manchester and they’re two quality players.

“They’ve got some real talent on that team and plenty of experience.

“But we’re just trying to focus on what we can do to take the win.

“Sevenoaks on Sunday will be another tough test but I feel we match up well with the Suns.

“A double header opening weekend in the league was never going to be easy and especially as we’re on the road first.

“But we have to perform well against the Mystics and then back that up with another solid display on Sunday.”

And that all-round display could be enough to open the door to a starting five spot this weekend.

Newcastle expect to have Rachael Bland back on court after the Wearsider suffered a nasty knock to her face last time out.

But it remains to be seen whether Kverderaviciute will play back-to-back matches after the Lithuanian international was forced out of the Riders’ clash with shin splints.

The Eagles are in action from 4pm today and host the Suns at the ECA from 5:30pm tomorrow.