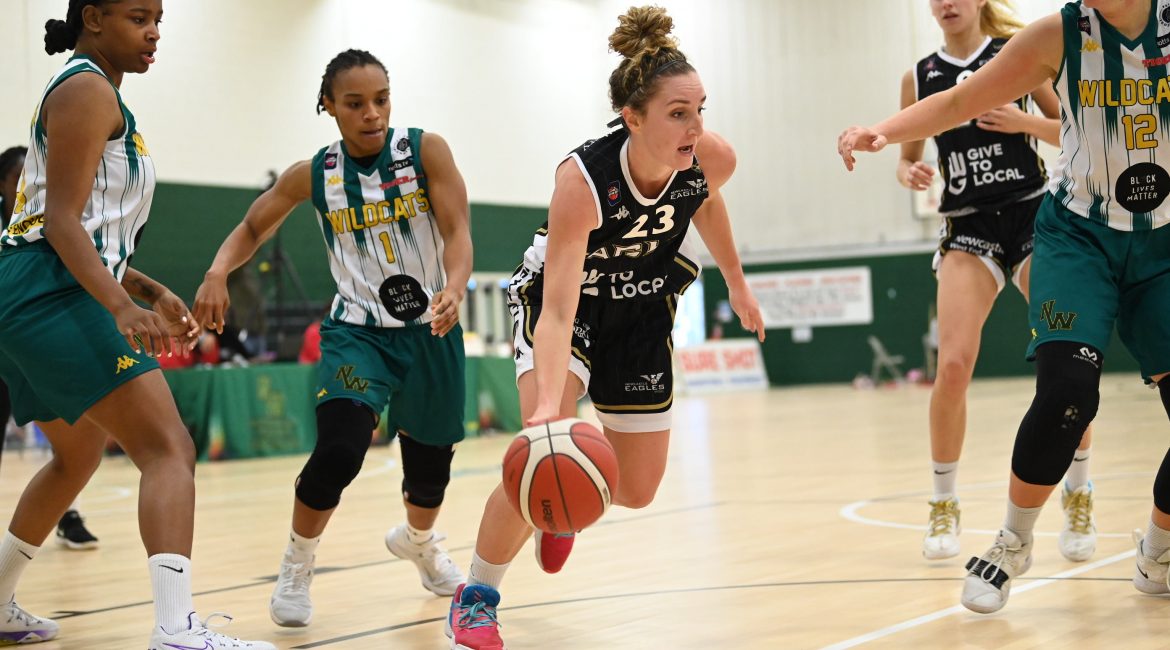 Captain marvel Ali Gorrell insists a challenging campaign with Newcastle Eagles has been one of the most fulfilling seasons of her career.

And that’s not because the league MVP contender has been smashing records right, left and centre.

Gorrell has been racking up the big numbers throughout April to underline her status as one of the WBBL’s all-time greats.

But the modest American has taken more pleasure in watching a team in crisis triumph in the face of adversity.

“For Newcastle to make the playoffs is a fantastic achievement,” admitted Gorrell ahead of this weekend’s regular season finale against Nottingham and Manchester.

“It’s been one of the most fulfilling years of my career watching my team-mates embrace a difficult situation and take their chances.

“Watching this team turn things around since Christmas, get some wins and make the playoffs has been so exciting.

“Everyone should be incredibly proud of themselves.”

That Newcastle have sealed a top eight finish with two games to spare is remarkable given a terrible start to the season and the loss of several key players.

But without Gorrell — who continues to play almost every minute of every game for the women in black — things would have been very different.

The experienced guard has been able to elevate the performances of Eagles’ rising stars including Abby Lowe and Ori Chukwu-Etu.

But it’s Gorrell’s quality and consistency that has kept Chris Bunten’s side competitive and focused for the last three months.

“It’s always fun to play a key role and that’s been the story of my career,” she added.

“But you don’t always see the kind of growth around you that we’ve seen with this team.

“People talk about talent when it comes to fulfilling potential but you need confidence too.

“You need to go from someone who contributes from time to time to someone who has to produce every game.

“To see that transformation take place has been a highlight for me.”

But both teams will be well aware of Gorrell’s threat after a magical April that’s seen the prolific guard ink her name in the record books.

The US star became the first player in Eagles’ history to reach the 1,400-point mark earlier this month.

Her 2,000-plus points in all competitions is fourth best in the WBBL and she boasts more than 300 championship assists.

This season Gorrell has struck up an eye-catching partnership with fellow American Maddy McVicar and she added: “Maddy is so much fun to play with.

“She’s so active all over the court and takes on whatever role is needed week by week.

“For one of the smallest players in the league her rebounding is incredible and she makes it very easy for me to play alongside her.”

Newcastle’s second game of the weekend tips off Super Sunday on Tyneside with the Eagles’ men’s team in action against Surrey Scorchers from 5pm.