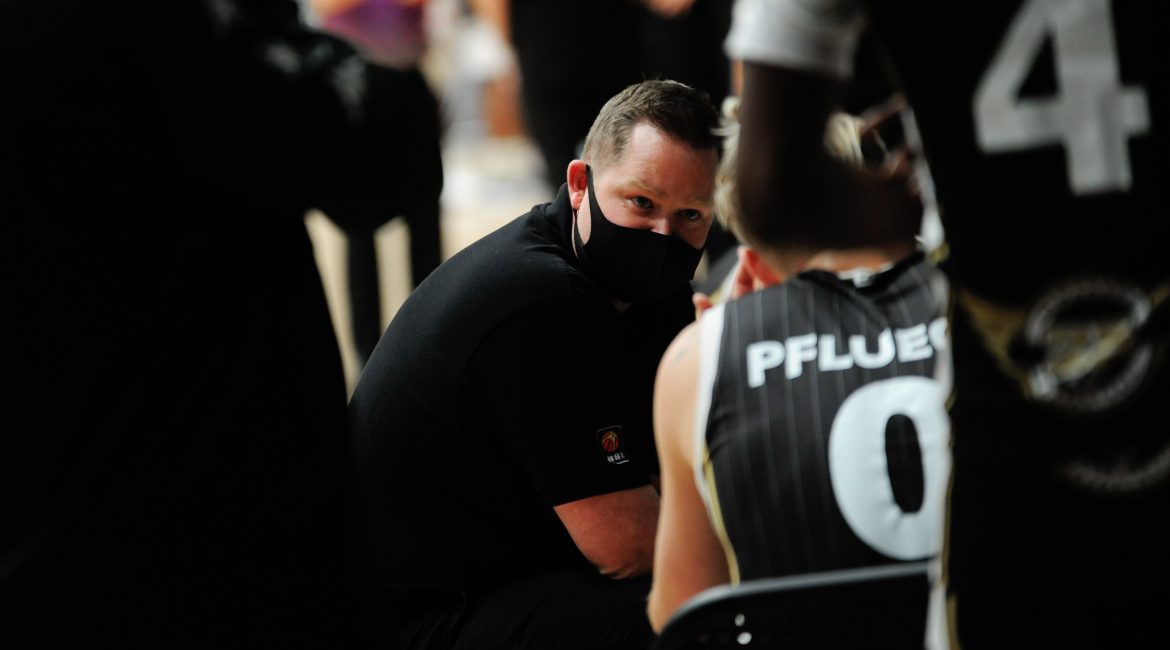 The Eagles went down to an 88-82 home defeat at the hands of Leicester Riders. They have the chance to bounce straight back tonight at the ECA.

It’s Northern rivals Sheffield Sharks who are in town and after the Leicester result and Sheffield losing down in London on Friday night the game becomes even more important as the two teams look to advance to the quarter-finals of the competition.

Head Coach Ian Macleod was philosophical about Friday’s loss and performance as he looked forward to hosting the Sharks tonight.

“Of course, I was disappointed with the result on Friday But it gives us great insight on what we need to improve upon moving forward. We’ve had a good start; this will help us be even better.”

“Our defence was probably the biggest area of improvement. We didn’t adhere strictly to our principles so it is more of a reset than a rework moving forwards. I was happy with how we took away their shooters. We held them to 5 made 3s and Corey Johnson in particular to zero points.”

The Eagles were always in the game and in particular in the third quarter when they overturned a five-point half-time deficit to take a one-point advantage into the final period. That was when their defence stood really firm but it wasn’t enough for Macleod.

“We clearly stepped up a gear in the third quarter, especially defensively. But this needs to be the first to punch we throw, not a counter punch. The game is and always has been about a 40-minute effort.”

With that game behind Newcastle, Macleod and his team have had to turn their attentions quickly to tonight’s game which looks like being another tight encounter. The Eagles did beat Sheffield at the ECA pre-season back in September but this will be a different ball-game.

“Sharks are always a well drilled and balanced team it will be another tough game in a group of tough teams. We’re looking forward to it and it should be another good one for the fans to watch on the live stream.”

“The previous game was 6/7 weeks ago, and both teams have come a long way since then. Everyone is learning and evolving at this point.”

Macleod mentioned about how tough this BBL Cup Group is and indeed it has been dubbed “The Group of Death” to borrow a football analogy. Eagles will need to be at their best as they plan to get the win as Macleod explained.

“I see the keys being adherence to our own principles and standards firstly. Ensuring we commit to our style of play first and then move to look at the opposition.”

“Antwon Lillard and Nick Lewis are the high-octane players for Sheffield but they cannot be our sole focus. They have some great veteran talent on the roster and it will be another exciting game.”

Indeed, it should be another exciting game as Newcastle look to get back to winning ways and re-establish their group position. The game at the Eagles Community Arena tips off at 7pm. Virtual tickets to the live stream are available from the box office.