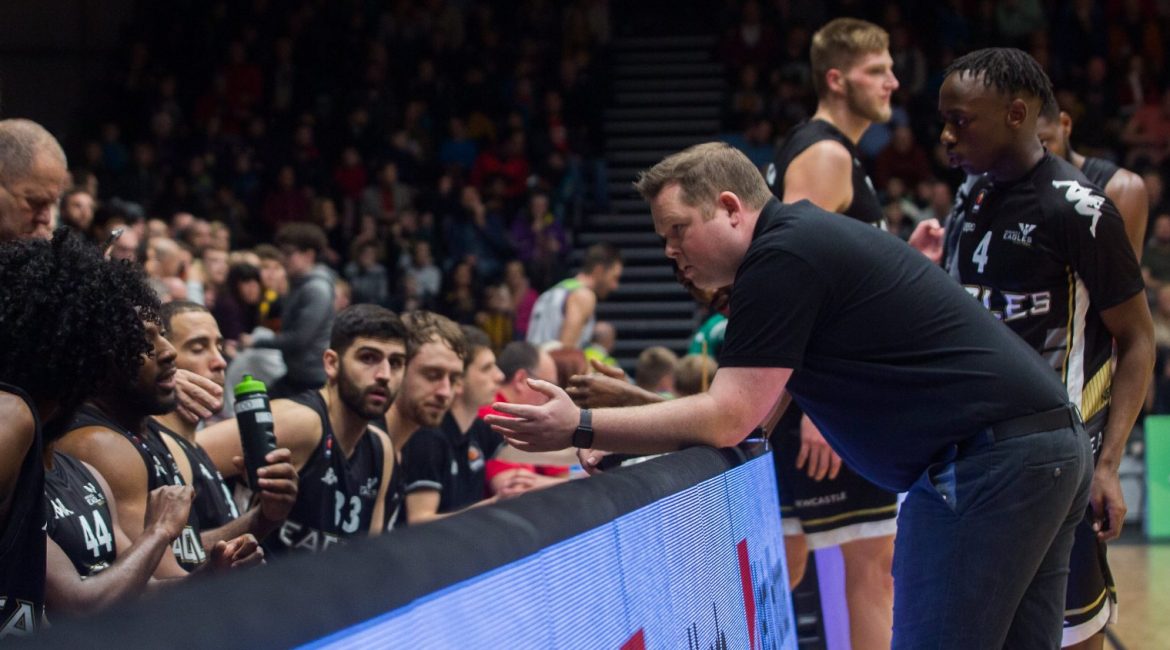 Head coach Ian MacLeod is pressing ahead with his bid to revolutionise Newcastle Eagles on and off the court – as the club looks to negotiate the busy festive period unscathed.

Fabulous Flournoy’s successor took over the reins from his former boss this summer and has quickly stamped his mark on a team in transition.

And MacLeod explained: “Everyone is pulling together to make sure we’re in the best shape possible.

“When I accepted this role I wanted to look at what we were doing as a club to support the work everyone sees on a match night.

“I’ve been working hard to put a team in place to help the players with every aspect of their game.”

MacLeod, who is assisted by stalwart Dave Forrester, is still looking to add to his match night coaching staff.

But the focus leading up to Christmas has been on pulling together sports experts capable of improving the off-court experience for a talented roster.

Nutritionists Jen Smith and Kirsty Yellowlees have been brought in to work alongside chef Luke Orwin with daily post-practice meals a popular feature of life under MacLeod.

“What Jordan has brought to the table in terms of S&C support has already had a positive impact,” added the Eagles’ playcaller.

“Sometimes as a coach you can get hung up on the technical side of things but focusing on the physical and mental side of basketball is extremely important for the players.

“Jordan has been great in that respect and I’m delighted with the work he’s been able to do so far.

“Katie is with us at least two times a week and just having her there to iron out the daily aches and strains associated with professional sport is a huge bonus.

“That kind of expertise is what a performance sport environment should have. It’s not just about focusing on results.

“It’s just as much about building a club as it is about the team.

“We’re trying to improve every aspect of what we do – whether that’s getting the players to buy into the S&C or sitting down and having a meal together every day after practice.

“Our players get good quality food on-site at our own venue. That’s just one of the many benefits of having our own building and facilities.”

Newcastle’s Under 19s can access additional S&C support from Alex Randall and MacLeod’s vision is to offer similar support to competitive teams throughout the club.

“It’s all about building on that professional environment and ensuring that aspirational players can find a home at the ECA,” he added.

“It’s my job to take care of results on the court but I also want to work with people who can help us achieve so much more as a club.”

Newcastle host a Sheffield Sharks side who head to Tyneside full of confidence following a brace of BBL Cup wins against the Eagles earlier this season.

But the black and whites are unbeaten in the BBL Championship and have added the powerful CJ Gettys to the mix since the last time the two teams met.

Tip-off is at 7.30pm with a limited number of tickets still available: