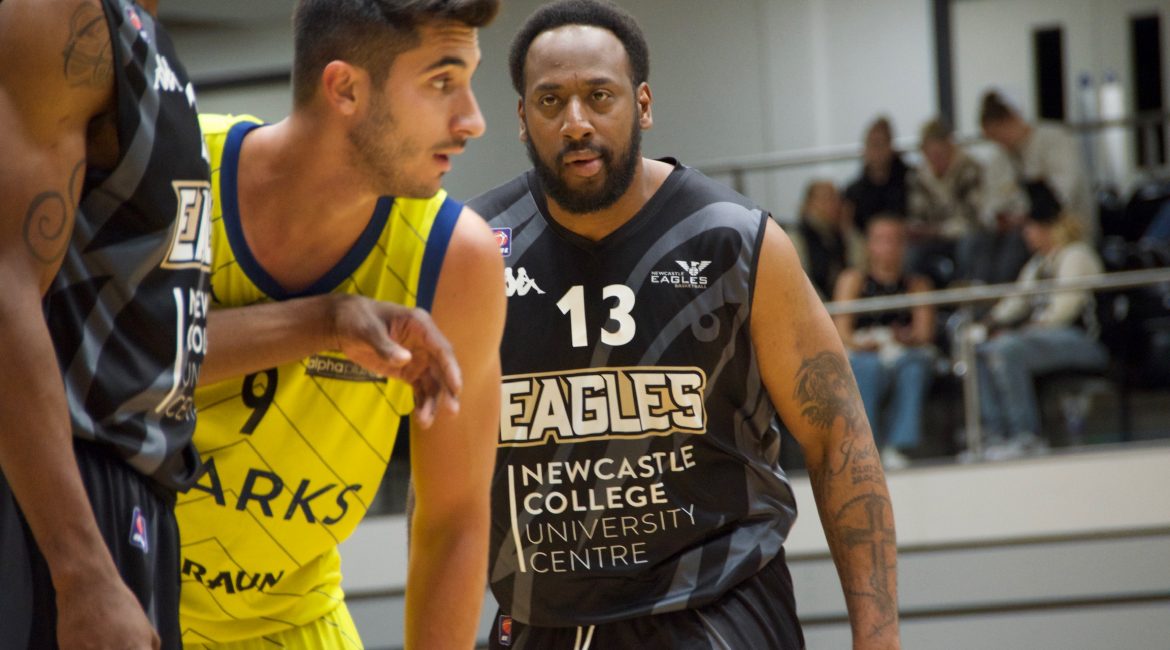 Newcastle Eagles head coach Marc Steutel is excited to get the new BBL season underway on a sold-out Friday night against Manchester Giants.

This summer has brought about a host of changes on Tyneside for the Eagles, which included the departure of longstanding guard Rahmon Fletcher.

Friday night will see Fletcher return to Newcastle as part of the Giants to face a new look Eagles squad hoping to get their BBL season off to a flying start.

While the summer squad overhaul could be a cause of concern, it is not something coach Steutel is worried about.

And the head coach admits he cannot wait to get the new season started.

“Excitement’s the right word,” said Steutel when asked about the atmosphere within the Eagles camp ahead of Friday’s curtain raiser at the Vertu Motors Arena.

“We’ve been working hard daily and it’s been an interesting preseason with a lot of new faces in the team.

“It’s provided some opportunity for us to grow in certain areas, but obviously provided some challenges in consistency and trying to get on the same page quickly.

“I’d summarise the mood by saying we’re excited and looking forward to playing on Friday.”

With so many new faces coming into the fold this summer, Steutel’s Eagles have been working hard to build-up chemistry on the court ahead of Friday’s clash.

But while this is a new look Newcastle side, one thing has not changed, namely the presence of the BBL’s most decorated player, Darius Defoe.

Defoe signed a new deal to remain on Tyneside this summer, and his experience, alongside the likes of Ben Mockford and Jermel Kennedy are something Steutel hopes to rely upon this season.

“In terms of leaning on experience obviously, we’ve got Darius [Defoe] who is Newcastle Eagles,” said Steutel.

“His experience is key for the group. I’ve been really pleased with the way that he’s led the group.

“We’ve got a couple of guys in Ben Mockford and Jermel Kennedy who bring real experience in terms of their careers and where they’ve played and the level they’ve played.

“They’re both aware of the league, so they’re also helping set expectations.”

A new season of basketball brings about plenty of excitement. However, there’s no doubt Friday will not be without its challenges.

The Eagles welcome a Giants side who boast an impressive roster and will be well aware of the threat posed by Fletcher and co.

Two-time BBL League MVP Fletcher starred on Tyneside for seven years prior to his Manchester move, helping the Eagles to multiple titles.

And his former teammate Defoe believes that while he is due a warm welcome from Newcastle fans, their friendship will be well and truly put on hold when they step out onto the court.

“Rahmon’s going to get a good reception coming back,” said Defoe.

“He’s done a lot for the team during his time here so he deserves a good reception coming back. I hope he does because he’s one of my good friends.

“But at the end of the day, when we cross them four lines we haven’t got any friends.”

And Steutel echoed Defoe’s words, stating he also believes the former Eagles guard is well deserving of a warm reception on Friday night.

“I think Rahmon will probably get the reception he deserves,” added Steutel.

“He’s been instrumental in delivering a lot of success here for the club and he’s somebody we hold in the highest regard. .

“But without any disrespect to Rahmon, our focus at this stage of the season is Newcastle Eagles.

“Hopefully the fans will show their respect, but for someone like Darius, I know what his mindset is and as soon as it’s gametime, that’s it. It’s Newcastle Eagles versus Manchester Giants.”

Tonight’s tip-off is sold-out, but fans can still watch online from the BBL’s YouTube channel and tickets for next Friday’s action are on sale now from the box office.