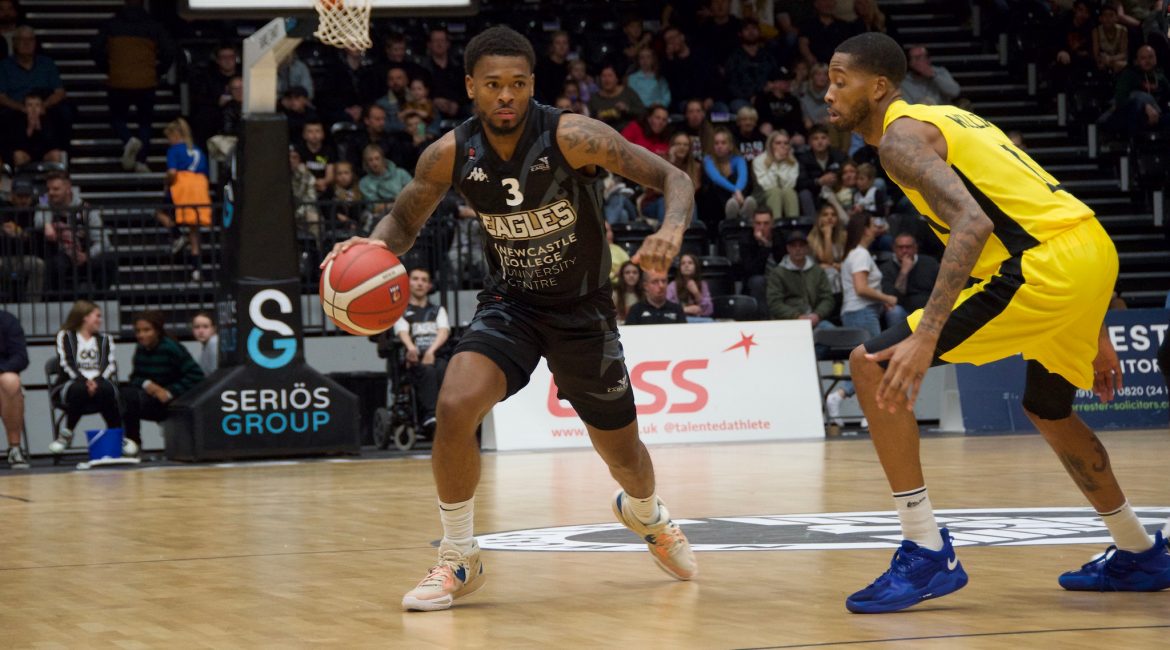 The Eagles lost both games last weekend although in truth they could have come out with two wins.

Last Friday night in a sold-out Vertu Motors Arena they led after three quarters against Manchester Giants before imploding in the final period. Then on the road last Sunday against Cheshire Phoenix they were in the game all the way but just came up short down the stretch.

One of the bright spots for Newcastle over those two games was the form of point guard Javion Hamlet. The former North Texas Mean Green scoring machine certainly showed he could produce at BBL level averaging 19.5 points, 5 rebounds and 4 assists over the two games.

But as he previewed tonight’s game it’s only the team and the way they progress that he’s interested in.

“Despite the results it was great to be playing competitively. We got better as the games went on in the aspects where we needed to. We obviously know how good we can be, we all just have to click and click together at the right time.”

“We’re making adjustments each and every day we’re together at practice.”

“Looking at both games we didn’t matter so my performances don’t matter. I’d rather have the wins but I’m just trying to give my team a boost. I have teammates that trust in me and made it kind of easy for me.”

“I have to give a lot of credit to them because they put me in a position to make some shots and that’s what I’m here for. It was just a shame we couldn’t get any wins.”

Hamlet is aware of the threat the unbeaten Lions present tonight but he’s still confident in his own and his teammates ability and the way they’ve prepared for the game.

“We’ve had a great week in practice and put a lot of things together. We know that we’re 0 – 2 but the season is a marathon not a sprint. We know we’ve got to tune up some things and when we do that we know we’ll win a lot of games.”

“We’re just going to go out there and play our game, compete hard and try to get the win. It was great to see the whole City of Newcastle come out for us last week. I hate that we didn’t get the win and I hate that I played bad in front of them.”

The BBL will look on with interest to see if Hamlet and his teammates can be the first team to lower the colours of a tough, star-studded Lions side in what will be a great occasion whatever the result.

Limited tickets are still on sale from the box office for this set-to-sell-out game.