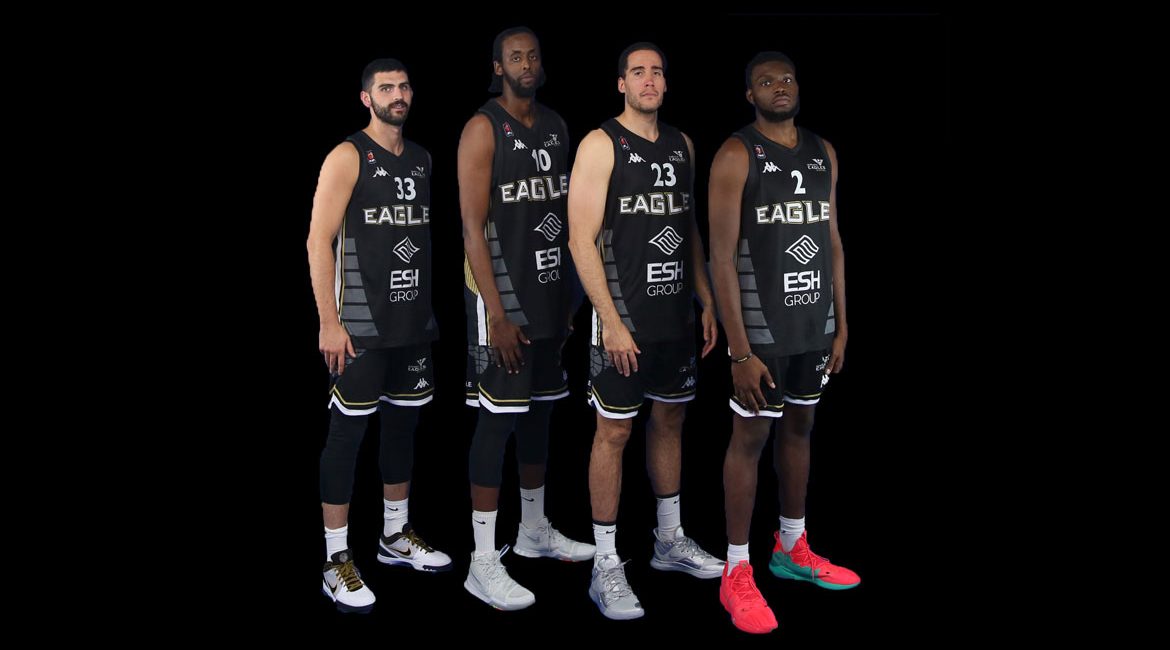 Kai Williams is readying himself for a wide-open season of top-flight hoops after predicting a rollercoaster ride for players and fans alike.

The BBL veteran is a keen student of the domestic game and believes the current campaign could be the most unpredictable yet.

But Williams sought to reassure the Newcastle faithful that the Eagles are ready for fierce rivals Leicester Riders tonight despite last week’s cup setback in Sheffield.

“I think one thing that will become clear this season is that the league is going to be much more wide open,” said Williams.

“There’s going to be more parity from top to bottom.

“There are some great coaches in the league and teams are still changing.

“I honestly believe that it’s going to be up and down for a lot of teams during the course of the year.”

Newcastle have already experienced peaks and troughs during an inconsistent start to the Eagles’ BBL Cup campaign.

And if a thrilling road win at the Riders last month represented an early high then a blowout defeat at the hands of the Sharks proved to be a painful low.

“We lost against a very good Sheffield team that’s number one in the league offensively,” added Williams. “It was a poor performance on the road and we know that.

“But I’m not worried about the mood in the camp. We’ve watched the video and we know what we can do better.

“People talk about the younger guys and their mindset but we don’t have too many younger guys.

“Sure, we’ve got a few players who are new to the league but the likes of Rod [Glasgow Jr] and Mike [Morsell] have been around basketball for a long time.

“They understand that a team will have good games and bad games during the course of a season.”

Newcastle clearly need a good game against a Riders’ side visiting the Eagles Community Arena for the first time.

But Williams is in no doubt that Leicester – boasting new big man Darien Nelson-Henry – will ask plenty of questions of a team in transition.

“When you look at the Riders you know they will always pose a threat,” he added. “Aside from the longstanding rivalry between the two teams – which started before I arrived here – the Riders have an extremely good coach in Rob Paternostro.

“His players are always game ready but I suppose they’re like us right now. They’ve not had everyone available so far and nobody really knows what to expect when they have a full roster at their disposal.

“It’s the first time Leicester have played at the ECA and it should be a fantastic atmosphere.”

Not for the first time this season interim head coach Ian MacLeod faces a selection dilemma with Glasgow Jr’s new passport yet to be rubber stamped.

Until that happens only three of Newcastle’s four Americans can play at any one time, meaning one of Glasgow Jr, Morsell, John Mitchell or Rahmon Fletcher must sit out the Riders’ clash.

It’s a situation that continues to frustrate MacLeod and his coaching staff but for now the focus is firmly on picking up points against Leicester and consigning that heavy loss in Sheffield to the history books.

“This group of players is a competitive bunch,” said Fabulous Flournoy’s successor. “They don’t like losing games.

“But it was great to see Mike back out on court last week and he’s looking really good in training.

“The guys just need to find their role in this team and be relentless in terms of executing that role. They need to understand what’s expected of them and this week has been about gaining greater clarity in that respect.”

MacLeod insisted his players have learnt more from their losses against Sheffield than any of their wins and echoed Williams’ view that the BBL is a league in flux.

“It’s strange because the results across the league have been pretty wild in the last few weeks,” he added.

“The only team with a perfect record is the London City Royals and then you look at Sheffield – they dropped a game straight after beating us.

“I think everyone expected the London Lions to kick on after the All Stars competition but that hasn’t happened. It’s been up and down across the league.

“There are a lot of moving parts and I don’t think anyone can anticipate which line up is going to start any one game.”

Tonight’s clash tips off at 7.30pm with a limited number of tickets still available.