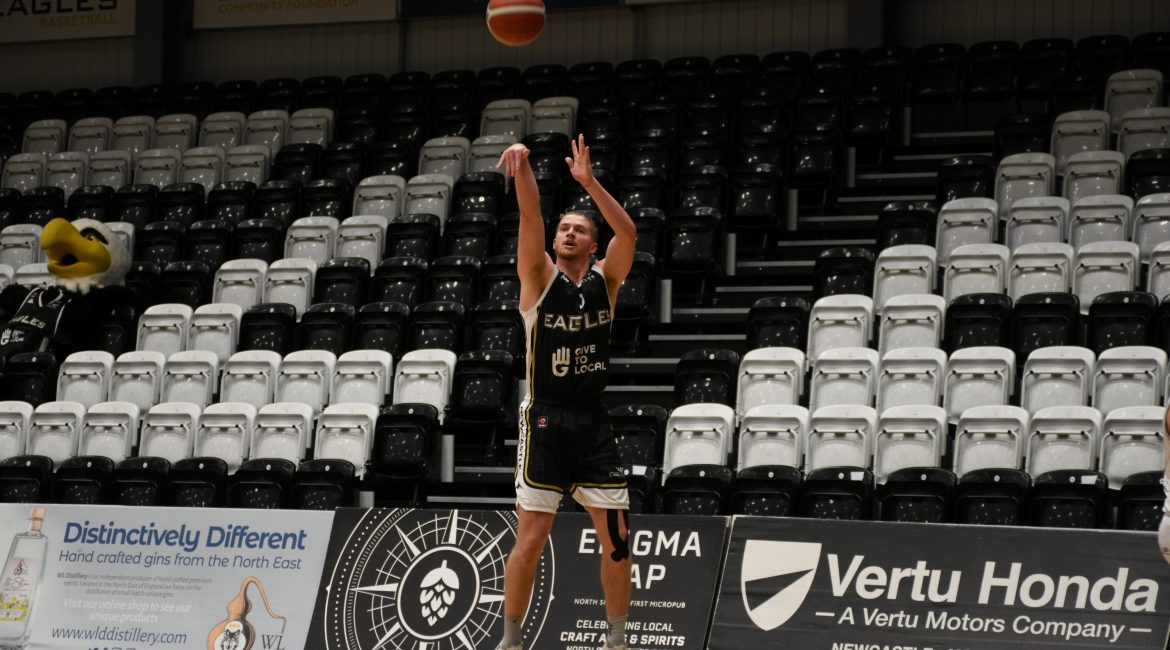 Those victories got the Eagles back on track after a few tough losses and showed that there’s still plenty for them to play for this season as they head towards the end of season and the play-offs.

One of the big plusses for Newcastle was the form of guard Rex Pflueger. The ex-Notre Dame Fighting Irish star put in two very solid performances from the bench lending great support to the starting five. Pflueger outlined what he felt the reasons were for the team and his own efforts.

“I think we went in with a great mentality knowing that we only had ten games left. Our team rallied around that idea that there was only ten games left and that was our new season. We really speared into that last Friday. We had a lot of energy and everyone was in tune and locked in.”

“We knew it was a big weekend for us at the start of this new ten-game season as we’re calling it. You could just feel the energy out there in the team to make this push and maybe still win the regular season as well as to set us up well for the play-offs.”

Remotes at the Ready for British Basketball’s Second Season on Sky Sports
October 13, 2021

Tickets To Fly Away With Our Eagles This Weekend
September 28, 2021

The two wins last weekend were very similar in style with Pflueger and his teammates getting off to a good start in the first half and creating a lead that enabled them to withstand any comebacks and take the wins comfortably in the end.

“We’re definitely being more aggressive from the start and getting back to our roots playing fast and everyone’s just playing very well right now.”

That includes Pflueger himself who has changed his role slightly within the team structure. For most of the season he’s been in the starting five but the two games last week saw him coming off the bench. Something he talked about with Head Coach Ian MacLeod.

“It was kind of a mutual decision. I wanted to come off the bench as I saw a better fit for me being a little bit more of a facilitator. It’s difficult to get the ball in my hands when I start with having two really good point guards in the starting rotation.”

“Having me come in with the second rotation gives me a lot more freedom to have the ball and make plays for the other guys. I was pleased with my contributions as because at the end of the day the main goal is to win and I want to do whatever it takes to help our team win.”

Winning is a good habit to get into and Newcastle have an excellent chance to make it three wins in a row tonight against Glasgow in front of the Sky Sports cameras. The Rocks are struggling at the foot of The BBL.

They were also hit by both their star Americans Christian Keeling and Ronald Delph leaving the Club after last Sunday’s home defeat against Surrey Scorchers. Pflueger knows though that doesn’t always mean his team’s task is easier.

“We are confident but we have the same mindset for every single game. We don’t look down on any opponent. We want to make sure that the number one thing is that we execute our game plan and that everyone is locked into that.”

“Basketball’s a tricky game. You lose sight of that and go missing for any minute and you can end up losing a game where you should have that easy win. So, our mindset is not going in thinking we’ve got a win but thinking we need to earn the win.”

“In reality their situation means they have nothing to lose and can just go out and have fun and play basketball. That makes them a very dangerous team to play against so we have to be ready for that.”

The Eagles also face a trip to Surrey on Sunday for a revenge mission against a team they surprisingly lost to a few weeks ago. A win tonight would further enhance the mindset before that long Easter road trip.

Tonight coverage of our Eagles tip-off against the Rocks at 7:30pm follows London Lions vs Sheffield Sharks at 5pm both live from the Vertu Motors Arena on Sky Sports Action (with subscription) and Mix (free for all Sky customers) with all the build-up from 4:30pm.