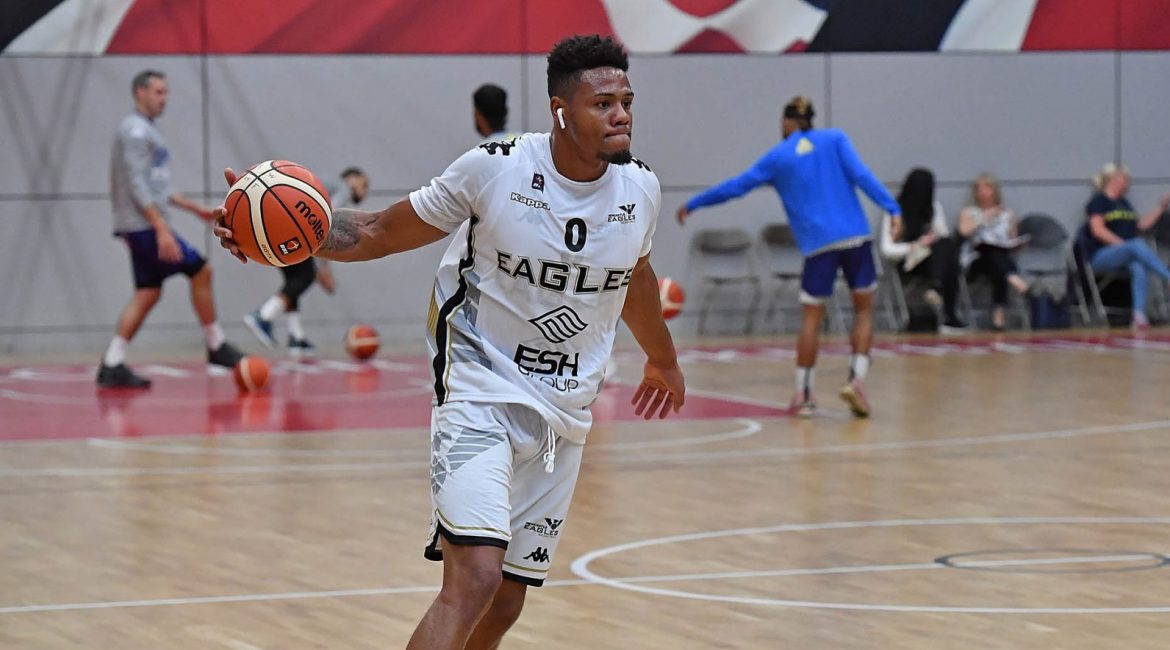 It’s the dawning of a new era at the Eagles Community Arena tonight. Not only do the Newcastle Eagles open the doors on their first full season in their new home, they do so with a new team and a new head coach.

The 2019-20 Eagles will be coached from the side lines by local lad made good Ian MacLeod who has made his way through the various coaching ranks of local and national leagues to earn his position at the helm of Newcastle.

He replaces the almost irreplaceable Fab Flournoy after serving diligently as one of Flournoy’s assistants in The BBL. MacLeod has had considerable input to the recruitment of this year’s roster and amongst the new faces will be 6’ 9” Centre John Mitchell form The Bronx, New York.

The American is pleased to be in Newcastle and is looking forward to tonight’s game as he settles into his role for the forthcoming season as he makes his home debut tonight.

Less than 24 hours after arriving last Saturday, Mitchell was thrown into the deep end at Sheffield in the Eagles preseason 66 – 61 loss last Sunday. He was happy with how it went.

“It went well for me. The Coach was very smart before we played Sheffield as he got us a practise in as soon as I got off the flight. Then we went to play Sheffield the next day and I thought as a team we did really good.”

“I think we have all of the necessary pieces in the necessary places so I think things should work out well this year. We’ve worked hard every day and now I’m just looking forward to the first game and about playing in front of our fans for that game.”

“This is my third season as a professional and it hasn’t been an easy road for me to get here so now, I’m here I’m extremely excited. The fans need to be ready for a lot of dunks and a lot of fun this year.”

In a late move, Mitchell will be joined on the bench by the Eagles final signing tonight. Local youngster Sauver Kande has been rewarded for his excellent showings in both practice and preseason games with the senior side with a place on this season’s roster.

The 17-year-old 6’ 4” small forward with a good perimeter shot has been with the Eagles since playing for their Under-14 Academy side. He will remain a part of the EABL set-up under Coach MacLeod at Under-19 level and combine that with his senior duties.

The 2019-20 season action gets underway tonight with tip-off at 7:30pm against Cheshire Phoenix in a BBL Cup North Group game in the Eagles Community Arena.

Tickets are still on sale and available on the door: