Preview: Eagles at Wolves and Royals 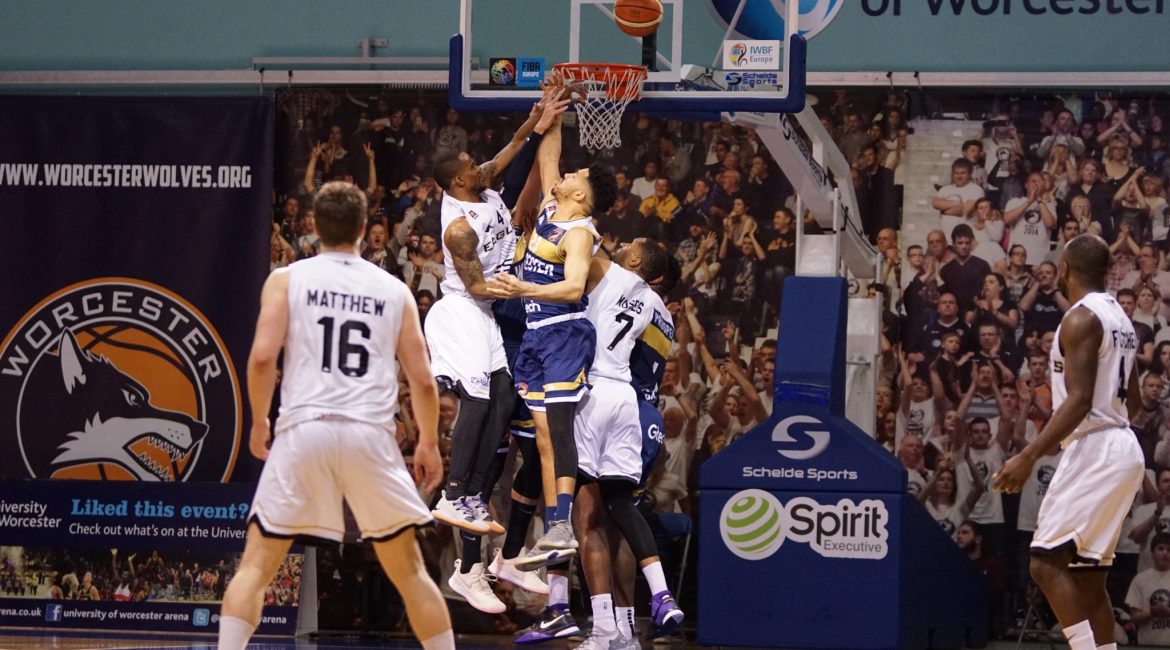 Esh Group Eagles Newcastle face a tough road trip this weekend with back to back games in Worcester tonight where they take on the Wolves and then tomorrow when they head to Crystal Palace to take on the London City Royals.

Both are venues the Eagles have visited already this season with contrasting fortunes. Back in November in London, Newcastle went down to a 98 – 81 reverse whilst in February they won at Worcester 103 – 92. If the Eagles could take two wins from the weekend it would greatly enhance their play-off position.

It would also give them a clean sweep of the season series v Wolves whilst also giving them a crucial head-2-head against City Royals one of Newcastle’s main rivals for a top four spot. Mercurial Point Guard Rahmon Fletcher is hoping his side can take last weekend’s double-winning form in to this.

“It’s something to build on. Minus the Leicester game which we had a chance to run away with and didn’t we had been playing well and building on something as we’d had some nice wins in that period. These last two games our biggest focus was defence which we wanted to focus back on after losing to Leicester.”

“Against Bristol especially and Cheshire we took away what they wanted to do and that gave us a chance to run in transition and get easy baskets and not settle for poor shots. That’s kind of been our recipe for winning.”

“We have to take that forward this weekend because we have two tough games. Worcester are playing well and have got Tony Garbelotto who has established his system with them now. Even though they have the same players they are a totally different team to the last time.”

“Royals have won a trophy so no matter what they have in wins and losses they are a tough team. It’s funny this year as they’ve beaten Leicester and obviously Lions in the Final but in their last two lost to Sheffield and Glasgow.”

“So it makes it hard to work out what a team will do so you have to focus on what you can do and need to do and we know it’s going to be a tough one as we have back to back games with no break in between so we have to stay true to what we do.”

Fletcher had two different games last weekend playing really well defensively against Bristol and then scorching Cheshire for 27 points and 12 assists. Form he hopes he can continue to show and contribute for the team.

“When it comes to different games my mindset is what can I do to set the tone, what can I do to get us going. I’m playing defensively more aggressive this year. Against Bristol it was about cutting off the head of that snake and not letting them get in to their offence and being on the point guard it worked well.”

“On Sunday I was on their shooter which freed me up a bit more offensively so they were two different type of games and hopefully I took what they gave me and that helped us get a couple of good wins and that’s how I’ll focus for this weekend, just doing what I’m needed to do.”

Fletcher’s performance at Cheshire earned him a spot in The BBL Team of the Week where he was joined by team-mate Victor Moses. The Fletcher to Moses 1-2 punch is one of the most talked about in the league and something that teams can’t seem to stop which opens up things for Newcastle.

“With Vic in this league he’s supposedly a 4 or a 5 but when you see the way he runs the floor and searches out the ball he’s more of a 3 and that makes him a tough ask for the bigger guys who guard him. He just has a real knack and eye for the ball and as a point guard that’s great for me.”

“He moves well off the ball and makes it difficult for big guys to guard and move with him. He just seems to know where I’m going to put the ball and often a couple of seconds before I do. I just pop it to him and he grabs it and does the rest.”

The Eagles will be hoping that 1-2 punch and their continued focus on defence will deliver the knockout blow to land them two big wins this weekend.

“We all know each other at this stage of the season so it’s about who sets the tone first and who establishes what they want to do first. That’s something that we have to get on against two talented teams. We’re building towards the play-offs that’s our focus and staying on the right path and track mentally.”

“That’s the biggest thing about play-off basketball. Whoever’s playing well going in with the right mindset and confidence usually comes out well and that’s what weekends like this one are all about, setting the tone.”

Saturday’s visit to London is available to watch live at the Eagles Community Arena in the VIP Hospitality Suite from 7:30pm straight after our WBBL team are at home to take on Leicester Riders at 5:30pm. Tickets are £5 for both games and half-price for BBL season ticket holders.