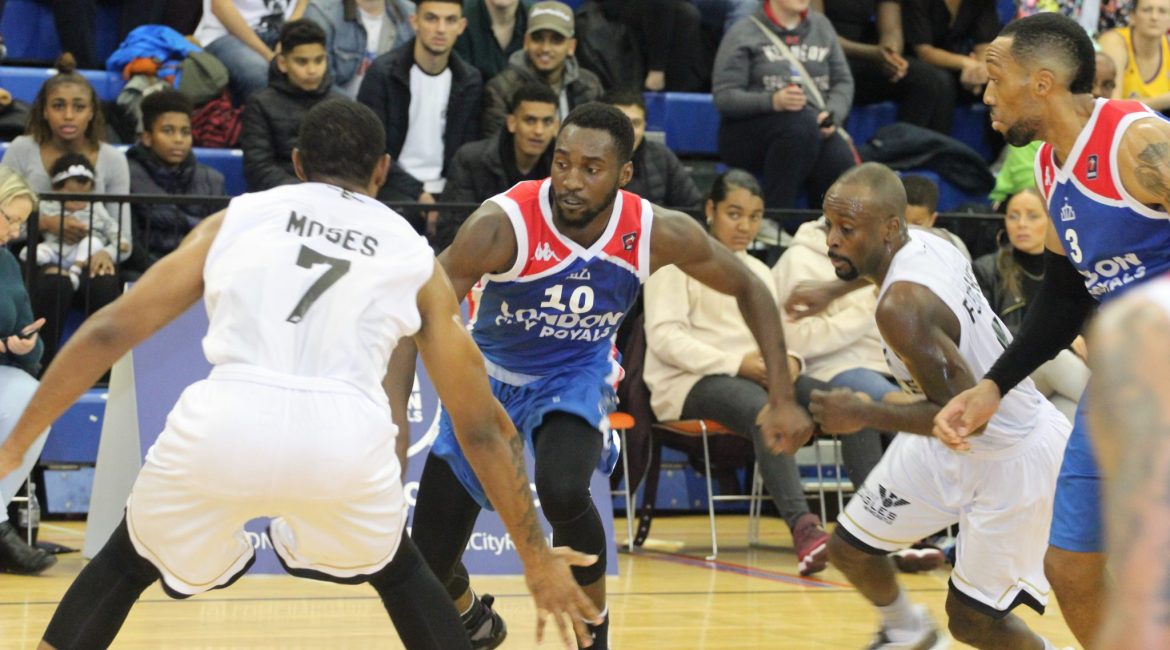 For the second night in a row Esh Group Eagles Newcastle faded at a crucial stage of the game allowing their opponents to pull away and open up a gap they couldn’t close. It meant more Capital punishment for an Eagles side that looked dispirited and dismayed as the final buzzer sent them home pointless from their latest back-to-back weekend.

The Eagles will now have virtually a fortnight’s rest and recuperation before they take to the court again. This time it will be in a two-legged BBL Cup Semi-Final clash against Friday night’s conquerors London Lions. On the evidence of last night and a fourth league defeat of the season, the Cup might be Newcastle’s best chance of silverware this campaign.

This was billed as a revenge chance for City Royals who had received a massive 110 – 60 drubbing at the hands of the Eagles in Newcastle last month. They certainly took that revenge with a superb second half performance that tore the fight and heart out of a tired looking Eagles squad.

For Newcastle, Victor Moses battled gamely all night and Rahmon Fletcher and Darius Defoe gave great support but apart from a brief flurry towards the end of the first quarter and the beginning of the second, Newcastle always looked on the back foot against a London side that showed that they’re clearly a force to be reckoned with despite it being their first year in the BBL.

The opening of the game saw Newcastle’s big men and normal inside threat, Defoe and Moses both knock down more unfamiliar triples to keep their side in the game early. At this point the visitors had a bit momentum and around the quarters break sneaked in to a nine-point lead at 26 – 17.

However, with ex-Eagle Orlan Jackman and Great Britain International Matthew Bryan-Amaning leading the home side they gradually forced their way back in to the game and they only went in to the locker room down the two-points Fletcher netted from the charity stripe on the first-half buzzer.

City Royals levelled the game as the second half opened but six points from Victor Moses edged his side back in front at 54 – 50. It was then that once again the wheels inexplicably came off the Newcastle wagon. Royals turned up the heat at both ends of the floor and the pressure burst them through the Eagles ranks with fifteen unanswered points.

Kyle Williams stopped the rot with a triple but the home side motored on in the third and the 36 – 20 score line in the period told the story giving Newcastle a massive 14-points to find in the final quarter. They started well with a couple of buckets from the dependable Moses and a triple from Fletcher to cut the gap to eight and force a home time-out.

That time-out steadied the Royals nerves and they took time out of the clock and hit back with an 11 – 4 run that effectively sealed the game and gave Head Coach Fab Flournoy and his beaten roster a long ride home to think about things and to re-group before that forthcoming BBL Cup Semi-Final.