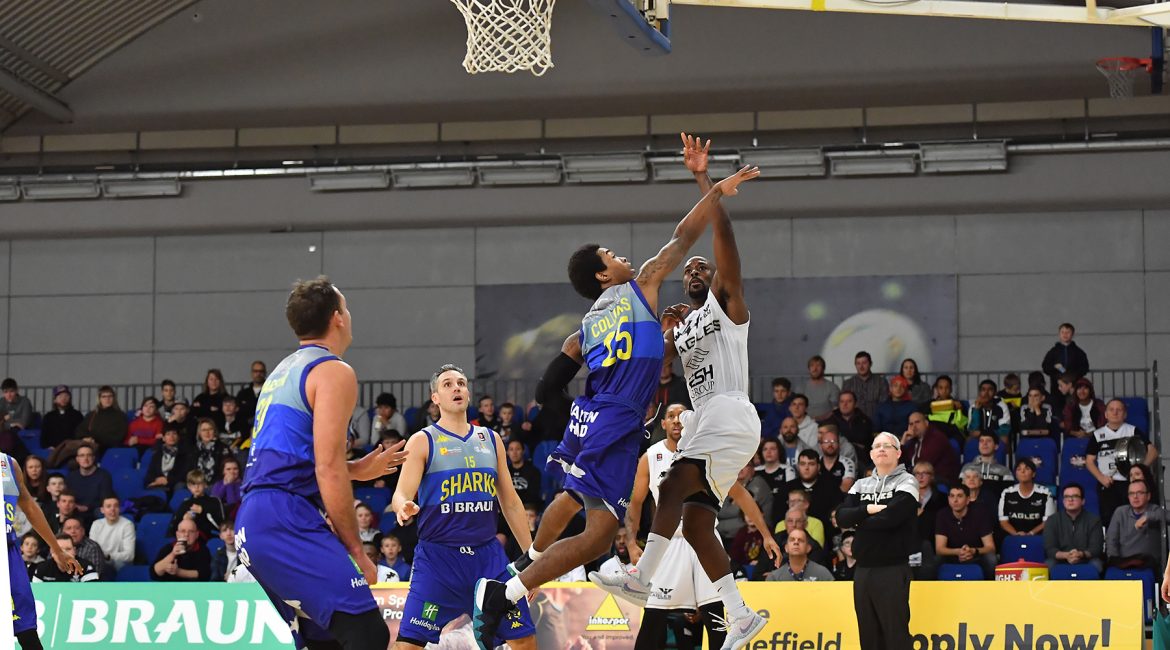 Rahmon Fletcher is adamant team-mate Kyle Williams’ only weakness is his lack of experience after watching the red-hot rookie explode in April.

Newcastle Eagles’ veteran guard joined Williams in this week’s BBL All Star five after the pair plundered a combined 72 points against Surrey Scorchers.

And Fletcher is expecting more fireworks from his young apprentice ahead of back-to-back clashes against Sheffield Sharks and London Lions this week.

“Kyle had been building up to that performance for the last couple of weeks but that was a breakout display for him in the BBL,” said Newcastle’s two-time league MVP.

“What everyone saw against Surrey was the result of what he’d been doing in practice for a while now and I knew he was going to play well.

“But Kyle is a true rookie. He’s going to play well some weeks and not so well others. He’s been on that rollercoaster ride of a journey that I went on when I first came to Newcastle. “There’s no reason to press the panic button when he has an off day because anyone who’s new to a situation will experience those ups and downs. But he’s found some momentum going into the playoffs and that’s got to be good news for us.”

Prior to last week’s overtime win against the Scorchers, Williams pledged he would pick up the slack in the absence of several senior players.

And after adding six boards, five assists and two steals to his season-high 34 points off the bench, the young American stayed true to his word.

“I’ve known for a long time now that Kyle has got what it takes to be a big scorer in the BBL,” added Fletcher.

“He might be a little skinnier than some of the guys on court but as far as his skill level and knowledge of the game is concerned he doesn’t have a true weakness. His only weakness is that he’s a rookie and he lacks some experience.”

Newcastle travel to old foes Sheffield tonight well aware that the Sharks could provide the opposition in the playoff quarter-finals next month.

And the injury-hit Eagles follow up a traditionally tough trip to South Yorkshire with a homecourt clash against title hopefuls London Lions.

“Sheffield have a tried and tested system and plenty of talent and I wouldn’t be surprised if they make a move in the playoffs but let’s see how we match up this week,” added Fletcher. “We’ve lost against both the Sharks and London Lions in the last few weeks and we need to think about some payback before we can think about the playoffs.

“If London want to win the league before the weekend then they have to win here on Friday. But our defeat down there essentially ruled us out of winning the league so we don’t need any more incentive than to deny them the same.

“There’s definitely going to be an element of retribution around that game. We won’t be playing safe or saving ourselves. The players who are fit will play the right way against the Lions and we’ll make them work for that league title.

“The most important thing is having momentum going into the playoffs. It’s not about resting players unless we really have to.

“The players who are able to play and who are fit enough to play need to be on court. We want to get into a good rhythm going into the playoffs.”

Tickets are available for our final home game of the regular season against London Lions this Friday: