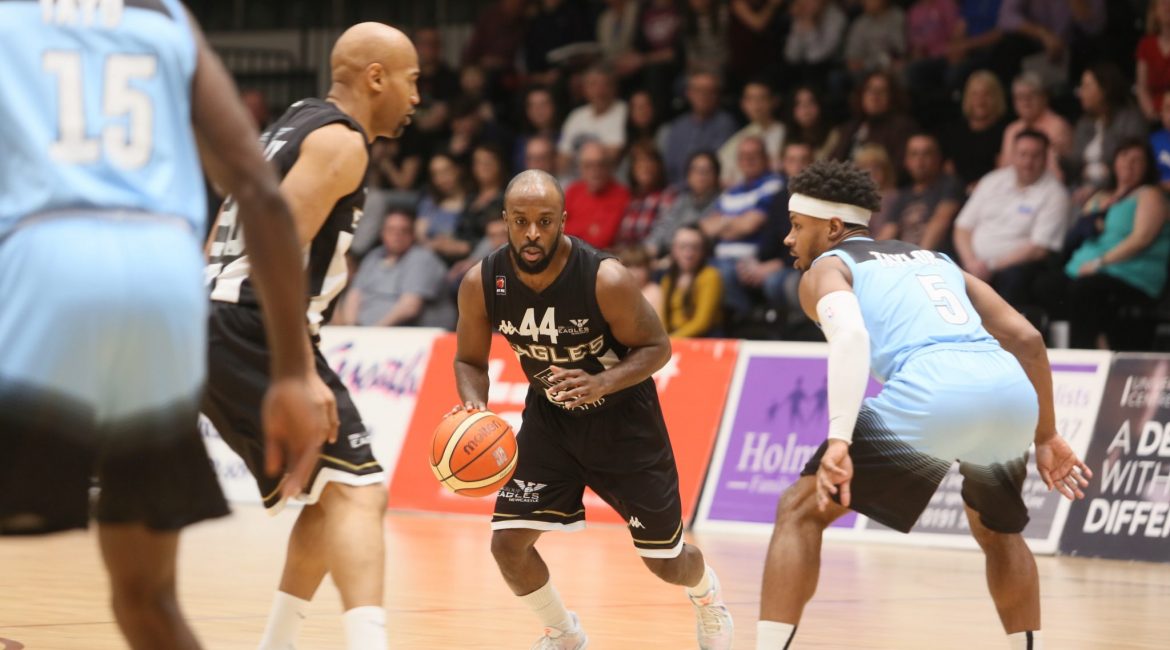 It’s the penultimate week of the regular BBL season and with a reduced roster our Eagles pulled off a remarkable result last Friday night, which got three Eagles the attention of the league in their pick of the players.

Rahmon Fletcher, the former two-time league MVP, stepped up with an incredible display to lead a comeback victory over Surrey. Fletch poured in 38 points and also dished out 10 assists to complete a double-double in the overtime success.

A second Eagle has rightly been selected for a second appearance in the All-Star lineup as Kyle Williams fired in a season-high 34 points – beating his previous best of 26. The American guard came off the bench to add vital scoring support and pulled down six rebounds with five assists and two steals over the extended game on Friday night.

There was a nod too for our veteran guard Drew Lasker who took 17 rebounds in 35 of the 45 minutes of play.

You can see the full roster for Week 28 of the season on the BBL website.