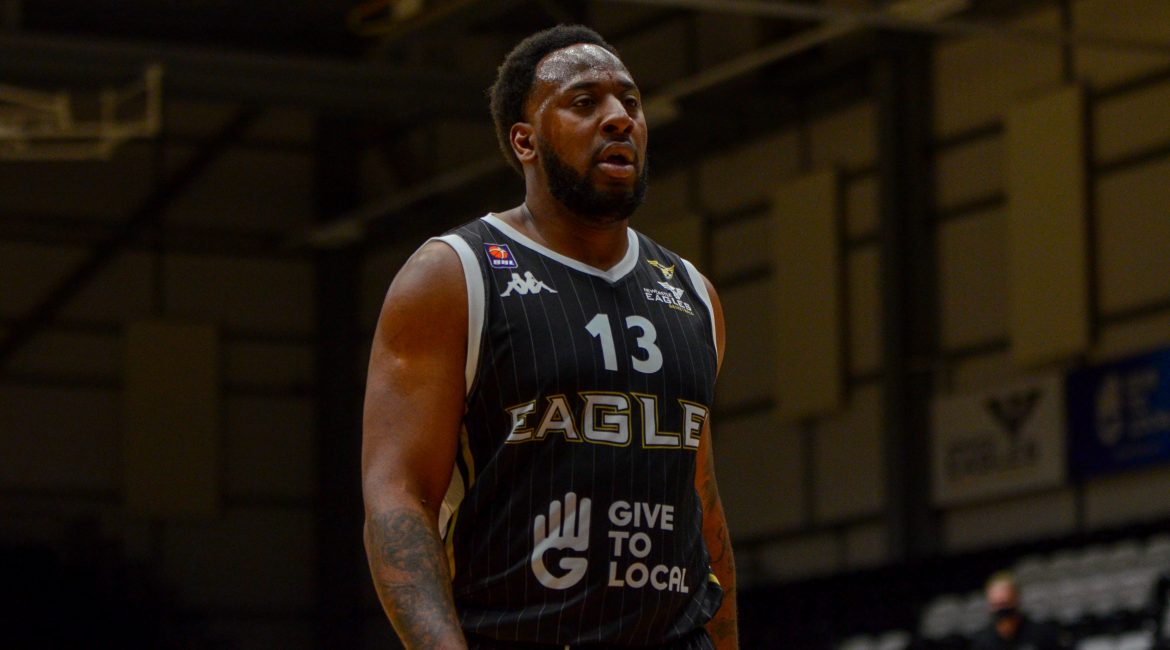 It was interesting that in amongst all the deserved plaudits for Newcastle Eagles and the likes of Rahmon Fletcher, Justin Gordon, Evan Maxwell and Cortez Edwards, Head Coach Ian MacLeod picked out another player for a special mention after Thursday night’s game

That player was 36-year-old veteran forward Darius Defoe currently plying his trade in the BBL for a seventeenth consecutive season and all spent at his adopted home of Newcastle.

After the 88 – 79 opening Championship night victory was recorded in the books in front of the Sky Sports cameras MacLeod was quick to point out the part his veteran leader had played during the game on defence in the historic live broadcast from the Eagles Community Arena.

Defoe himself was more modest as he reviewed a superb result and performance from his team and previewed the tough, long, long road trip to Plymouth for this afternoon’s match-up against the hometown Raiders.

“It was a very good performance. Everyone stood up, everyone knew how they had to play and played great team basketball as well. So very pleased indeed.”

Defoe had 4 points and 6 rebounds in just over 20 minutes on court but it was his communication and organising of the defence that drew the praise from his Head Coach.

“My role is coming off the bench and doing what is needed. I played 20 minutes where defence was my key. I was just trying to help the guys out by talking at the back making sure that my guy at the same time don’t score against me. I was just trying my best.”

Defoe’s best is generally good enough and is a vital part of the jigsaw that pieces together the team’s game plan. These days that is mainly from the bench to support his teammates in an evolving role.

“I try to use my experience on court. I’ve been here a long time and played with a lot of different players and I know I don’t have to score. I’d rather play defence and sort out that end and leave the rest of the team to score and it worked pretty well tonight.”

Defoe then looked forward to today’s game against Plymouth a side he feels are a tough one to play against and look strong.

“They look good. I was speaking with Drew Lasker and I told him that I thought they were one of the teams that will surprise a lot of people this season. They do have a good team. But we’ll leave on Saturday, get a good rest overnight and be ready to play on Sunday.”

That togetherness is what the Eagles will need against a Plymouth team coached by the November BBL Coach of the Month Paul James and in red-hot form following another away win on Friday night at Worcester.

Rex Pflueger will travel with the team after missing Thursday win over London and a late call will be made on his fitness as the Eagles attempt to go 2 – 0 in the BBL’s first weekend of Championship basketball this season.

Fans can watch the game live online for free on the all new BBL Player simply by creating an account.