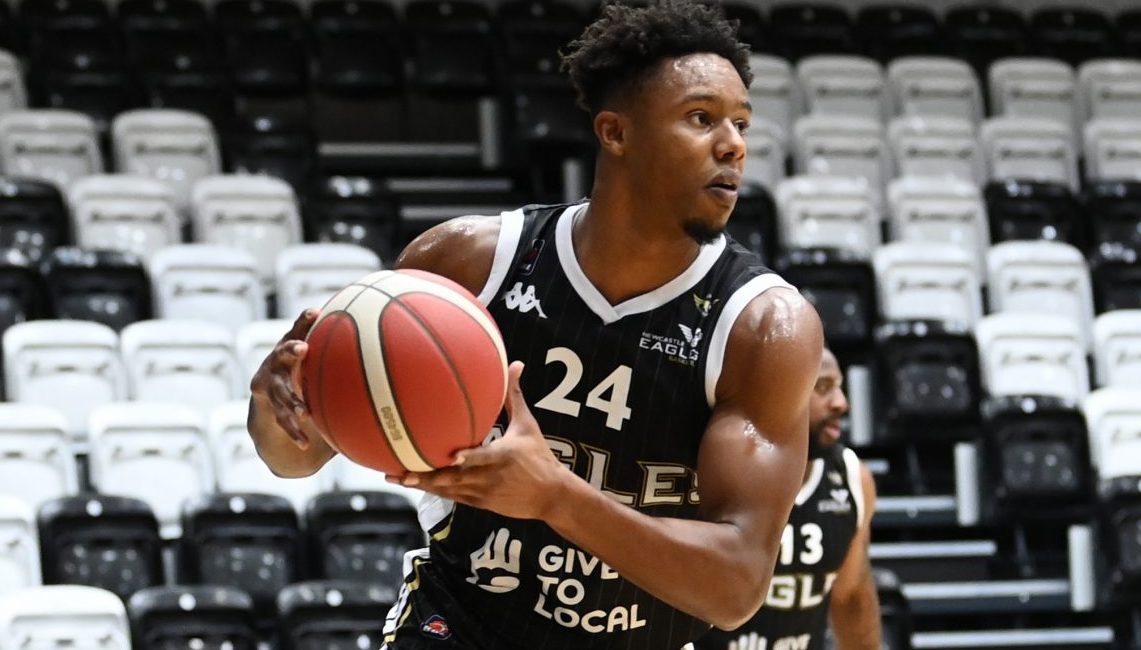 Newcastle Eagles are on the road again for the second Sunday running as head coach Ian MacLeod and his team will be hoping for a better result than the previous game, a 1-point loss down in the deep South West at Plymouth.

Their opponents are Manchester Giants and it’s a new venue for The Eagles as this season’s Giants side are playing out of The National Performance Centre at Belle Vue.

To add to that this season’s Manchester side, look a tough side packed with scorers and they had made a good start to the season qualifying, like the Eagles, for the BBL Cup quarter-finals.

However, like Newcastle they lost last time out on the road at Worcester Wolves a game which took place on Friday night. So, both sides will be looking to bounce back with a win this afternoon which makes it an important game for both sides.

Eagles new USA forward the superbly athletic Justin Gordon is also hoping to bounce back to form. A top-rated MVP performance in Newcastle’s win over London was followed by a frustrating performance for him as he found the long road trip to Plymouth a tough ask.

“It was a very tough game at Plymouth as far as our execution, not making shots but that’s just something that happens now and then. We have to move on from it and come back with a better focus and more energy.”

“We’ve got a good hard long week of practice in so we can make the shots that we had. We had plenty of open looks at Plymouth which we didn’t convert so we’re looking to correct those.”

Gordon himself had gone into the game on the back of a 26-point, 11 rebound performance against London but failed to build on that as he totalled 9 points, 3 rebounds way below the standards he’s been setting in his first season in The BBL.

“That’s just the ups and downs of the season and it’s what comes with the game. Coming off a long, long week and a really long road trip it was just something that happened. I’m looking to bounce back and sort out those issues.”

Manchester lie in the Eagles path and look a decent outfit this season but for Gordon it’s all about his own team and making sure they prepare right.

“We’re just keeping everything in-house and focusing on what we can do better. What we can do to stay sharp and be focused on the game. We have watched the opposition and got a scouting report but our week has been focused on us and what we’re going to do.”

Eagles will be boosted by the return of new GB International Rex Pflueger following his injury problems and Gordon see’s the Notre Dame graduate’s inclusion as a big boost for his side.

“It’s good to have Rex back. That’s definitely going to be helpful for us and our energy on offence and defence. Just having another body out there to run with us and it’ll be great to have him back.”

“We’re confident we can get a good result. When you drop one it’s on us to put that right and that’s how it’s been so far this season.”

Tip off at Manchester is at 5:30pm as The Eagles look to get back to winning ways following last week’s defeat.

Fans can watch live on the new BBL Player or follow updates across the club’s social media channels.