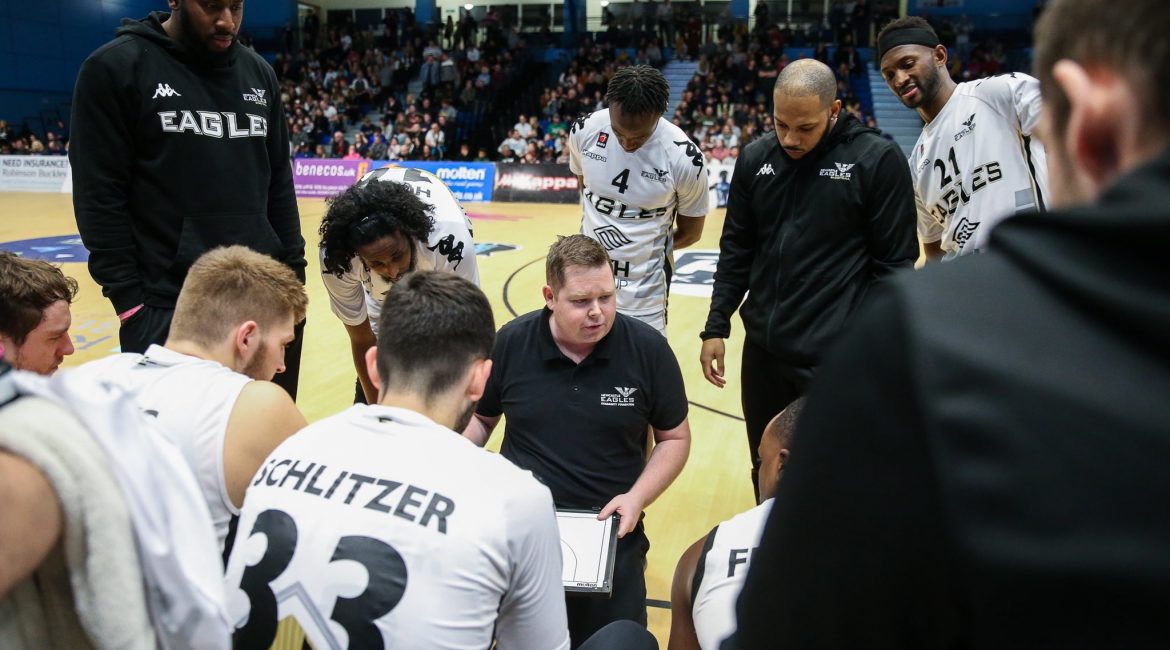 The Newcastle Eagles head to the North West for this afternoon’s BBL Championship match-up at Manchester Giants after a bad night at the office on Friday night. The Eagles crashed to an 88 – 70 defeat at home against Cheshire Phoenix turning in a very poor performance.

Head Coach Ian MacLeod pulled no punches in his after-match interview expressing anger and disappointment in his charges who must improve if they are not to fall to a shock defeat today against The BBL’s bottom side.

“I’m fully aware of what the issue was. You have to be motivated to play defence. We went up eight points in the first five minutes which essentially means the last fifteen minutes of the first half we lost by twenty-seven.

The Eagles had gone into the game without the injured Mike Morsell and with injury clouds hanging over forwards Sade Aded Hussein and Darius Defoe neither of whom started. But as MacLeod alluded to the makeshift starting five did get off to a bright start.

However, Cheshire themselves were without Captain Momcilo Latinovic who is out for the season and American Jalen Hayes and essentially ran a tight-knit well organised and drilled six-man rotation.

It gave them a nineteen-point lead at the half and that was always going to be a long way back in the second twenty minutes of a game where Newcastle simply looked out of sorts from the opening tip.

“We did show a little better in the second half and like I say only conceded thirty-one points. But we dug ourselves in to such a big hole with that first half performance. We got back to something like a ten-point deficit but then allowed them three easy looks and it turned again.”

“It’s about engagement and not being locked in. We showed some sign of fight but lack of effort was the minimum acceptable trait. We had a lot of poor defensive transition in the first half which stemmed from very static offense.”

“We got up early but we stopped putting efforts into our actions offensively which made us very disjointed and then they ran us off the court from there. But they didn’t do anything they weren’t supposed to do. They were just opportunistic and we just gifted them things first half.”

So now the Eagles have to recover quickly as they take on a Giants side desperate to get their first league win of the campaign after six straight losses. Newcastle meanwhile can’t afford another defeat if they are to keep pace with the top of the table.

“We’ve got to have more pride first in order not to put ourselves in a position we need to bounce back from and I think that’s the key for us moving forward.”

Newcastle will almost certainly be without Morsell again and he will be joined on the side lines by Hussein who sits the game out owing to a one-match ban following his ejection last Saturday at Surrey.

MacLeod knows others will have to step-up and be ready to cover or else face the prospect of another damaging defeat.

Watch live on the BBL’s YouTube channel from 5pm.