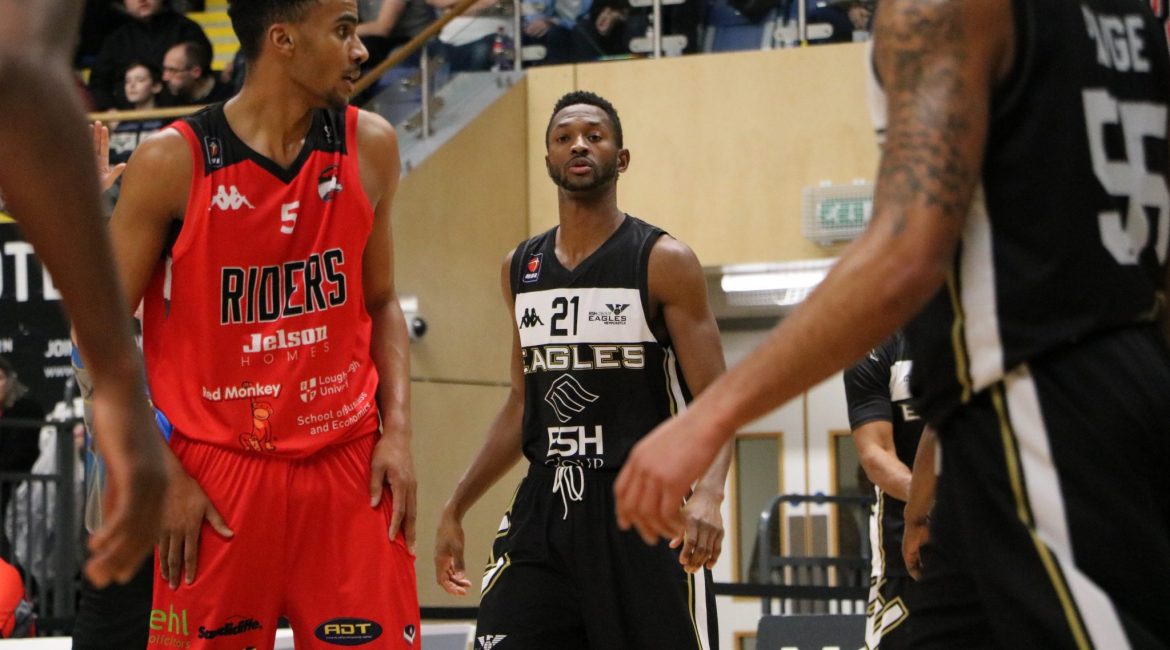 Esh Group Eagles Newcastle’s veteran guard Drew Lasker was in optimistic and confident mood as he reviewed the great win at Sheffield last week and looked forward to this weekend’s game down in Bristol, with Leicester Riders also on his mind, writes Jeff King.

“It was a big win. Everyone who follows The BBL knows that Sheffield away is probably one of the toughest venues to go to on the road. So, to get a win in that venue was big for us and a great way to start the second part of the season.”

“We looked as if we had them beat after the third quarter, but I think our mentality kind of changed a little bit in the final period. We were playing not to lose and not just ticking over and keeping on doing what we’d done to get to that position.”

“That’s one of the things, it’s January but it’s still a learning process for this team. Being able to close out games and finish the deal is something that we’re working on very hard in training.”

Going forward, as you would expect Lasker feels the team need to take it one step at a time and not get ahead of themselves although they know after playing Bristol this weekend they do have Leicester Riders looming on the horizon.

“You can’t just push Bristol aside and start thinking about the Leicester game. Bristol are a well-coached, well organised side that are always tough. We beat them earlier in the season on their own court convincingly but that means nothing tonight.”

“You have to respect and pay attention to all your opposition and as Bristol are next up we have to make sure we’re focused on that game and not the Leicester one. But, we should be good enough to go down to Bristol and pick up the win and set ourselves up for the next game.”

“We have a tough little schedule in January, but we just want to take it one game at a time. This is where teams typically start hitting their strides. For us we didn’t finish off before Christmas the way we’d wanted too.”

“So, we’re kind of looking at this as a fresh start. We came in to the Sheffield game after the break saying we’re zero and zero and let’s take it one game at a time. Ultimately if we do that and win one game at a time then we’ll end up winning the league and a lot more.”

Lasker’s mentality is certainly what seems to be shared around the team as they looked sharp and focused when they played Sheffield and there seemed a realisation that it was time to go back to work.

“We wanted to make sure we came back from the break as hungry as we were at the beginning of the season when everyone was hungry with a point to prove. I think the break gave the guys a chance to get away and go their separate ways.”

“But you could see in the first day back in training that the guys had re-lit that fire again and were focused and that was something at that time and right now that we needed.”

But, as Lasker freely admitted, it’s hard not to think about the Leicester game coming up particularly as it was the two-point loss at home against The Riders that took Newcastle in to the Christmas break.

“That was a hard one to get over and going in to the break it was certainly on my mind for a few days because I felt like we let that one slip away. We lost that game by only two points and apart from Jaysean (Paige) we didn’t play well at all.”

“It’s uncommon that you’re going to have that many guys on one day not play up to their standard. That was a game where if we get two guys on it we turn the result around and if we get three guys on it we blow them out.”

“So, sure, we have to deal with Bristol first and not forget that but when that’s done we’ll come in to the Leicester game with confidence knowing that we just have to raise our game and if we play them at our best then we can beat them.”

“But, first we have to take care of Bristol tonight as if we let our standards drop and disrespect them then the Leicester game could end up being almost irrelevant.”

Our Eagles return home to Sport Central this coming Friday 12 January and if you sign-up to our newsletter you will receive and instant discount of tickets for the game: