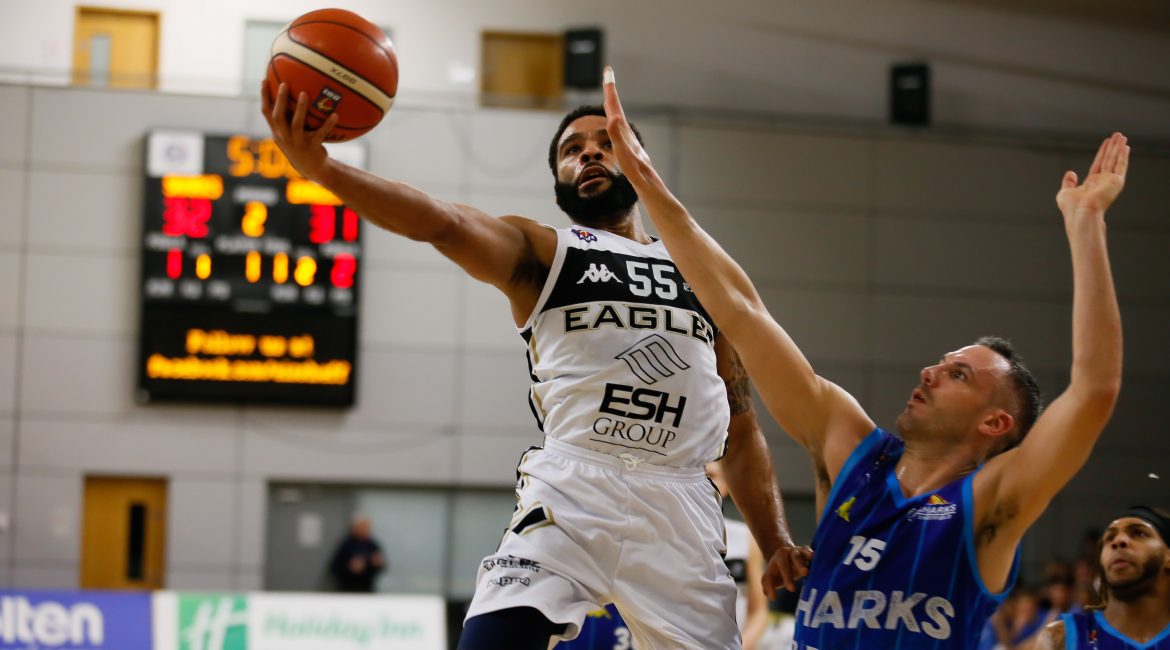 Esh Group Eagles Newcastle went in to the Sharks Den last night on the back of three consecutive BBL Championship losses, writes Jeff King. But, after a terrific second half performance and a third quarter defensive masterclass they are back to winning ways.

The final score perhaps didn’t reflect the fact that The Eagles thoroughly deserved this road victory with Sheffield’s Zach Gachette netting a triple on the buzzer that cut the gap to the final four-point margin.

However, what it did show was once again Sharks almost came back from the dead against this Newcastle side that sure doesn’t know how to win easy. They could have thought after that excellent third quarter that the game was over, but basketball is not like that. 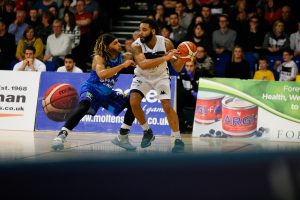 The game was second v third and always promised to be a tight affair and for three of the four quarters it proved that way especially in a dogged, determined first-half where the sides went toe-to-to for much of the twenty-minute opening.

Sheffield shaded the first quarter after Newcastle had made the more confident start leading 16 – 10 before a 12 – 4 Sharks run brought them right back in to the game and enabled them to take a two-point lead at 22 – 20 in to the second period.

That period was very, very tight as both sides played some great defence and stopped each other from getting in to any free-flowing scoring rhythm. For The Eagles once again Jaysean Paige was to the fore, but his main support came from an unlikely source.

Terry Martin, very much Newcastle’s third American came off the bench to excellent effect and finally showed that he could still have plenty to offer for his side in the second half of the season. He had helped his side to cut the gap to a single point, but Sheffield had the last word of the half nailing a triple that gave them a 41 – 37 lead at the break. 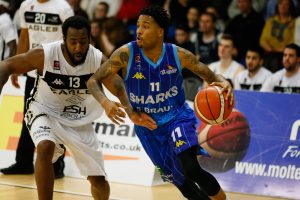 Whatever Head Coach Fab Flournoy said to his charges in the locker room at that break was certainly listened to and effective as his side simply turned the defensive screws impressively in the third ten-minute stretch.

Captain Darius Defoe put his New Year’s Eve wedding to come to the back of his mind and simply marshalled his team-mates magnificently on the defensive end pulling down rebounds, affecting shots and gelling the rest of the side as they totally dominated.

Martin hit two triples on his way to a top scoring effort and a magnificent 28 – 6 quarter meant Newcastle led by 65 – 47 going in to the final stanza on the back of 17 unanswered points.

The Eagles huge travelling contingent joined the bench in holding their breath and soaking up the expected Sheffield comeback in that fourth quarter with their side having enough left in the locker to see the game out as it got nervous down the stretch.

But, in the end, the dominance of that third period was what made the difference as Newcastle just gave Sheffield too much to do and to far to comeback from, for the second time this season.

So, as well as consolidating their second place, The Eagles also have the head-to-head over The Sharks which could well prove crucial later in the season.