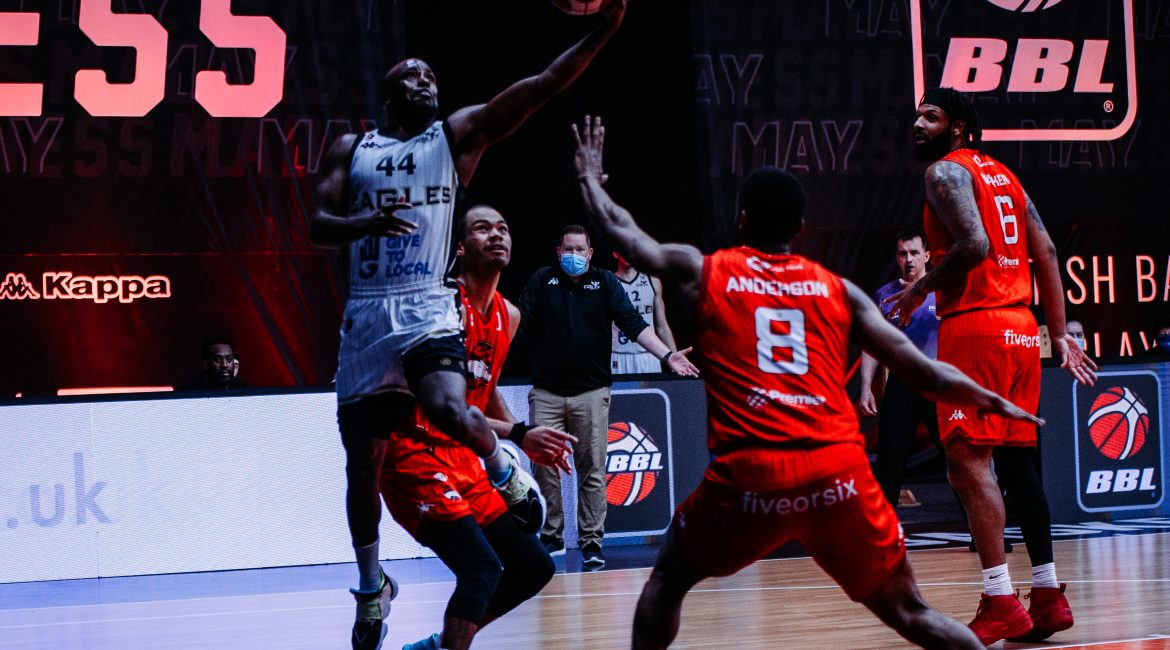 Ian MacLeod will demand his Newcastle hotshots revert to type as the Eagles bid to make it a trophy double against London tonight.

And as British basketball turns its attention to the annual end-of-season Playoff final, the Geordie playcaller insists his roster boasts the firepower to blow away the big spending Lions.

Newcastle beat London in January’s BBL Cup final and delivered a statement of intent with a thumping 14-point league win against Vince Macaulay’s men in March.

The Eagles take a 4-3 season series lead into the eighth meeting between the two sides since November and have timed their May Madness push to perfection.

“I’m not asking my players to do anything that they haven’t done already this season,” said MacLeod.

“We’ve got the offensive talent to take care of any team in any game.

“And we’ve beaten the big sides on multiple occasions this season.

“This Newcastle team has the experience and the confidence to do that again on the biggest stage of all.”

Newcastle head into their second final of the season on a high after sending home league champions Leicester Riders last week.

But Lions have lost just one of their last 16 games in all competitions and the Londoners boast multiple threats across the court.

“All of those guys are genuine BBL players. Every one of them can make a key contribution at this level.

“But we have to make this final about us. That’s what we’ve done all year.

“We went to their place at the start of the season when everyone was talking about London going for the clean sweep.

“Justin Gordon took that game to overtime and we won at the Copperbox. That set the tone for our season.

“We were excellent against the Lions at the Vertu Motors Arena last time out so we know what we need to do.”

London know they need to stop Rahmon Fletcher, pipped in the race to become league MVP by Leicester’s Geno Crandall, if they are to end Newcastle’s playoff dream.

But MacLeod insisted that negating the American guard’s firepower isn’t the only challenge facing Macaulay’s men.

“Everyone’s talking about Rahmon’s offensive productivity and he was prolific in both games against Riders,” added the Eagles’ head coach.

“What’s been lost in that conversation is just how keyed in he is defensively.

“He had four steals in the blink of an eye in the semi-final second leg against Leicester.

“Nobody ever mentions Rahmon’s defence but he’s locking guys down and disrupting the opposition’s offence…as well as scoring a load of points and adding double figure assists.

“We’re not a one-man team but we are a team that needs its big players to set an example and be the leaders that I know they are.

“Rahmon is our captain and our leader and he does a little bit of everything on and off the court.

“It’s the things he does that don’t appear on the stats sheet that I really notice as a coach. That’s where he makes such a valuable contribution to this team.”

And a reputation-building run to this season’s Playoff final has only served to further underline a seamless transition from assistant coach to main man.

But MacLeod already has one eye on the future and feels his transitional roster, boasting BBL rookies Gordon and Evan Maxwell, is still learning.

“I look at Leicester and they’re a team of front runners,” he added. “It’s great to be talked about as a team that comes back when the chips are down and it’s a fantastic quality.

“But that’s just where we are now. I want this group of players to learn to front run. And they will.”