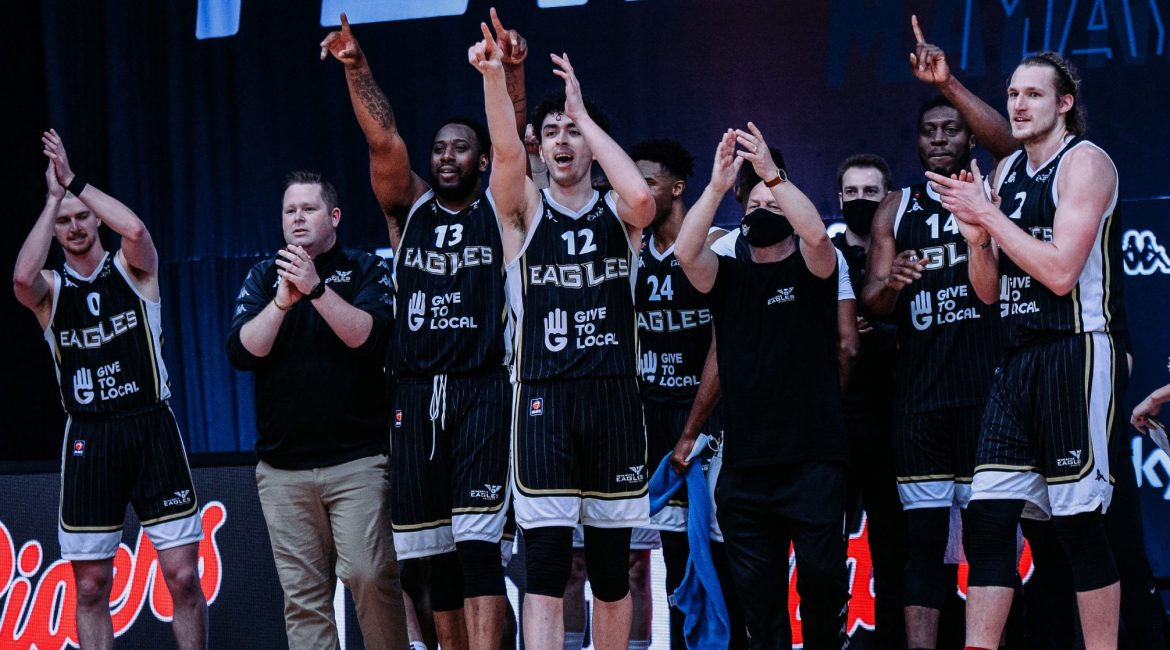 The sporting public of Leicester may well shake in fear when they hear the name of Newcastle called as their direct opponents. After Newcastle Eagles women’s team took down Leicester Riders in the WBBL Play-Off Quarter-Final earlier in the month, the men’s team followed suit.

Squeezed in between the two hardcourt heroes’ wins was also a win for the Toon’s football club over the Foxes making it a superb couple weeks for the city of Newcastle but not for Leicester. Last night the Eagles performance was one for the ages as they blew away the regular season Champions.

It was a magnificent performance from an Eagles side that looked down and out in the quarter final against Sheffield Sharks but they somehow fought back to squeak through. Then in Tuesday’s first leg against Leicester they were down by twenty points in the first half of the game.

They still trailed by sixteen going into the final ten minutes of that “first half game”. But back they came and went into last night’s with so much momentum and a total belief that they could make Sunday’s BBL Play-Offs Final showpiece event of the season. That belief was totally justified.

Coach Ian MacLeod and his men stuck 100% to their game plan and executed to perfection to cut down the Riders charge and swoop into the final. It was impressive basketball from the Tynesiders at both ends of the floor. Scoring is important but their defence was immense.

Restricting their opponents to a mere 69 points all game after the defensive effort they put into the last three quarters on Tuesday shows the old adage of offence wins games but defence wins Championships. That surely will be Newcastle’s mantra for Sunday’s final.

Plus, with no disrespect to his teammates, the Eagles also have Rahmon Fletcher. His presence on the first leg kept his side in the tie. His efforts last night adding 10 assists to his high-score 27 points was phenomenal and perhaps showed who is the Most Valuable Player in the BBL whatever the polls say.

Whilst he will be rightly lauded for his efforts over the two legs he, his coach and the rest of the roster knew he needed assistance if the Eagles were to advance to their 12th Play-Off final. He got exactly that from all his teammates who entered the court and then some.

His backcourt partner Cortez Edwards had a big shooting night, the athletic Justin Gordon joined Fletcher with a double-double adding 10 rebounds to his 16 points and Evan Maxwell netted double figures from the bench.

Add in a dagger late triple from Louis Sayers to add to his explosive start and the defence of Darius Defoe and the Eagles found a mix and a formula to conjure up a magical effort to take them forward for one more tilt at silverware.

Newcastle made a slow flat start on Tuesday to get into trouble but that was not the case last night as they bombed Riders from the start and with dazzling ball movement time and time again carved open the Leicester defence to lead 29 – 20 after the first period.

Leicester though are not regular season Champions for nothing and their efficient second quarter performance saw them cut the gap to a single point at the half-time break. At 40 – 39 Eagles the game was all square on aggregate.

If anyone from Newcastle was worried about that Riders comeback it didn’t show. Fletcher and his teammates were superb in the third taking the quarter 25 – 12 to setup a final ten-minute period where they were in control of their own destiny.

Control that destiny they did stretching the lead to as many as 21 at one stage. MacLeod even had the luxury of putting the exclamation point on the victory by playing his bench for the last minute or so of the game as the hard-working main players celebrated on the bench reaching the Play-Off Final with the chance to be Last Man Standing.