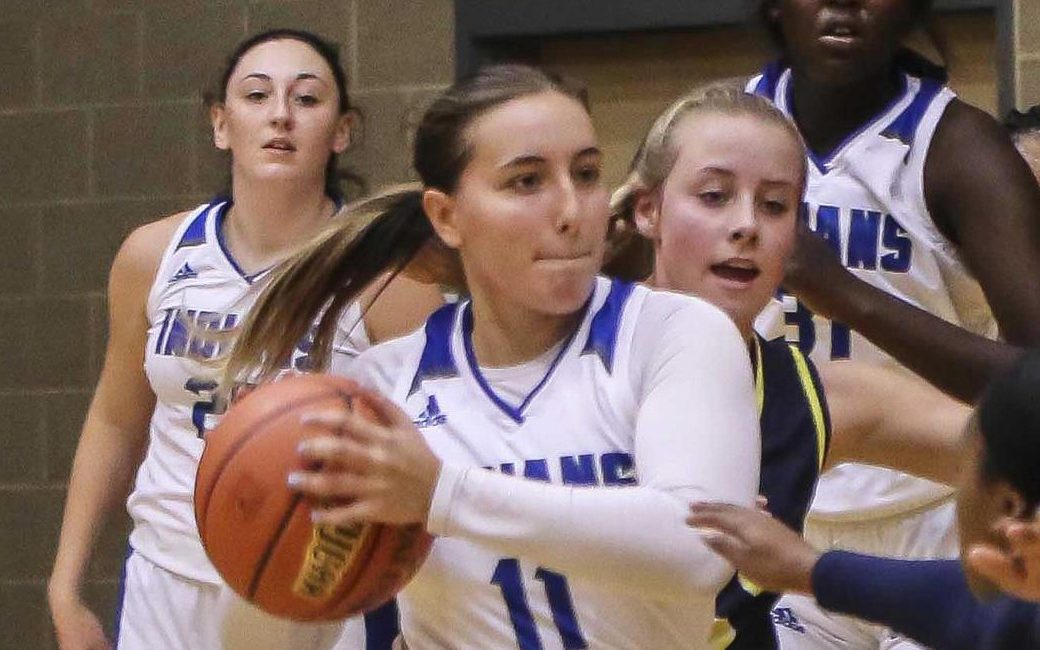 Niamh Kelshaw is combining a Criminology and Sociology degree at Northumbria University with a return to UK basketball’s top flight.

And the talented guard insists Newcastle’s ambitious young roster will take no prisoners as the Eagles take a tilt at the WBBL’s top four.

“This team can go as far as it wants to go,” said Kelshaw. “I think we can achieve anything that we put our minds to.

“We’re really talented as a group. We’re young and enthusiastic and I think that gives us an edge.

“We have that drive to go out there and make things happen and prove a point.

“Look at what happened with Newcastle at the end of last season. That playoff final experience is the perfect foundation to go even further this year.”

And the Stockport native can’t wait to get back on court following a Covid-interrupted spell Stateside.

“My first season playing for the Indians ended early and we were sent home to continue our classes online,” explained Kelshaw.

“I managed to get back over there last season and finished off school but the basketball situation was frustrating.

“I decided it was best to stay home this time and get my degree and play basketball over here.

“That’s why Newcastle Eagles and Northumbria University is such a great fit. I already know a few of the girls here and Jessica [Eadsforth-Yates] has been a family friend for years.

“I’ve been in the North East for a week now and there’s already a great vibe in pre-season.

“Everyone’s on the same page and there’s real competition within the group.

“It seems like moving to the Eagles has been an option for a few years now and it feels fantastic that it’s finally happened.”

The breakout star of a colourful campaign had all but given up on basketball following a forgettable spell in the US.

But Bunten brought Lowe’s talent to the fore as the guard enjoyed a stunning playoff series in front of the Sky Sports cameras.

“Chris has always spoken openly about his desire to develop homegrown talent and as a young British player that resonated with me,” added Kelshaw.

“Abby is a prime example of that commitment to realising potential and getting the best out of players.

“I’m hoping I can follow the same path at a club that’s clearly committed to supporting British players.”

Bunten has the bulk of his roster on Tyneside this week as pre-season preparations ramp up ahead of Newcastle’s WBBL Cup opener later this month.

And he said: “Niamh is another player who I’ve been watching for a while and who fits the brief in terms of what we’re looking for on and off the court.

“I’m convinced she’ll be a huge asset to Newcastle Eagles and to Northumbria University and I’m looking forward to seeing what she can achieve during the next few weeks and months.”

Tickets for the opening home game of the new WBBL Championship season on Saturday 2 October at the Vertu Motors Arena are on sale now from the box office.