Newcastle Eagles/News/BBL/Just Focussing On The Next Game 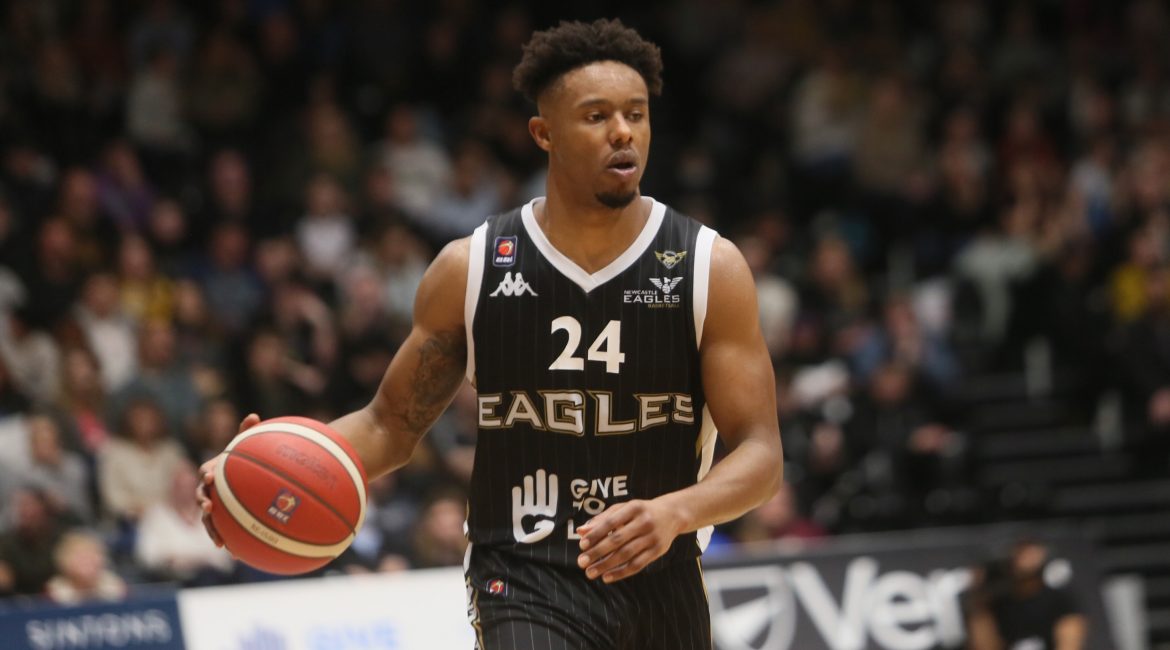 Another disappointing night in the BBL Championship for the Eagles down at Sheffield saw them slip to a third consecutive defeat and their fifth in a row to Sheffield in all competitions this season.

The Eagles total points of 53 was their lowest total since December 1994 and their sixth lowest ever. A sobering thought and fact for Coach Ian MacLeod and his players as offence has been the least of their problems this season.

If you had told MacLeod that Sheffield would only score 73 points on their home court before the game he’s have taken that and been confident of a road victory to reignite their play-off position.

Instead, the defeat has Newcastle casting their eyes slightly downwards at Glasgow Rocks who are their current main rivals for the 8th placed play-off spot. The Rocks last night taking a victory in London to really put the pressure on the Eagles who go to London in midweek.

Despite that Eagles forward Justin Gordon who top scored on the night with fifteen points still took some positives from performance of the team.

“It was one of those nights when shots don’t fall and you’ve got to find a way to figure things out. We got stops when we needed them and we executed a lot of what we had on our scouting plan. We just didn’t or couldn’t get our shots to fall. The well just dried up the more and more the game went on.”

“We missed Wes (Person Jr.) who is a big part of our offence and has been on a role recently. We missed his energy and also having one less body meant less rotations and guys having to play more minutes. So, yes it would have been extremely helpful to have him.”

“But not everyone is going to be available every night and we’ve got to find a way to win regardless of who we put out there.”

Person Jr. had taken ill before the team left for Sheffield and was unable to travel and it’s clear to see and hear that his teammates missed him against a very tough Sharks line-up that plays stifling defence. But despite that were there things Newcastle could have done better?

“There were some things that we could definitely have executed better. We definitely got shots that we could take and make and ones that we take in practice during the week. But as time went on and we kept missing we went away from our offence.”

“We should stayed with it and got ourselves even better shots but it’s just a tough night when those shots that you do want aren’t falling.”

Defensively though it was a good effort from Newcastle as Gordon remarked.

“We’ve been worried about our third quarters and coming out of the locker room with a better mindset. We did well in that respect and held them to a reasonable score but we just didn’t capitalise on that and put enough points of our own on the board.”

“If we can continue that defensive effort going forward it’ll mean we’ve improved on something we’ve been working hard on getting more stops and if we can do that then hopefully our offence will start to flow again.”

Easy to say Newcastle have to dust themselves down, put this defeat behind them and move forward but with a visit to London midweek and then Leicester coming to Newcastle next Fridayit’s going to be another tough week.

“It’s a typical end of season schedule in The BBL and is nothing new in reality. We’ve got two tough teams ahead but we’ve just got to take them one at a time. Go out there on Wednesday and take care of business and we’ll see what happens on Friday.”

“After we get back we can start looking at Leicester a little bit more but right now the focus is on the next game and that’s London.”

This coming Friday night’s game against the Riders is set to be a sell-out with very limited tickets still available on the box office.