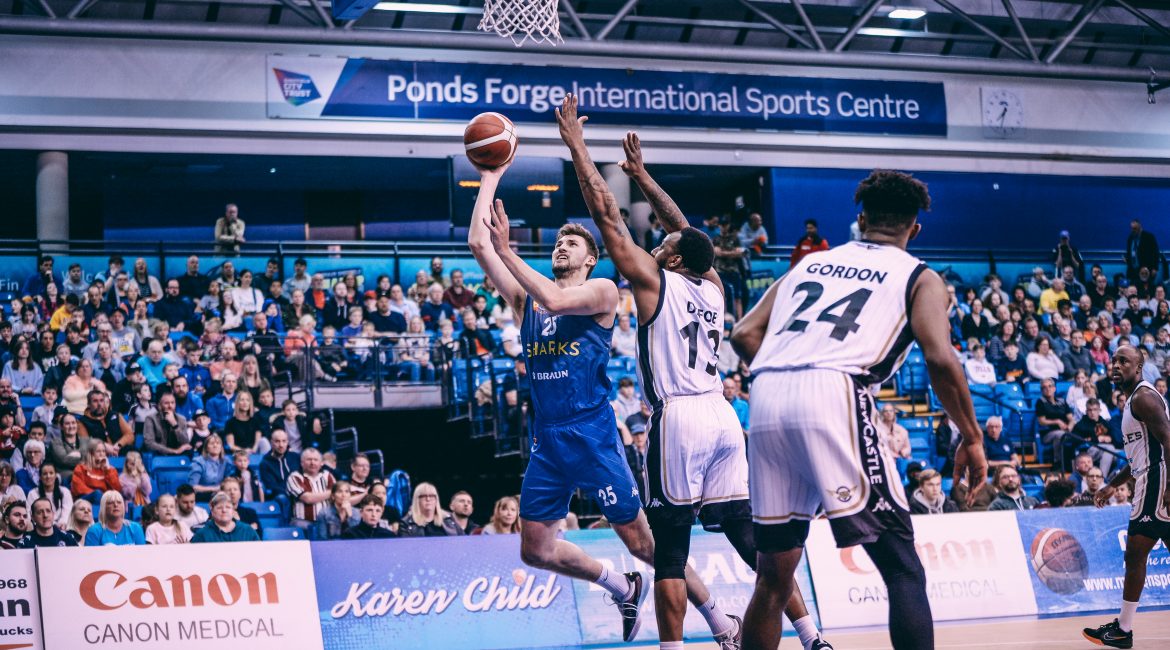 Ruthless Sheffield Sharks maintained their Indian sign over Newcastle this season with a fifth successive win against the Eagles.

A third defeat on the bounce leaves the men in black clinging to their top four dream.

And there’s no respite for the Eagles with Wednesday’s road trip to London Lions looming large — followed by a homecourt clash against runaway league leaders Leicester 48 hours later.

On a night when Newcastle royalty Darius Defoe had the chance to surpass 6,000 BBL points, very little went right for the disjointed visitors.

The Eagles forward finished a frustrating fixture still six short of that landmark figure after bagging just four points and five boards in the Steel City.

But Defoe wasn’t alone in failing to exert his influence as a short-handed Newcastle — missing shooting guard Wesley Person Jr — faded after the break.

And with a series of potentially pivotal fixtures on the horizon, this was a match MacLeod’s men had earmarked as a critical clash.

A strong start suggested the Eagles could finally turn the tables on their old foes and secure a first win of the season against the Sharks.

Rahmon Fletcher’s two-pointer levelled the scores at 15-15 with two-and-a-half minutes of the first period remaining.

But the hosts launched an impressive 10-2 tear to complete the quarter on top and set the tone for another tough night for Newcastle.

To their credit, the visitors dug deep after the restart and edged a scrappy second period 15-13.

But any hopes of a second half comeback were dashed as Atiba Lyons’ side locked in at both ends of the court to end the game as a contest.

Antwain Johnson and Marcus Delpeche came off the bench to combine for 26 points and 15 rebounds for the Sharks.

But only two Eagles’ players made double figures as Justin Gordon (15) and Fletcher (11) attempted to take the fight to Sheffield.

The hosts won a one-sided second half 35-21 as Newcastle slipped to an 11th league loss of the season on the back of just 32% shooting from the field.

Not for the first time this season the Sharks dominated under the glass as they outrebounded the Eagles 51-38.

And although the visitors restricted Sheffield to a below-average 73 points it was Newcastle’s lack of scoring fluency that will have frustrated MacLeod most.

Even during an up and down season the Eagles have averaged an impressive 87 points per game but without Person Jr good looks were few and far between.

And ninth-placed Glasgow’s shock 100-92 win at London means Newcastle are just two points ahead of the Rocks going into their midweek showdown with the Lions.