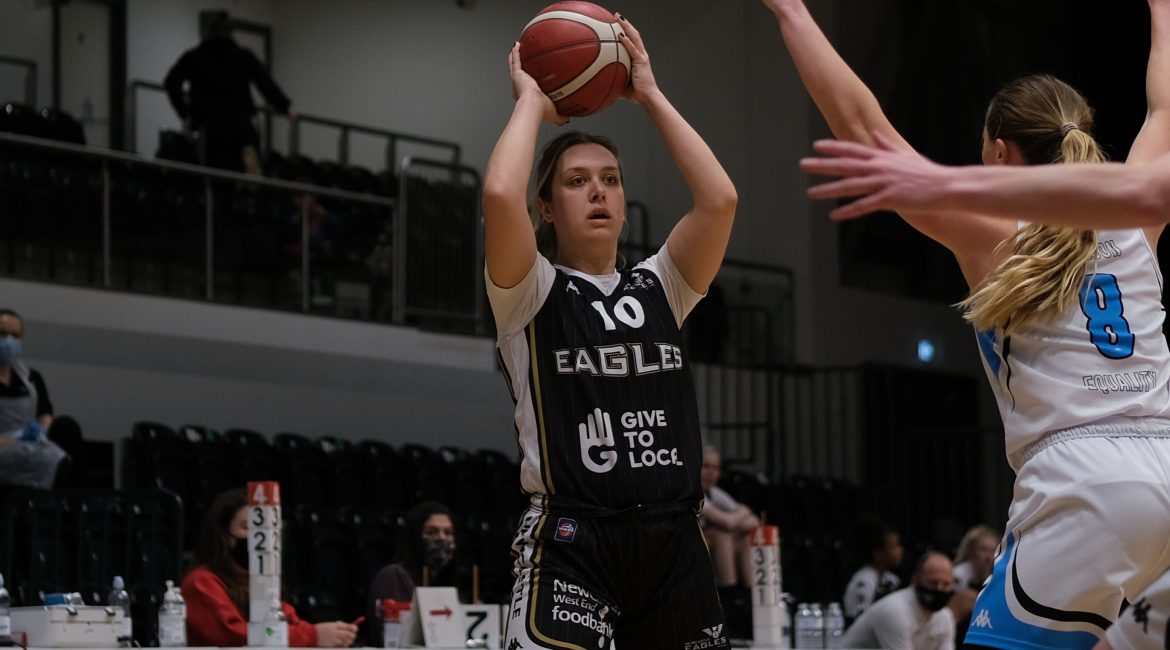 Jorjah Smith has hinted that she could return to Tyneside sooner rather than later despite calling time on her fledgling Newcastle Eagles career.

The popular guard will miss the remainder of the WBBL season after taking the difficult decision to fly home to Australia to be with her family.

But Smith, who has been withdrawn from tomorrow’s squad to face Durham Palatinates, insisted she is bidding her Eagles family a fond farewell rather than a firm goodbye.

“The decision to fly back to Australia earlier than anticipated has not been an easy one for me,” she admitted.

“But after talking it through with coach Chris Bunten — and with the blessing of my team-mates — I feel as though it’s the right decision.

“I’m just hoping this is not a goodbye but a ‘see you soon’ kind of moment.”

Smith’s dynamic contribution off the bench has been pivotal to Newcastle’s encouraging run of form during the last six weeks.

And only last month the former Manchester player talked about getting to know Tyneside better as lockdown restrictions are eased.

But she added: “The uncertain times that we’re living in, as a result of the pandemic, have made the past year tough in many different ways for everyone.

“I’m incredibly grateful that I got to step on court during this time and become an Eagle.

“The club and the community has been so welcoming and made me feel like Newcastle and ‘The Nest’ is a place I can call home.”

Smith has settled in well to Bunten’s well-drilled eight-player rotation following the January exits of Mante Kvederaviciute and Lisa Koop.

And her fighting spirit shone through in the closing stages of last weekend’s nailbiting win against Oaklands Wolves.

There is no doubt that Smith’s departure leaves the Eagles short-handed heading into this weekend’s derby and a tilt at the playoffs.

But she added: “Ali Gorrell and Maddy McVicar are the best backcourt duo that the WBBL has seen and I’m sure they can lead Newcastle to success in the playoffs.

“I’ll be tuning in to every minute. My team-mates are probably the best bunch of people on and off the court that I’ve played basketball alongside.

“We’ve faced and overcome so much adversity together.

“They are an inspiration to the younger generations of female ballers and prove that anything is possible if you put your mind to it.”

Smith was a key pick up for Bunten last summer and it would be no surprise if Newcastle’s playcaller went back for the versatile guard ahead of the 2021-22 season.

“The person I would like to thank the most is Chris,” added Smith.  “He’s not only a good coach but a great person and an asset to Newcastle Eagles and women’s basketball in the North East.

“He’s given me an opportunity to play for such an amazing club and looked after me on and off the court.

“One reason I love the game of basketball is that I can go to the other side of the world and meet some amazing people and that’s a big reason behind why I’ve enjoyed my time in Newcastle.

“The people I’ve met have made my experience so memorable.

“They say home is where the heart is and I’m definitely leaving a massive chunk of my heart in the UK!”