Gettys On Getting Wins

Newcastle Eagles/News/BBL/Gettys On Getting Wins 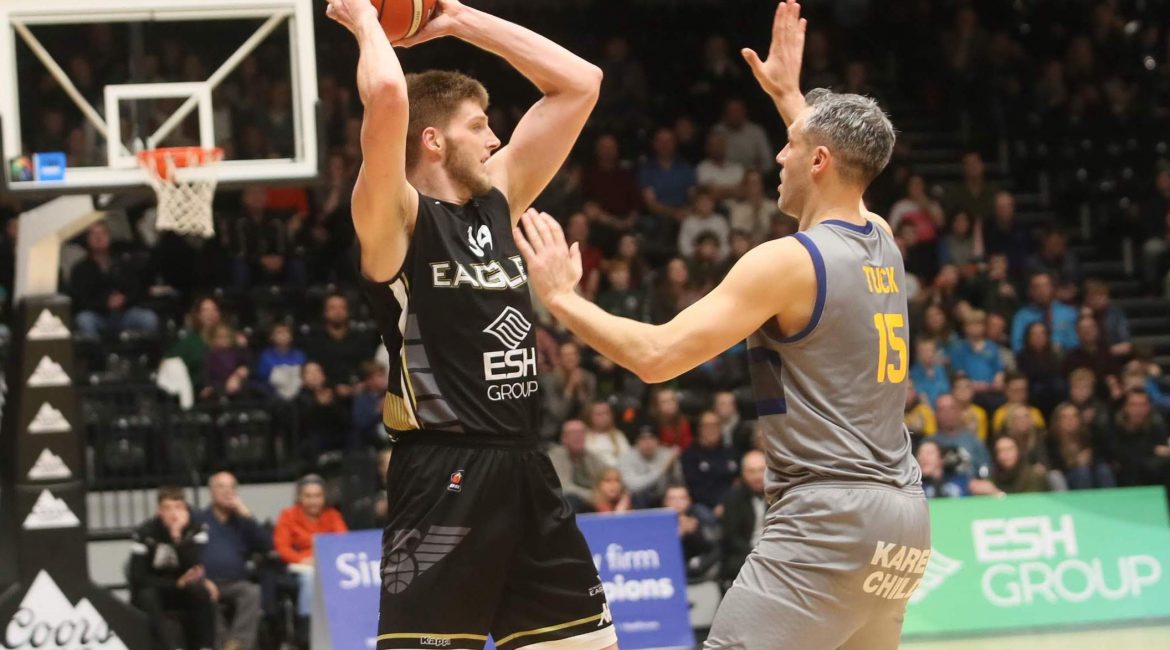 It’s a big game for Newcastle Eagles this coming Friday as they travel to BBL Cup Winners Worcester Wolves for a crucial BBL Championship game. The Wolves won the BBL Cup on Sunday defeating Bristol Flyers in the BBL’s first showpiece event of the season.

One of the most intriguing matchups will see Wolves Centre and BBL Cup MVP Amir Williams go up against Eagles own impressive big man CJ Gettys. Many are saying that the battle between possibly the best two big men in the League could decide the fate of the game.

Gettys previewed the game and his clash against Williams but first had a few thoughts on the tragic loss to the Basketball world of former NBA Superstar, Kobe Bryant.

“He was the Michael Jordan of my generation when I was growing up. He was the guy to watch before LeBron James came into the league and he shaped the game tremendously in terms of what he did on and off the court as a family man and winning five rings with The Lakers.”

“That dominant team he played in with Shaq O’Neill in the early 2000’s. Everybody just wanted to be like Kobe. It’s tough to handle as it’s a tragic loss so suddenly. A lot of people can’t even put it in to words and I think Kobe would have wanted everybody to continue the legacy.”

“I think people just want to play for Kobe and I think that’s what he would have wanted people to do, just move forward and remember the game.”

The Eagles go into Friday’s game confident and on the back of a huge win last Friday at home against Sheffield Sharks in the BBL Trophy Quarter-Final.

“It was definitely big. We owed them one and I think we probably still owe them another couple more. But it was definitely good to get that first one out of the way and let alone to do it in the Trophy and get to a semi-final.”

Gettys has actually played against Williams before when the Eagles lost in the BBL Cup down in Worcester back in November. That was the first game for both of them for the respective teams and now they’ve both acclimatised it’s a mouth-watering prospect to see them clash again.

“He had a crazy good game on Sunday in the BBL Cup Final, 23 points, 13 rebounds and 5 blocked shots. He looked good especially first game back after sitting out nearly all of January with an injury.”

Turning to Worcester Gettys is impressed with the way they have played this season and believes they deserved their cup success.

“A lot of people had the chance to watch Worcester in the Cup Final against Bristol. Worcester looked good from the beginning. They’re very methodical and run their plays in and out. Coach Newby has them playing at a high level and they believe in each other as teammates.”

“To be their first game after the Cup Final is going to be big. I remember when we won it at Cheshire and our first game after. The opponents just wanted to come out and knock us in the mouth because we’d just won a piece of silverware.”

“I think we’ve got to go with that same mind-set and be ready to fight. It’s going to be a dogfight for 40 minutes and we’ve just got to play hard. They definitely have some credibility right now. To go into their place and get a win would be huge for us especially on the back of our win last week.”

“We’ve just got to start to compile wins. We can’t win one game lose one game every weekend for the rest of the season. That might get us in to the play-offs but that’s not who we want to be. We just have to start compiling wins and building on that and I think we have the potential to do that starting this weekend.”