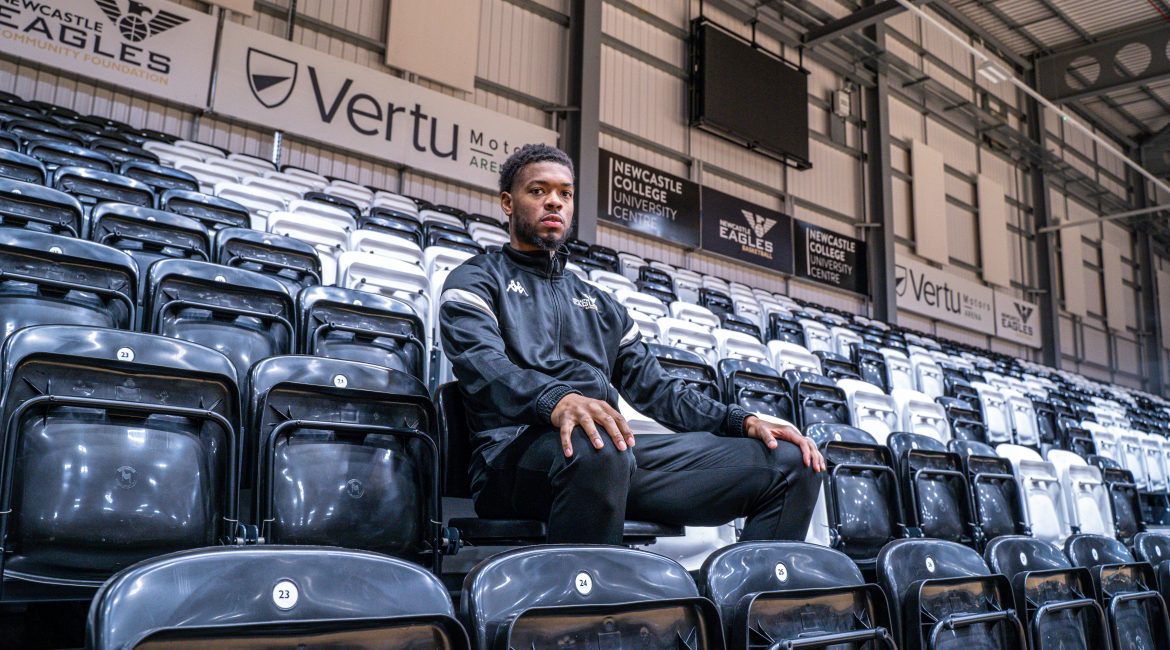 To some, the prospect of moving all the way from Texas to Tyneside could be a daunting prospect.

But not for Newcastle Eagles guard Javion Hamlet.

Hamlet joined the Eagles this summer after a spell with NBA G-League side Texas Legends as part of head coach Marc Steutel’s revamped squad, and already looks at home at the Vertu Motors Arena.

The 24-year-old produced a 31-point performance last Friday against Plymouth City Patriots, helping the Eagles to a 108-96 win.

And so far, the Eagles guard admits the warm welcome he’s received from the city of Newcastle has made his transition from Texas to Tyneside all the easier.

“I love it out here in Newcastle,” said Hamlet.

“The people out here, they really have taken me in with warm arms because I’m so far away from home. I just love the city, the fans – I just love everything about Newcastle.

“It hasn’t been a tough transition.

“Like I said, the fans, my teammates, the coaches, everybody has been warm and welcoming, so that’s what has made the transition easy for me.”

While they were in impressive form for the game against Plymouth, the Eagles have endured a difficult start to the new BBL season.

Newcastle sit ninth in the BBL standings, having won just two of their opening seven fixtures.

With so much roster change this past summer, it’s easy to see why there might be some growing pains for Steutel’s new look side.

But Hamlet insists that this group have to look to keep Newcastle’s winning tradition at the forefront of their minds moving forward.

“Because of Newcastle’s history, we know that we’ve got to keep the tradition going and try to get back on the right track,” said Hamlet.

“We knew that because we were a new team, there was going to be some ups and downs but as long as we stay together like coach [Marc Steutel] always says and continue to get better each and every day, I feel like we’re going to be on the right track to do that.”

This Friday, the Eagles look set to face off against Surrey Scorchers in front of the Sky Sports cameras.

While they put up plenty of points in last Friday’s win over Plymouth, Newcastle let their guard down in the fourth quarter, almost letting the Patriots back into the contest.

And while Hamlet believes the win against Plymouth felt like a step in the right direction, the Eagles guard is keen to ensure their performances last for the whole 40 minutes.

“Most definitely, it felt like things were coming together,” added Hamlet.

“We saw glimpses of it each and every game. Coach always stresses about showing it for the whole 40 minutes, so I feel like we’ve only shown glimpses of it and we haven’t put it all together yet. I feel like we’re on the right track to do that. We did that for 30 minutes of the Plymouth game but we didn’t show out for 40 minutes.”

Tickets are still available for the 7:45pm Friday night contest and can be purchased from the Eagles box office.

The game will also be broadcast live on Sky Sports Arena, with coverage starting from 7:30pm.