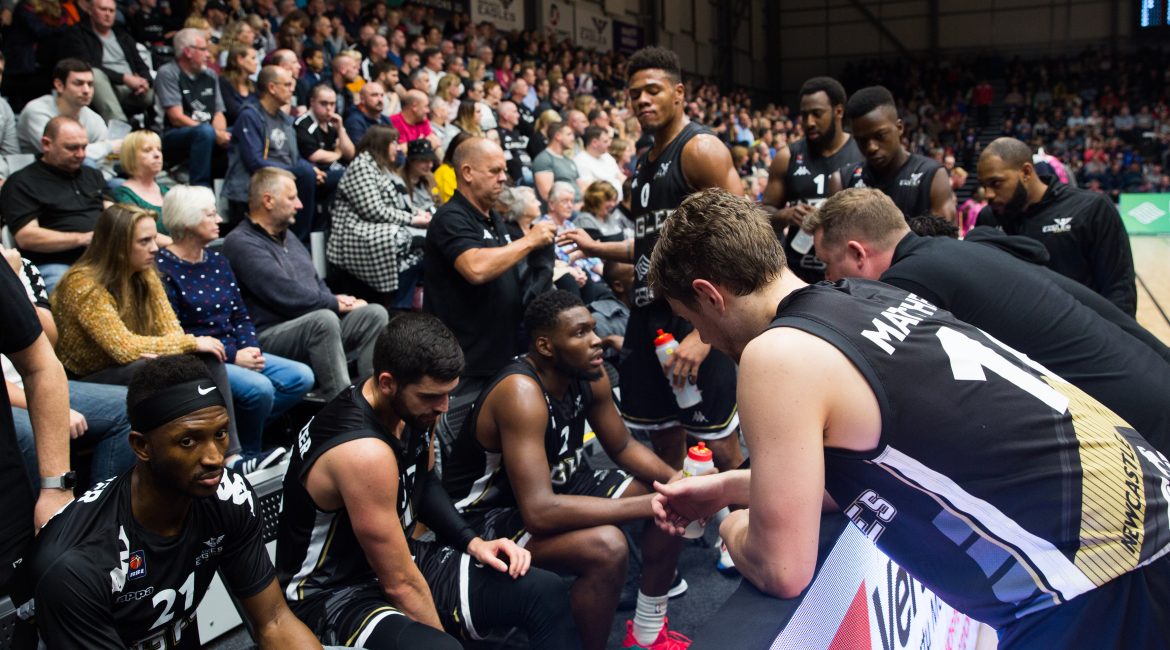 With the excitement of Sunday’s British Basketball All-Stars Championship behind them, Newcastle Eagles get back to BBL Cup North Group action on Friday night at The ECA with the visitors being Sheffield Sharks. Tip-off is set for the usual 7:30pm start.

Assistant Coach Dave Forrester looking ahead to the game set out what he thinks the key to the side continuing their good form in the competition which sees them at the head of the group with a 4 – 1 record.

“At this point it’s still more about us than anyone else. It’s about getting back into the flow of playing a proper basketball match after the chaos of what happened in the tournament at the weekend.”

“The key is like all BBL games coming out ready to play, being properly prepared and putting in extra building blocks on what we’ve done so far.”

With the way the Eagles have started they are looking good to progress to the next stage of the competition and a win on Friday night would certainly enhance those prospects.

“There’s ten games and obviously we’ve played half of them now and we’re 4 – 1. The aim is to finish in the top two spots to ensure a home quarter-final tie. Realistically we’re going to need a few more wins for that.”

“Obviously the more you win the better you do and the more you lose the worse you do. We are aware of that and are just looking to keep the winning mentality alive.”

Eagles are just beginning their preparation for the game with practice sessions up and running and it’s a daily assessment as they look to see who is available for Friday’s crucial encounter.

“We think the guys are all okay and ready. We have to review the recoveries from Sunday. We have to see in particular where Mike(Morsell)’s at and if that will affect the dynamic for Friday. At this stage we think we may be the same as the last weekend of regular action but we’re looking at it day by day.”

“We just need to remain focused on what we need to do and what is required and prepare the team the best way we can. We know Sheffield are tough and will give us a hard test and we have to be ready to play to our full potential.”

Sheffield have themselves made a confident start and have a 3 – 1 record in the group. They also went one step further than Newcastle last weekend losing out in the final to eventual winners London Lions.

The side’s have already met twice in preseason with two vastly different game results. The Eagles took a 106 – 91 home win at The ECA and then 48 hours later Sharks reversed the result in a low-scoring 66 – 61.

But since then the personnel of both sides have changed with new players coming in for Sheffield and Newcastle also juggling their roster around due to registration issues. It will therefore be another different game and one Newcastle are fully focused on winning.

Tickets for this massive match-up are on sale now from the box office.