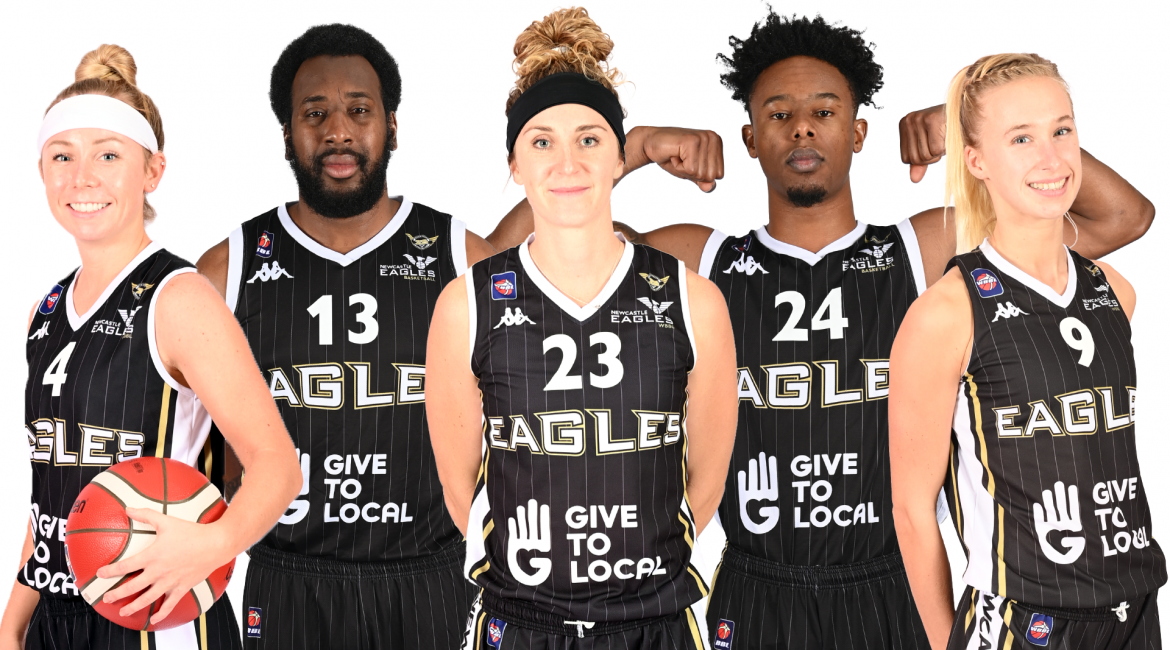 As our BBL team prepare for their May Madness Play-Offs Semi-Finals tipping-off tonight and WBBL team this Sunday’s Final, the incredible performances from players across both sides have received praise by the league with places in this week’s All-Star Fives.

Firstly it’s a flock of Eagles in the final weekly WBBL All-Star Five after the magic of the May Madness semi-finals live on Sky Sports last week saw the biggest upset in the women’s Play-Offs history.

Leading the pack is the triple-double hero Alison Gorrell, who is joined by a pair of her Eagles teammates.

Gorrell is the WBBL’s leading scorer this campaign and her outstanding performance last Friday saw the seventh-seed side topple league champions Sevenoaks Suns in the Play-Off Semi-Finals.

Our co-captain and point guard scored 22 points, grabbed 12 rebounds, and handed out 10 assists in the most talked about game of the season.

The Eagles number 23 had nine rebounds and six assists in a second half that Eagles won 47-32, including three assists along with two key scores and two rebounds in three minutes over the third quarter break as they turned a deficit – that had been as much as 13 – into a lead that they would hold.

It’s a sixth appearance in the All-Star Five for Gorrell, with all of those coming in the last 10 weeks as she first led our Eagles’ charge into the Play-Offs and through May Madness all the way to the Play-Off Final this weekend.

Following on from her teammate, clutch play from Maddy McVicar sees her gain the weekly honour for the second time in this campaign, but first since week two as she saved the best for the end.

In total McVicar scored nine of her 18 points in a tense fourth quarter. Playing all 40 minutes, she added seven rebounds and four assists.

Finally on the WBBL side, Abby Lowe receives a starting place in the team of the week.

Lowe stood out throughout May Madness and makes her second consecutive showing in the weekly team after following her huge quarter-final performance coupled with an big contribution to our progression to the Play-Off Final.

The British guard finished with 20 points after hitting 3-4 (75%) from three-point range and making all five of her free-throws, along with eight rebounds.

Like her teammates she came up with key plays as 15 of her points came in the dominant second half, including a third quarter buzzer-beater that put Newcastle in front, a triple in the fourth that put them two possessions up, and a series of free-throws that kept the scoreboard ticking over when they went scoreless from the field for three minutes late on.

Over in the BBL it’s the post-season’s leading scoring Justin Gordon who grabs a place in the BBL’s starting five after we edged past the Sheffield Sharks by just two points on aggregate over the two legs.

The tie was won inside the final second when the forward converted a lay-up from a floated pass to prevent overtime.

For Gordon that was the exclamation mark after excellent performances in both games as he posted 25 points on 10-14 (71%) shooting in the decisive clash, adding nine rebounds and five assists; after 20 points, seven rebounds and four assists two days prior.

It is a sixth All-Star Five appearance for Gordon, which moves him up to a share of fourth place in that regard.

Saving the most decorated player in the history of the BBL for last, Darius Defoe was given a place on the bench in the league’s week 25 pick in recognition of his stellar performances over the two legs.

Congratulations to all our Eagles on their incredible May Madness achievements so far and with another huge final week to go!