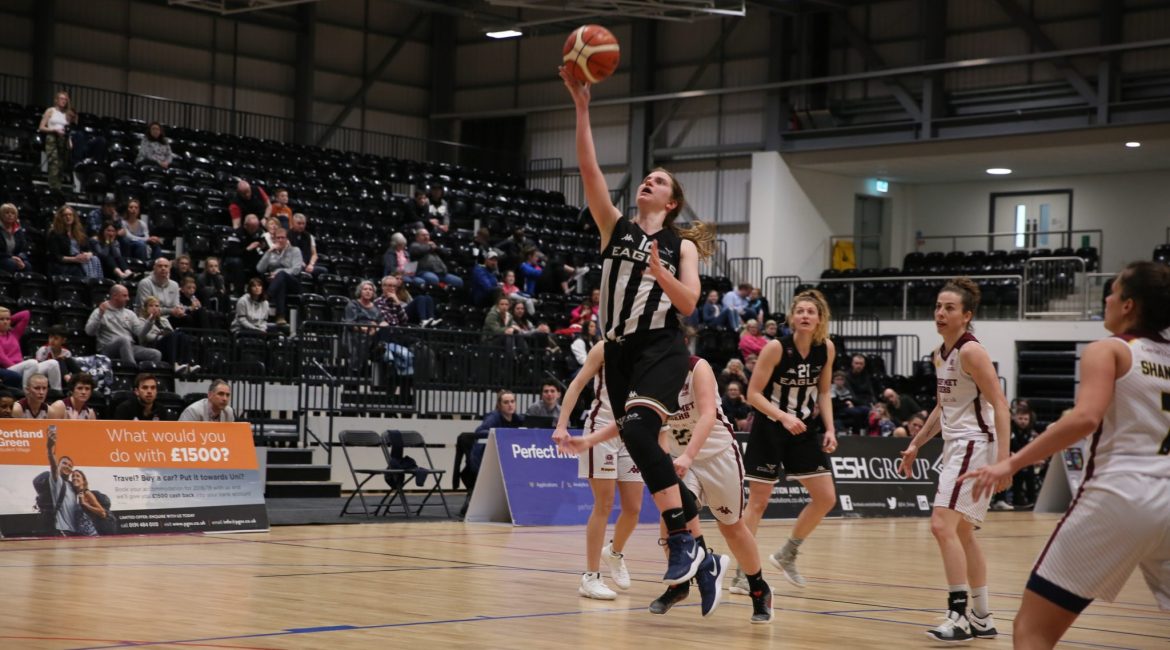 Georgia Ohrdorf has vowed to hit the ground running as the all-action Australian bids to blow away the opposition in her second season in the WBBL.

The feisty forward showed flashes of brilliance during her rookie campaign in a Newcastle Eagles vest.

But Ohrdorf believes the best is yet to come ahead of next month’s season-opening WBBL Trophy double header weekend.

“I love playing for Newcastle and I was always coming back,” said the 24-year-old New South Wales native.

“I’ve had three months at home during the summer but it feels great to be back in the North East and heading into pre-season.

“My first year with Newcastle was affected by a concussion midway through the campaign and that was tough to deal with.

“But if I can stay fit and healthy throughout the season then I’m confident I can do more.”

Ohrdorf will continue her Masters degree in Public Health at Northumbria University after committing to a second year on court with the Eagles.

“Georgia had a tough stretch when she suffered her concussion but when she was fully fit we saw what an asset she can be,” said the Newcastle playcaller.

“Her energy, work-rate and intensity on defence is a given and we just have to ensure she’s more comfortable on offence this season as she’s a huge threat inside.

“I love what Georgia brings to the team on and off the court and she’s a key piece of the jigsaw.”

Bunten is expected to confirm a raft of further signings during the next fortnight as his latest WBBL roster takes shape.

And Ohrdorf is keen to see how new-look Newcastle take shape with housemate Simioni already on board.

“Giulia is a key player for us as she brings leadership and experience to the team,” she added.

“It’s great to see her back.

“I can’t wait to see who else is coming in and I’m looking forward to getting started with the new team.”

Newcastle begin their WBBL Trophy campaign at the University of Essex on September 28 when they face cross-border rivals Caledonia Pride. Less than 24 hours later the Eagles tackle Sevenoaks Suns at the same venue.

Tickets for the club’s first homecourt fixture of the season – a WBBL Cup tie against Cardiff Met Archers on October 6 – will be available soon from new Eagles Box Office ticketing service.