Austrian Anja Links Up As An Eagle

Newcastle Eagles/News/WBBL/Austrian Anja Links Up As An Eagle 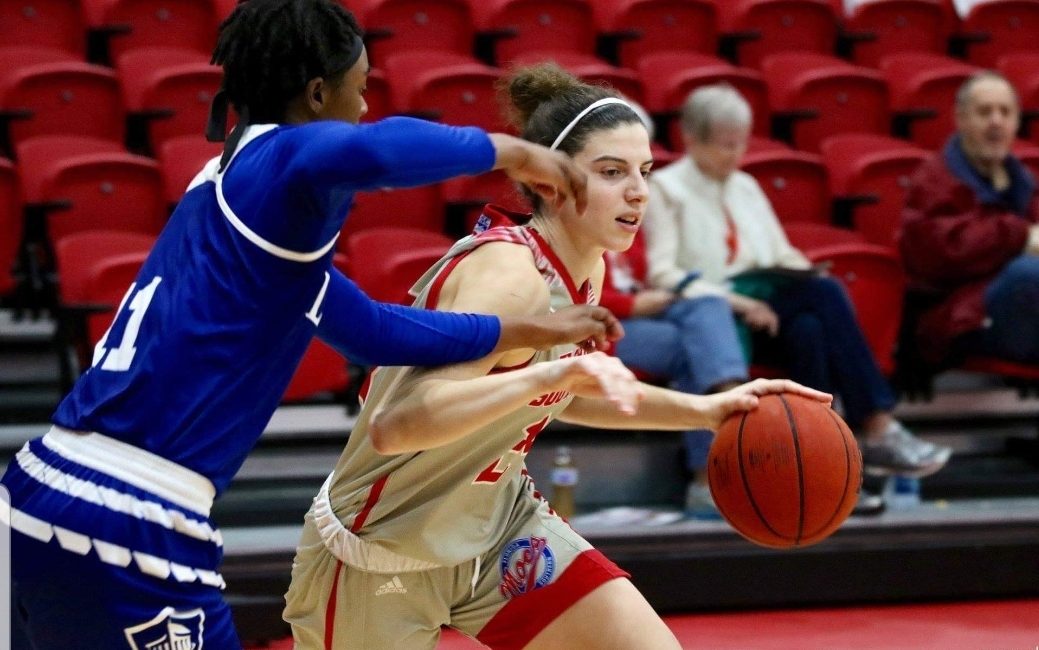 Bunten has been trailing the Austrian international for five years – and hosted the forward’s fact-finding trip to Tyneside in 2017.

But Fuchs-Robetin has finally opted to pull on the black and white vest as she links up with former Florida Southern College team-mate Giulia Simioni at the Eagles Community Arena.

“I have known Anja for some time,” explained Bunten. “I was able to see her play in Montenegro for Austria Under 20s in 2015 and was very impressed with her skill set.

“From there I stayed in touched and followed her career at Florida Southern College. I visited her three times on recruitment trips and she also came to look around Newcastle to get a feel for the city, university and facilities.

“From a basketball standpoint Anja is an incredibly versatile forward who can put the ball on the floor, shoot from distance and bring a great ‘back to the basket’ game to Newcastle.

“She is able to guard multiple positions and will be an amazing addition to the WBBL.

“Aside from the fact she is a very talented basketball player, she is also a fantastic person which is massive when building a team that we want to compete for silverware and be successful.

“I have no doubt she will be a massive hit on Tyneside with her team mates as well as the fans.”

Fuchs-Robetin will study for a Masters in strength and conditioning at Northumbria University.

And Bunten added: “Northumbria is looking to defend its national championship and Anja will be an invaluable asset to the university on and off the court.”

The 23-year-old averaged 18 points and seven rebounds per game in her senior year at Florida Southern.

And Fuchs-Robetin nailed an impressive 85% of her free throws during a standout season in college hoops.

The Austrian star looks set to make her competitive homecourt debut when top-flight women’s basketball action returns to the Eagles Community Arena on Scotswood Road at 4pm on Sunday 6 October in the first round of the Cup against Cardiff.