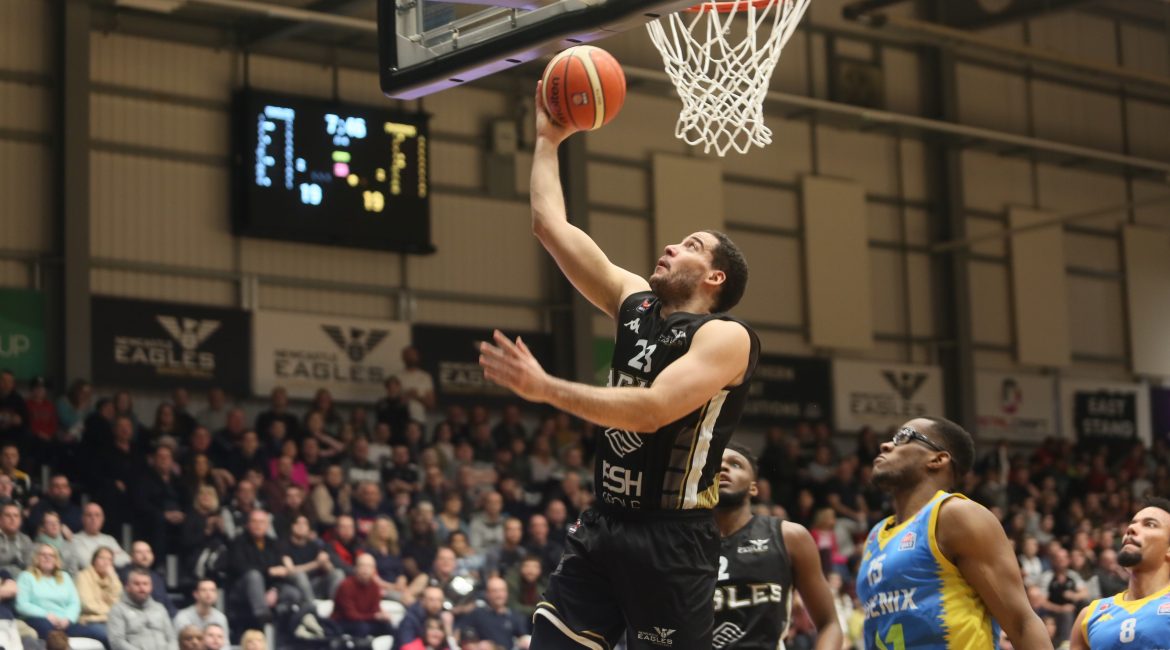 It was a bitter-sweet ending to Sunday’s BBL Trophy Semi-Final 2nd Leg for the Newcastle Eagles. Although the Eagles lost on the night 75 – 67 it was still enough to see them qualify for The Trophy Final if only just.

Had Parker Jackson-Cartwright’s 3-point effort at the buzzer gone in then it would be Cheshire that would be playing off against Team Solent Kestrels in the final. But it didn’t and it meant that after eighty minutes of aggregate basketball, Newcastle sneaked through 155 – 154.

For Eagle Kai Williams it means a trip to a BBL Final at last in an Eagles vest. When Williams, in his third year at Newcastle, first signed one of the reasons was because of the club’s fantastic winning record and ability to pick up silverware on a consistent basis.

Little did he realise that he’d have to wait quite so long to be contemplating stepping out in a major final in the famous black and white.

“Yes, I would say it’s long overdue. We feel really good to be back in the BBL Trophy Final. Everyone played well tonight and we’re very, very thankful to get the opportunity to play in the final after getting through.”

The Eagles had controlled the game most of the way and in turn the tie overall but a fighting late run from Cheshire almost turned the game around in a dramatic last finale.

“They made it really tough. They’re a very good team with unbelievably talented players so they were never going to go away. It was a bit too close for comfort at the end and we had some break downs defensively and allowed their guys to get free.”

“But we held on and came out with the win which was great. The guys need to rest up and have a good couple of weeks before that final although we have some tough league games before that.”

Williams has been a solid presence and support for Newcastle all season from the bench and his 10 points, 5 rebounds, 3 assists and 2 steals was a sizeable and vitally important contribution in helping his team through to the final stage.

Williams is aware that the final has to be put to the back of his and his teammates minds as they have another tough weekend of Championship action coming up. This Sunday sees the Eagles flying down to Sheffield to complete a double-header which starts at home on Friday.

The opposition that night at the Eagles Community Arena will be one of Williams’ former clubs, Worcester Wolves. The Wolves have already beaten Newcastle twice this season and won the BBL Cup back in January.

“We can’t start looking forward to the Trophy final just yet. The league is going to be very close this year so we’ve got to make sure we take care of every game that’s in front of us and not worry about other ones coming up.”

“But for now, I’m going to enjoy this win. My daughter’s nine-month old today (Sunday) and we came out with a win overall so it’s been a great day all around and now we look forward to a tough game on Friday against Worcester.”