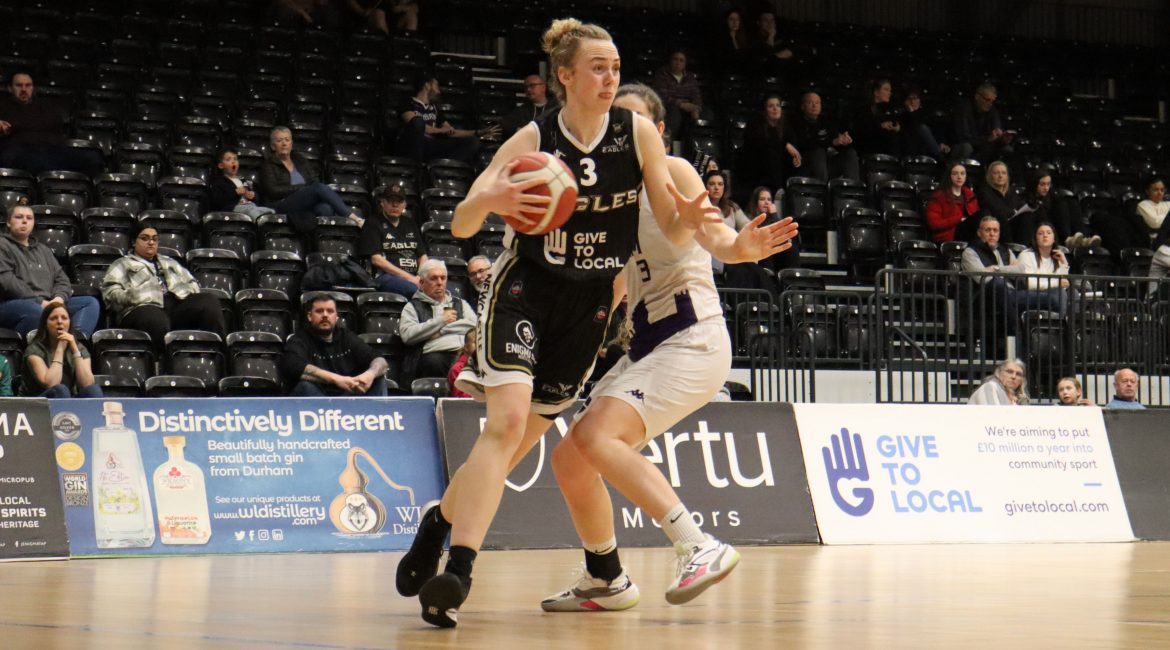 Two of our Eagles WBBL players have been selected in the latest All-Star Five with Chloe Gaynor and Layne Murphy’s weekend performances getting the well earned praise.

Chloe Gaynor was the MVP in our Eagles’ Sunday win over Durham Palatinates in the big North East derby at the Vertu Motors Arena.

The former Great Britain U20 international played all 40 minutes to make her first All-Star Five appearance of the season.

Gaynor had a massive double-double, scoring a game-high 22 points and grabbing 15 rebounds, with four assists and two blocks, proving a handful all game as she shot 6-8 (75%) at the free-throw line.

Our Eagles led from tip-to-buzzer as Gaynor scored nine points with five rebounds in the first quarter.

In our other win of the weekend, against Gloucester City Queens on Saturday, experienced American forward Layne Murphy turned in her first of two big performances in three days to feature in the All-Star Five for the first time this season.

Murphy was effective at both ends in putting up a double-double of 15 points and 11 rebounds, along with four assists and four steals.

Checking back in with four minutes to play in the first, the American scored the go-ahead basket in a 14-0 surge that put us in front for good, before scoring six in the second stanza as Eagles established a big advantage by the half.