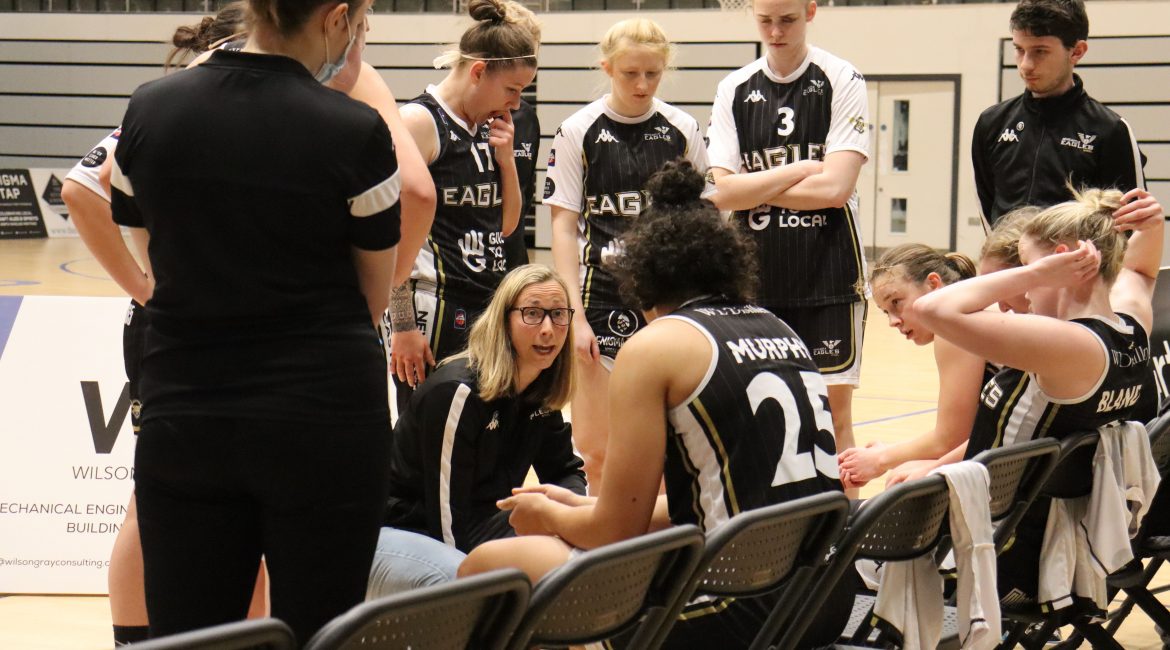 A buoyant Noelia Cacheiro believes Newcastle Eagles have finally turned a corner following a season of turmoil — after going from the bullied to the bullies in the WBBL.

The determined playcaller is under no illusions that Saturday’s homecourt clash against second-placed Sevenoaks Suns will provide the stiffest of tests for her short-handed roster.

But Cacheiro is confident that her battling team has fought its demons in time to sustain a concerted push for a top eight place.

Newcastle bagged back-to-back wins for the first time under the Spaniard last weekend to breathe new life into the club’s playoff bid.

And the Eagles’ head coach said: “I told the team that there have been too many times when we’ve been bullied this season.

“But on Saturday and Sunday we were the bullies.

“I always believed we could get at Gloucester and Durham and take the game to both teams.

“That’s exactly what we did from tip to buzzer.

“It felt like I was watching a different team out there and for the first time I saw players really enjoying their basketball.

“They came off court both nights with smiles on their faces and that’s what I want to see week in, week out.

“We’re in it to win it this season but I know that we won’t get the victory every week.

“Nevertheless, if the players can enjoy their basketball, stick together and see the bigger picture then we’re making progress.”

One player who loved every minute of Sunday’s thrilling victory against derby rivals Durham Palatinates was resurgent centre Chloe Gaynor.

The former Nottingham Wildcat dominated the paint on the back of a dynamic double double and epitomised the work ethic and dedication central to Cacheiro’s basketball blueprint.

“I think we’ve been seeing the best of Chloe ever since I arrived,” added the Newcastle coach.

“She’s had two or three games in the last few weeks where she’s been really switched on and a real handful to deal with.

“Chloe has the confidence in herself and her team mates to go out and deliver those performances.

“She’s in a much better place physically than she has been for some time and half of the battle is trusting in herself.

“But what we’ve seen in the last few weeks doesn’t just apply to Chloe.

“Marina [Fernandez] is playing some of the best basketball of her career. I knew she could do it but she’s taken her game to the next level.

“Rachael [Bland] is contributing so much more since coming back from injury and Layne [Murphy] is finding her feet in an Eagles’ vest.

“I’ve also been really impressed with Maddy [McVicar]. Recently, I’ve asked her to play a different role and she’s rolled up her sleeves and got on with it.”

With three teams already guaranteed a top eight finish and three teams unable to make the 2022 playoffs, Newcastle head into the business end of a tough campaign as one of seven sides chasing the final five post-season berths.

Six league games stand between the Eagles and another playoff campaign but old foes Sevenoaks head into Saturday’s Vertu Motors Arena showdown as firm favourites — chasing a 17th Championship win of the season.

“We can’t take the game to the Suns like we did against the Queens and the Palatinates,” admitted Cacheiro.

“We have to be realistic but we have to ensure we come out of that game knowing we’ve given it our very best shot.”