Double D on the Difference Made by Two 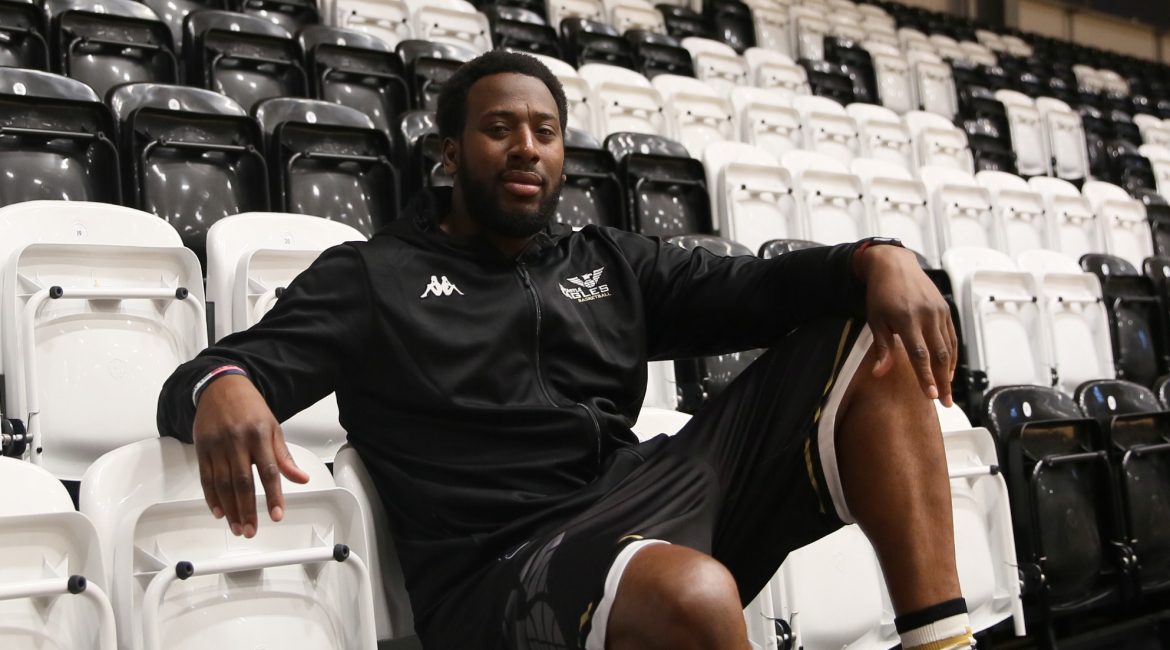 It was a superb weekend for Newcastle Eagles with two great wins to keep their BBL Championship hopes on track as well as putting one foot in the BBL Trophy Final, writes Jeff King. It means they go into another big game this weekend in great heart.

Veteran forward Darius Defoe was at the heart of things as always for the Eagles. He played a significant part in both the wins over London in the Championship at the Eagles Community Arena and on the road in the Trophy at Cheshire.

The big man who has so long been a cornerstone of the Eagles franchise looked back at those games as well as looking forward to the Valentine’s night clash at Leicester Riders where there’ll be no love lost between two big rivals.

“Two excellent big games and wins last week. We were up for the fight as the guys had been working hard in practice all week and we were ready to play anyone. It was a really good feeling after getting both wins.”

Defoe referred to the difference the return of Rodney Glasgow Jnr and the signing of Will Saunders made to the roster and how they have added to Newcastle’s firepower.

“It’s like having two new signings. Rodney has been here since pre-season so we knew he would be good for us and adding Will gives us something the league haven’t seen and it’s excellent having them both on board.”

“Now we just want Drew and Eddie back from injury and it’ll really give us a very strong team with lots of options.”

It also means Defoe’s role has changed slightly with him coming on from the bench to good effect rather than starting at the moment. It’s a role that suits him especially as he’s been battling through injury issues.

“I’m just trying to play through and do my best to makes sure we get the wins. It’s easier having more players and knowing I don’t have to play 35 minutes. Twenty minutes I can get through and it means I can make more of an impact on games.”

Defoe turned his thoughts to the next game on the horizon, the trip to Leicester to take on a side they always seem to be battling against for honours. Certainly, the two Clubs have pretty much dominated the British Basketball scene in recent times and it’s always a game to savour.

“Every time Newcastle and Leicester meet it’s a tough game. We have all week now to get ready and look at what we need. There are those that need to rest and recover but we all need to come together on Thursday and get the mind’s right for the game on Friday.”

“We’d set ourselves up for when we come back knowing what we have to do and where we are going for the rest of the season. We’re in a good place right now and want to stay there.”

The game at Leicester’s Morningside Arena tips-off at 8:00pm on Friday night and can be seen live on the BBL’s YouTube Channel.