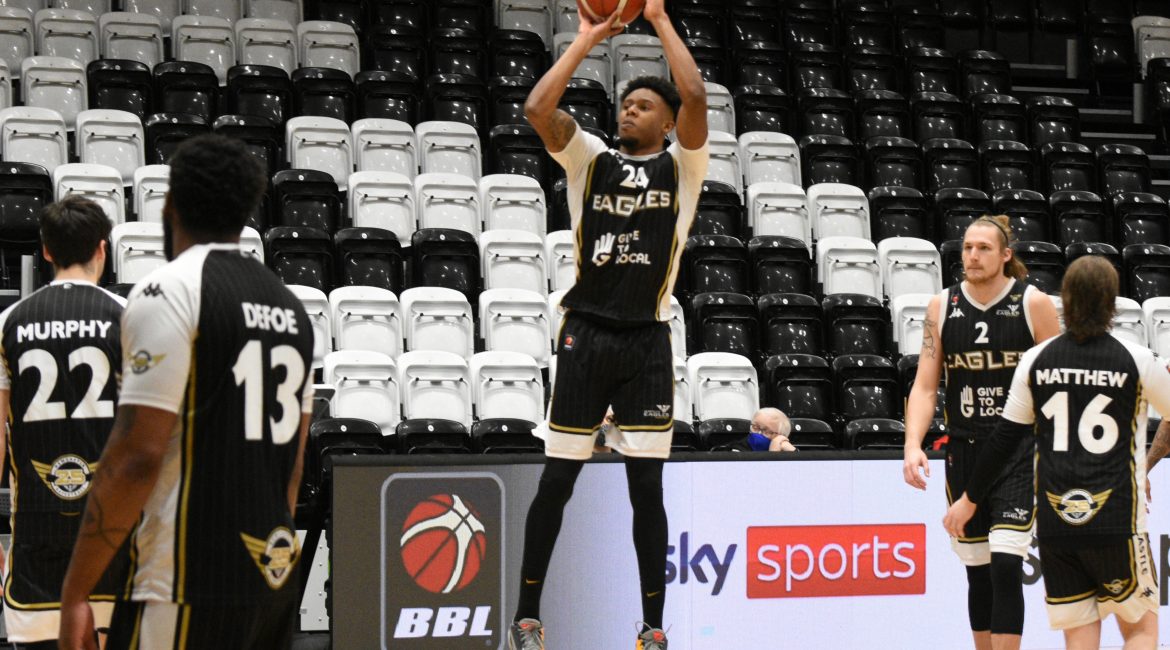 It put them three games behind their fierce rivals as well as crucially meaning they lost the season series against a team that looks destined to be crowned Champions at the end of the campaign.

However, even in defeat there was one huge positive for Newcastle to take. That was the return to the court of the powerhouse athletic forward Justin Gordon after three weeks out through injury.

Coach Ian MacLeod has said he would only bring Gordon back when he was ready and even then they would be careful with the minutes the exciting and energetic American would play. Gordon actually managed a shade under twenty minutes and showed with 13 points in that time what he brings to the roster when available.

A tremendous highlight dunk which was smashed home from Rahmon Fletcher’s pinpoint on the money pass being the moment when he signalled his return which can only be good for the Eagles going forward.

After the game Gordon admitted it had been a bittersweet experience being back in action.

“It was a disappointing night for the team. We just had some defensive mistakes and energy mistakes. Things that we can control which are the worst kind of mistakes to have. But definitely great to be back after a long time out which felt like an eternity.”

“I knew I was only going to play restricted minutes so it was nothing that I didn’t expect. It’s part of coming back. By the time I had the opportunity to get more minutes the game was kind of out of hand so we didn’t want to risk anything.”

“Usually when you miss three weeks or so you might miss four or five games but with this packed schedule it’s been a lot more. I just have to take everything in my stride. It’s a long season and the most important part is not here yet so I’ve just got to keep getting better.”

After Friday’s game Gordon and his teammates have the rare luxury of over a week off before they play again which is this Saturday night against Surrey Scorchers on the road. A team they’ve yet to play this season.

“I always look forward to a chance to get better. I definitely need to take advantage of a full week as it’s something we’ve rarely got this season. A full week of practice, a full week of strengthening and rehab for me and everyone else and we’ve got to get back to the drawing board.”

The Eagles are now setting their sights on consolidating their top four place to guarantee themselves home court advantage for the end of season play-offs and Gordon set out what he feels the team needs to do to readjust.

“We need to take care of those little defence mistakes, increase our energy and show more intent to be physical. It’s tough to do but it’s what you have to do as tough teams do it and that’s why they win.”

“Leicester came out and shot 71% in the paint against us and that’s something that we can’t allow to happen going forward and we have to put right. Hopefully with a week off and preparing well that’s something I can help us with and it’s nice to know I’m back playing.”

There’s no doubt that Newcastle have missed Gordon’s influence and dynamism in their ranks. Although it’s a mere consolation that he came back last Friday in a defeat it was great to see him back on court and hopefully ready for the play-off push.