The Magnetic Appeal of The Eagles 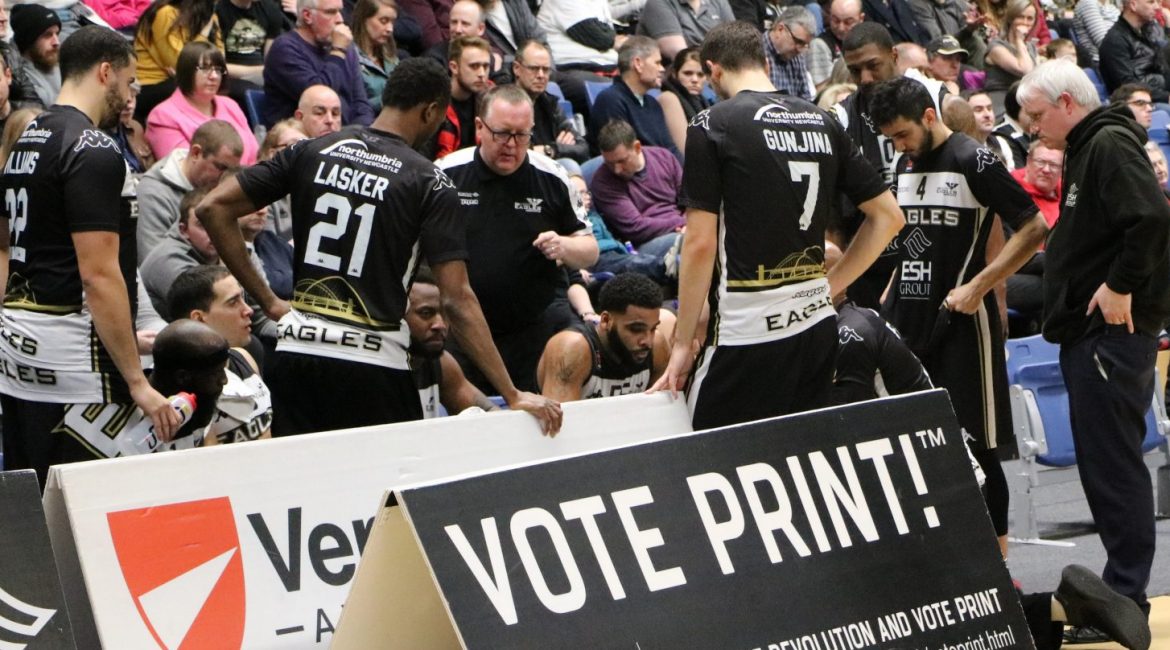 Really just wanted to cover three aspects. One of which I should have covered before now but, with us playing at home today I’ll use that as an excuse and say it might even be timely. The other two I think you need to know, but one of which some of you will be aware of already.

The one I should have covered is the Sheffield game. Apologies for that but then again tonight is the first time we’ve played at home since that loss so perhaps the timing is a little better than I think? Whatever, I know the guys feel they owe you a performance and a win tonight because of that loss.

It’s a strange feeling that we weren’t in The Cup Final and an even stranger one that we’re not going to be in The Trophy semi-finals let alone The Final. We said at the start of the season this team was capable of breaking records but not getting to a semi-final for the first time since 2004 was not one of them we thought we’d create.

So, what went wrong? After a great first-half where the game plan went perfectly and we looked well in control, the third quarter was a disaster as Sheffield responded magnificently to the half-time break and came out in some style.

We, tried everything to stop their momentum building but nothing we tried came off. Our shots didn’t drop, we got strangled on offence and Sheffield played tough, tough D. It was a dramatic collapse and one we didn’t see coming but, then, that’s basketball.

We rallied in the final quarter but The Sharks had the bit between the teeth and as good as we’d been in the first twenty minutes they matched and went past that in the second. A definite game of two halves as they say with their half being the better and ultimately decisive.

I think the stunned reaction of you, our loyal fans and the speed at which The Nest cleared spoke volumes. It was not something any of us is used to seeing or hearing and I can tell you it did not go unnoticed nor was it brushed aside. We owe ourselves one tonight as well as you.

That said, this is The BBL and we had no time to mope or despair about that loss. Yes, we knew that it meant we only had The League and Play-Offs to aim for but, that in itself is something as there are many teams out of one or even both of those races.

That’s why the win at Cheshire was so good and a superb way to bounce back particularly after losing Terry with only 1:14 gone in the game. Jaysean who had his worst game of the season against Sheffield got back to doing what he does best, Captain Darius was great in support.

Plus we had a MVP effort from Jamal who showed exactly why we’d signed him stepping in for Terry. So, it all means we’re 4 – 0 in the league this year and looking to keep that rolling tonight.

The second thing I wanted to mention, the one you might know, was Drew’s achievement and say a massive well done and congratulations to him. During the Cheshire game he came up with his 567th career BBL steal.

This took him to 10th on the All-Time BBL list and knocked a certain Mr T J Walker out of the illustrious Top Ten. A magnificent achievement from Drew and one he is and rightly should be really proud of. Plus, he ain’t finished yet.

The other one is our skipper Darius. After playing and serving his apprenticeships under Captain Walker, Bridge and Smith he’s graduated to leader of the pack or should that be convocation? In doing so he’s amassed 4,968 BBL points taking him in to The BBL’s all-time Top 20.

Two games this weekend and he’s averaging 15 points a game this season. He’s either going to get there this weekend or end the weekend by being mighty close. When he does get there, as he inevitable will, it will be some achievement from a player we’ve seen grow from boy to man.

Ok, so that’s it. I’m not even going to mention the slight panic before the Sheffield game when Coach Forrester realised he didn’t have a tactics board and I’d run out of my vast supply that I’ve given him in the past.

Luckily he found one and as I was on the bench it was good for me to be in charge of it again. Not mention the highly impressive, well it was to me anyway, magnetic eraser that he’s acquired and that sits impressively on the board. I was like a kid with a new toy!

But, not for me tonight as I return to the commentator’s perch and my partnership with Dave Elderkin. I love being on the bench I have to say but it’s nice to have other strings to my bow too.

One person that we should hopefully welcome back to the bench for the first time in 2018 is Coach Macleod who has finally risen from his sick bed, and boy was he ever ill, and should be back in his rightful place tonight. We’ve missed him and it’ll be good to have him back.

That’s it then and I haven’t even mentioned the new Arena and the progress its making. If you can you should get down and have a look at how things are going. It’s still early days but the site is already almost unrecognisable from where the builders started. I hope you’re all as excited as we are about this.

Ok, let’s get about them Lions and see if we can keep the run going before we roll on to Manchester looking to do some Giant killing.