Williams On The Win

Newcastle Eagles/News/BBL/Williams On The Win 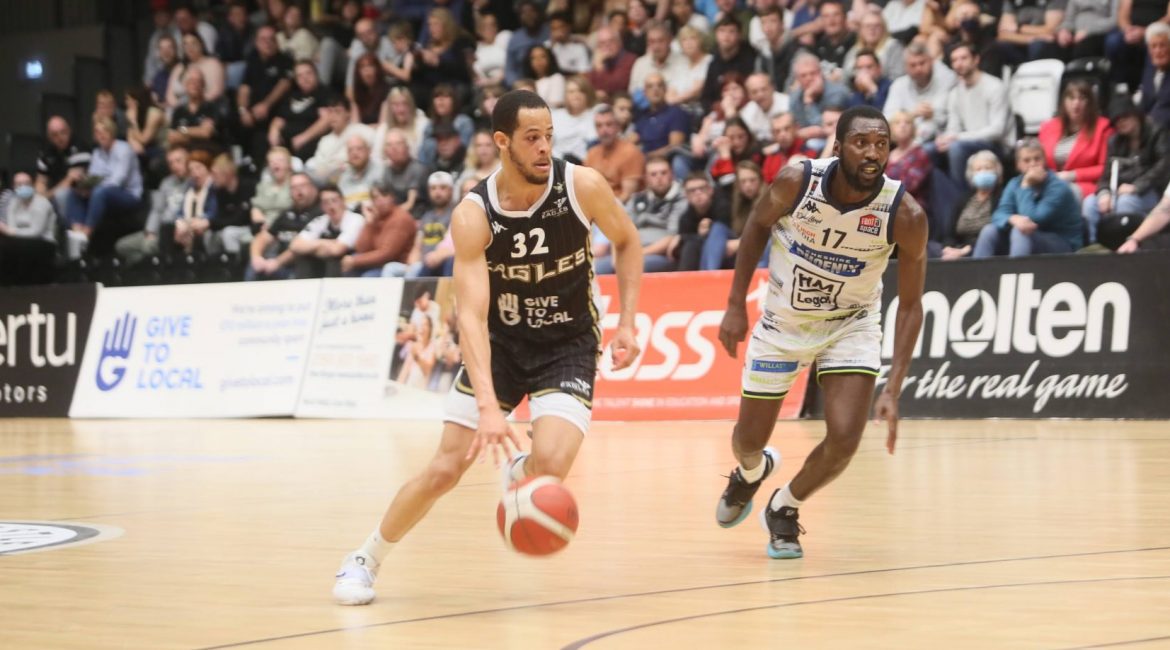 It may prove to be a turning point or it may just be a false dawn. But Newcastle Eagles 94 – 74 win over Cheshire Phoenix in the BBL Cup North Group at the Vertu Motors Arena on Friday was definitely a welcome one.

Under pressure after losing all three games played so far this season they really couldn’t afford to go 0 – 4 in a tough group where all sides seem equally matched. Responding to the defeats Head Coach Ian MacLeod changed his starting five.

Veteran forward Darius Defoe and ex-Phoenix player Louis Sayers were promoted into the starters with Terrel Vinson and Wes Person Jr. moved down to the bench. In the case of Person Jr., it was necessary as the American hot shot had only trained once all week due to a virus.

It certainly made a difference as The Eagles ripped into the Phoenix from the off and at one point in the first half led by as many as twenty points. Defoe and Captain Rahmon Fletcher leading the way and new Eagle Corey Johnson having a fine first half.

There was a blip in the third quarter as Cheshire cut the gap to four points at one stage. But Newcastle regrouped and got great scoring support from the bench from Person Jr and Kyle Williams who in particular stepped up with devasting effect.

All of Williams’ 16 points came either late in the third quarter or in the final period and he proved to be the catalyst that spurred his teammates onto what in the end was a very convincing win. Williams spoke about the first win after the game.

“This was a good win for us. Hopefully, it gets us going and we can carry all the positives into the next game. We fixed a lot of the little things we’ve been doing wrong and also corrected some things that needed addressing and we need to keep that going.”

Williams himself probably had his best game since his return to Tyneside for a second spell. His contribution towards the end of the third when Cheshire looked dangerous and then into the final ten minutes helped Newcastle split the game open.

“I just try to off the bench bring the energy. Sometimes it just needs that spark up and whatever I can do whether it’s offence or defence I just try to help the team. Today I scored a few points that settled us and that was nice.”

The Eagles have been touted as a team that can score from anywhere and any player at any given time can lead the scoring. On Friday night we saw tangible evidence of that with no fewer than six players netting double-digit scores.

“Everyone here is offensively gifted. It’s good when you have multiple options. I think we just clicked tonight and showed the potential we have. We just need to build on it.”

Williams is happy to be back on Tyneside and in an Eagles vest as he looks forward to the rest of the season now his side have that crucial first win on the board.

“I’m familiar with Newcastle and glad to be back. I just want to keep on winning and hopefully get a trophy. I never got one the last time I was here so that’s got to be the goal.”

The Eagles are next in action this coming Friday night when they travel to Sheffield to take on The Sharks in another crucial Cup Group game.

Tickets to be in the Eagles section of the Ponds Forge stand to support the team on the road are available now from the box office.