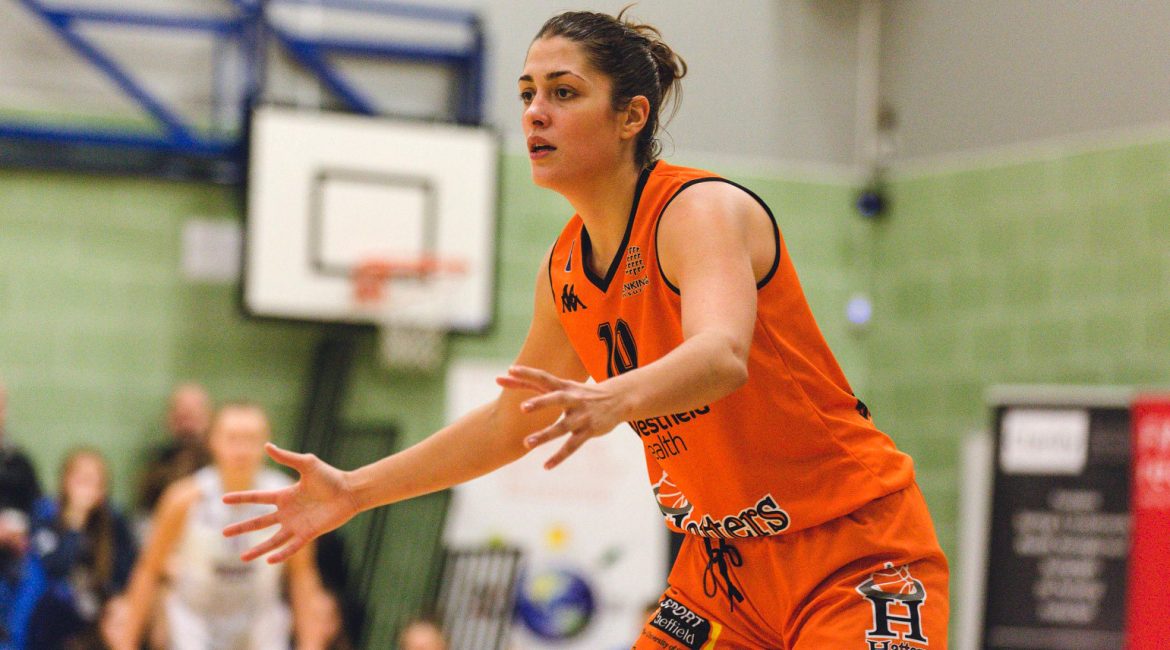 Spanish eyes are smiling on Newcastle Eagles WBBL after the club confirmed the signature of Deborah Rodrígues-Pérez.

The former Newcastle University favourite is expected to make her Eagles debut against the Essex Rebels in the WBBL Championship.

And Bunten is delighted to welcome ex-Sheffield Hatter Rodrígues-Pérez to Tyneside following the departure of Mante Kvederaviciute and Lisa Koop.

“Deborah has been on my radar for some time and losing Lisa meant we needed some extra height,” said the Newcastle playcaller.

“We tried to get her registered in time for last weekend’s match at Oaklands but we just ran out of time.

“Deborah has trained with us this week and made an instant impression. She played with Ali [Gorrell] and Millie [Oates] in Sheffield so there’s already a connection there.

“I’d heard nothing but good things about Deborah as a person and as a player she’s always been someone I’ve respected.

“Everything I’ve seen so far suggests she’ll be a fantastic addition to our squad and if she can give us 20 minutes a game then it’ll make a huge difference.

“She’s coming into a team that’s still on a high following last week’s overtime win against the Wolves and we’ve had a great week of practice together.”

Centre Rodrígues is likely to come off the bench in Essex and the Spaniard’s presence will be a huge boost as Bunten looks to counter a Rebels side boasting an abundance of talent in the paint.

“What I like about Deborah is that she’s quite capable of defending guards in the WBBL and she’ll bring a lot of energy to them team at both ends of the court,” he added.

“She was always a threat when she played against us and I always earmarked her as a dangerous scorer who we needed to contain.

“I coached Northumbria University against Newcastle University in BUCS competition and in that match Deborah played a far more prominent role for Newcastle.

“I was impressed with her leadership skills and her ability to handle the ball under pressure on that day. She made a big impression and I’m delighted to bring her into the mix.”