The Rach Is On

Newcastle Eagles/News/WBBL/The Rach Is On 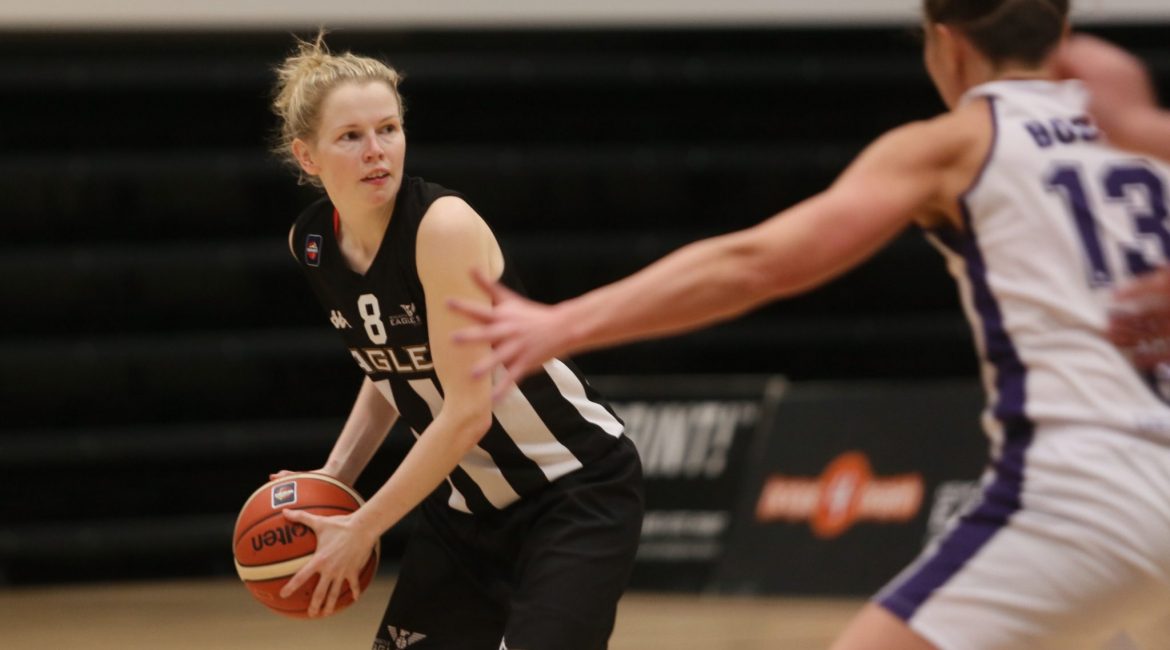 Rachael Bland is back in black and white after the popular Wearsider confirmed her future lies with Newcastle Eagles WBBL.

And Bland’s energy and game management made the versatile ball handler a starting five cert during the club’s first season at the Eagles Community Arena.

“I’m so excited to be returning for a second season in the WBBL as a Newcastle Eagle,” said the Washington-born playmaker.

“I‘m eager to step back on court alongside fellow returners Giulia Simioni and Georgia Ohrdorf.

“And I’m looking forward to working with a few new faces as we try to build on the progress we made last season.

“I can’t wait to see what this team can bring to the league and what we can accomplish together.”

Bland is one of the most familiar faces on the North East sporting scene after playing top-flight basketball for Team Northumbria and the Eagles.

A mainstay of Northumbria University’s BUCS team, the homegrown favourite is studying for a PhD on Tyneside.

And coach Bunten couldn’t be happier to include Bland on a roster that already boasts vast WBBL experience – with more signings to follow.

“Rachael is a key piece in the jigsaw and a player any coach would love to have around on and off the court,” he said.

“I was delighted when she decided to return to basketball last summer and I’m just as pleased that she wants to stay at the top level.

“Defensively she’s an outstanding player and it’s our job to ensure she develops offensively this season. I’d love to see her get more shots off because she can really shoot the ball.

“Rachael is an all-round player who gives me so many options and she was one of the first names on my list when I was looking to put this season’s team together.”

Bunten has confirmed four of this season’s roster with a month to go before the start of the WBBL Trophy campaign.

And more signings are set to follow as the experienced coach puts the finishing touches to a squad set to mix rookie flair with significant experience.

Tickets for the club’s first homecourt fixture of the season – a WBBL Cup tie against Cardiff Met Archers on October 6 – will be available from the box office soon.