Talented Tynesider Back For WBBL 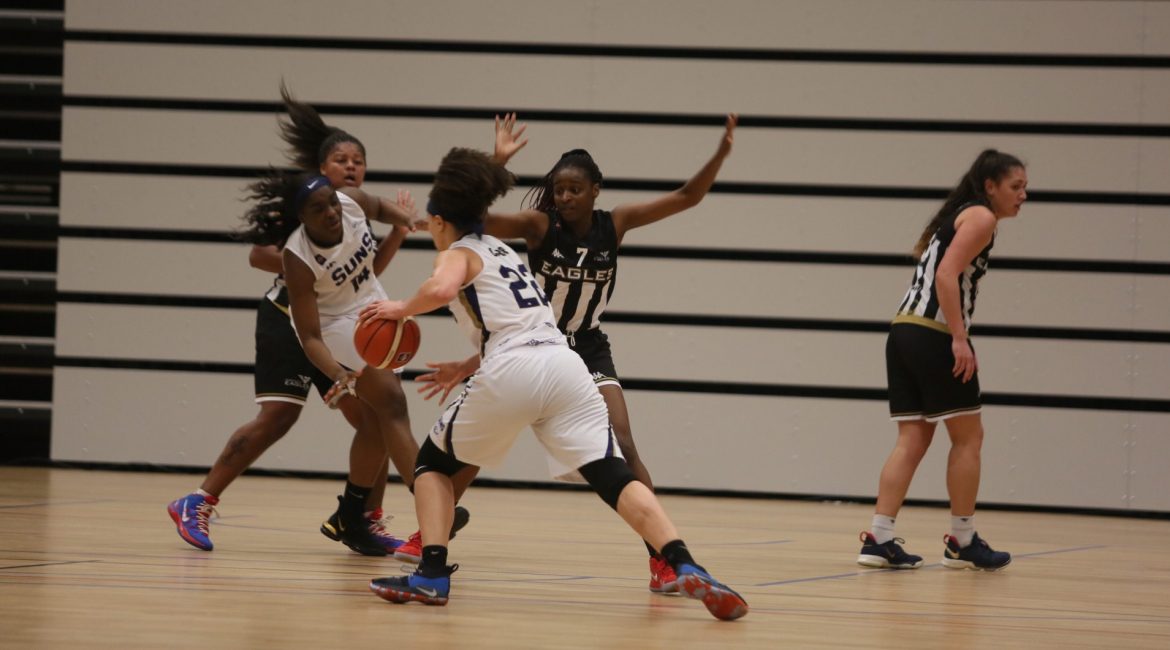 Orieoma Chukwu-Etu can be the benchmark for Newcastle Eagles’ wannabes across the North East after the talented Tynesider became the club’s fifth WBBL signing of the summer.

That’s the verdict of head coach Chris Bunten who believes the fast-rising guard can play a key role this season.

Former Sacred Heart pupil Chukwu-Etu came through the Eagles Academy – catching the eye of England Under 17 coaches in the process.

And Bunten brought the Newcastle University student back into the fold towards the end of last season as he looked to bolster his injury-hit roster.

“I was chasing Orieoma all year but she had university commitments and I could only bring her into the WBBL squad once the BUCS season was finished,” he explained.

“But she’s been in and around the Eagles for so many years now and she made her top-flight debut for Team Northumbria in the 2015/16 season.

“This will be the first time Orieoma has started the campaign as a senior player and I’d expect her to make significant progress.

“As a club Newcastle Eagles is very proud of the fact that its School of Excellence offers players a pathway into the professional ranks.

“And at a time when we have so many talented youngsters looking to make their mark it’s fantastic to see Orieoma moving to the next level.”

Bunten hopes to finalise his squad before a pre-season double header at Leicester Riders from September 14-15.

And the Newcastle playcaller could confirm at least one further player prior to Saturday’s friendly against Edinburgh at Sport Central with a 1pm tip-off.

Giulia Simioni, Georgia Ohrdorf and Rachael Bland are all returning to the Eagles’ fold.

“We’re nearly there with the other new players and it’s a case of ‘watch this space’,” he added.

“I’m happy with the way things are working out and as a group we can’t wait to get started with our pre-season programme.”