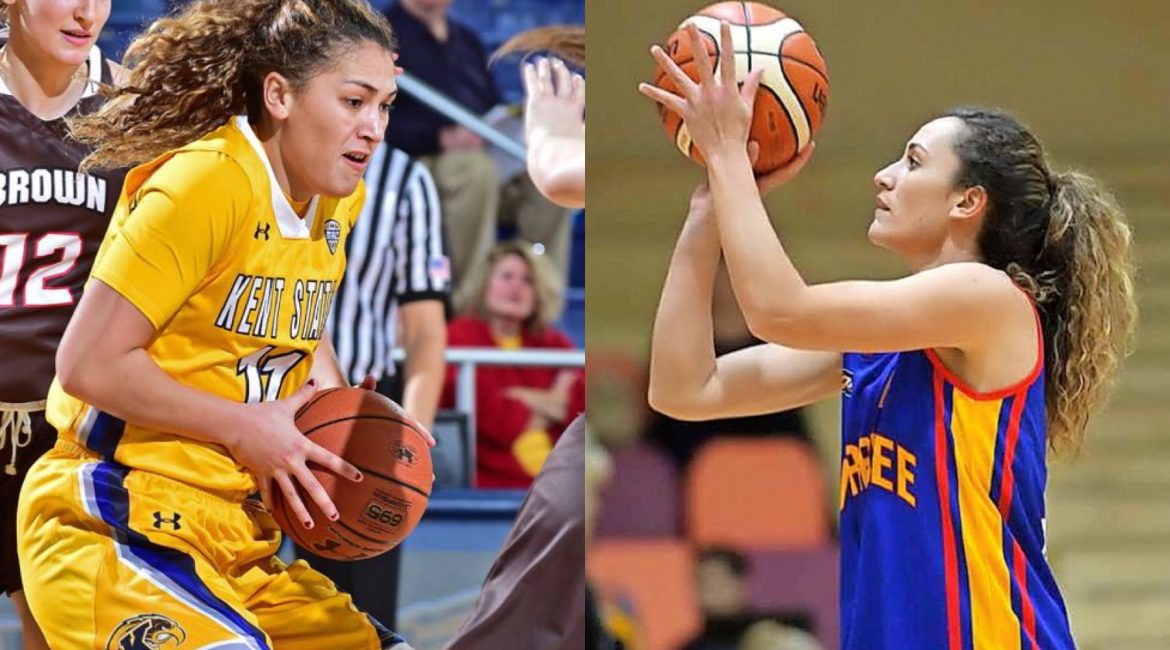 The New Zealand-born dual nationals have not played for the same club side since they were teenagers back home on the North Island.

But after coming through the US college system and playing professionally in Italy, the talented sisters are back in tandem on Tyneside.

“Our dad ran our team back home in New Zealand,” explained Keziah. “And our grandpa – not our real grandpa but that’s what we’ve always called him – was a basketball coach. They both encouraged us to be the best that we could possibly be.

“I was around six or seven when we first played together and Adoniah would have been 10 or 11. So we’ve been playing together for 16 or 17 years but this is the first time that we’ve played together abroad outside of the Cook Islands national team.”

Keziah and Adoniah qualify for the Cook Islands through their mother and have become stars of the South Pacific’s thriving 3-on-3 scene.

Their father hails from Penzance, Cornwall and both players hold British passports.

That persuaded Bunten to make his move with Keziah accepting a place at Northumbria University and Adoniah commuting from her West Yorkshire home.

“We went to the South Pacific Mini Games and won gold there with the Cook Islands,” added Keziah. “We also went to Turkmenistan and finished third in our pool there.

“The 3-on-3 tournaments have been fantastic.

“Last season we both got contracts in Italy. Adoniah played for Catania in Sicily and I joined Cagliari in Sardinia. And Adoniah played a few games for Sheffield.

“She’s living in Huddersfield now and that’s how she ended up at the Hatters. I think that’s where coach Bunten saw her and that’s how we both came to be in Newcastle!”

The Lewis sisters are well aware of the North East’s reputation as a sports-mad region. And the pair know all about ESH Group Eagles Newcastle’s stunning record in the men’s game during the last decade.

“I’ve been told that Newcastle loves its sport and our dad can’t wait to go and watch the football at St James’s Park,” added Keziah. “He’s soccer mad. We all watch a lot of rugby and growing up we were all glued to sport as a family.

“It’s an amazing opportunity to be a part of the Eagles’ set-up and we can’t wait for the WBBL season to start.”