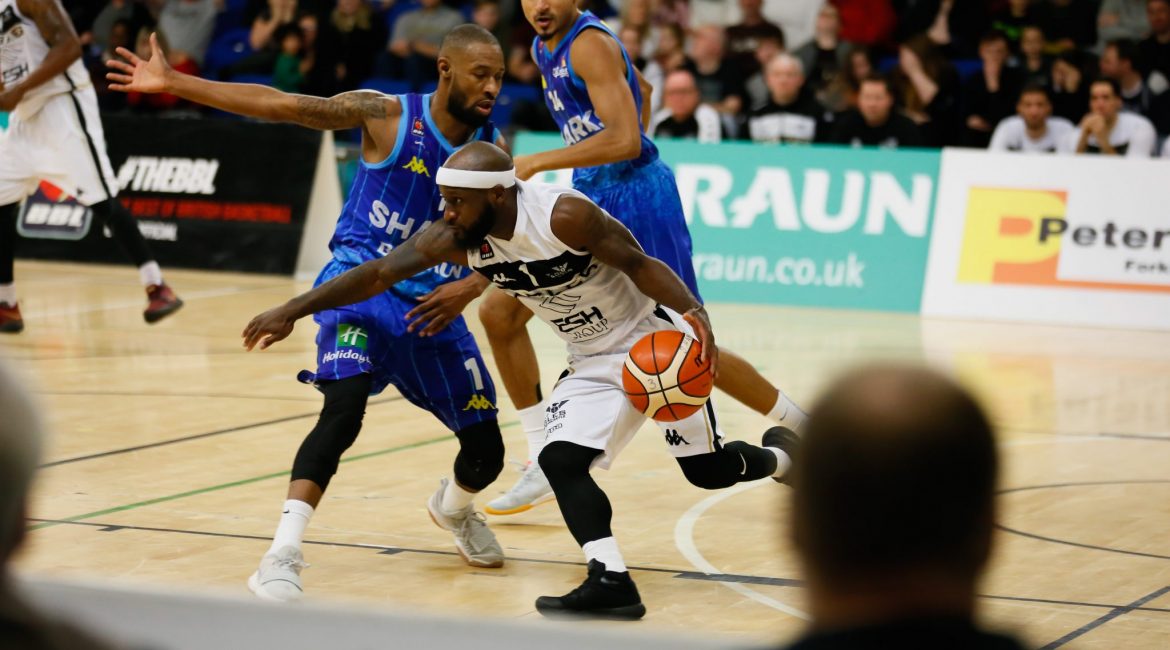 Last weekend at Sheffield, Esh Group Eagles Newcastle bounced back in tremendous style with a tough road win against a Sharks side that has been in and around the top of The BBL all season, writes Jeff King.

It also gave The Eagles a crucial head-to-head advantage in the three-match BBL Championship series after their earlier 100 – 93 victory at home back in November. For Newcastle’s on-court general, point guard Saah Nimley it was a big win.

“It’s always good to be back on court and get a win. We came back from the break motivated and we knew we needed a win and were in a tough spot, but we found a way to get a win.”

The Eagles were 18-points up going in to the final quarter but just as they had done back in November, Sheffield mounted a big comeback to threaten that lead as once again this Newcastle side made it tough before sealing the win.

“They played some good basketball and forced us in to some turnovers and things we didn’t want to do so we have to give them credit but credit to us too for keeping focused down the stretch and doing what we needed to do.”

With Sheffield to come again in two weeks’ time in a Trophy Quarter-Final this was a good marker for The Eagles to put down in preparation for that game but Nimley asserted his team’s philosophy in not looking too far forward.

“It’s good to have that but we take every game the same and don’t take any team lightly and we just need to come out in our next game at Bristol and look for another win then.”

Nimley himself was a major contributor in the Sheffield win with an excellent line of 9 points, 8 rebounds and 13 assists which after the loss and his performance against Leicester he was pleased with, but he felt he could have done more.

“It was a good line, but it could have been better, but some good things happened I just need to hit a few more shots next time and see what happens.”

“Everybody has a bad day and I had a real bad day against Leicester. I knew I needed to perform better so I just came out and tried to play hard against Sheffield.”

The goal now and until the end of the season is to use that Sheffield result as a starting point for the second half of the season and go forward in the same mode.

“We can look forward to what we have to come for the rest of the season now and look to keep on improving as we go and look to build on that Sheffield win and performance.”