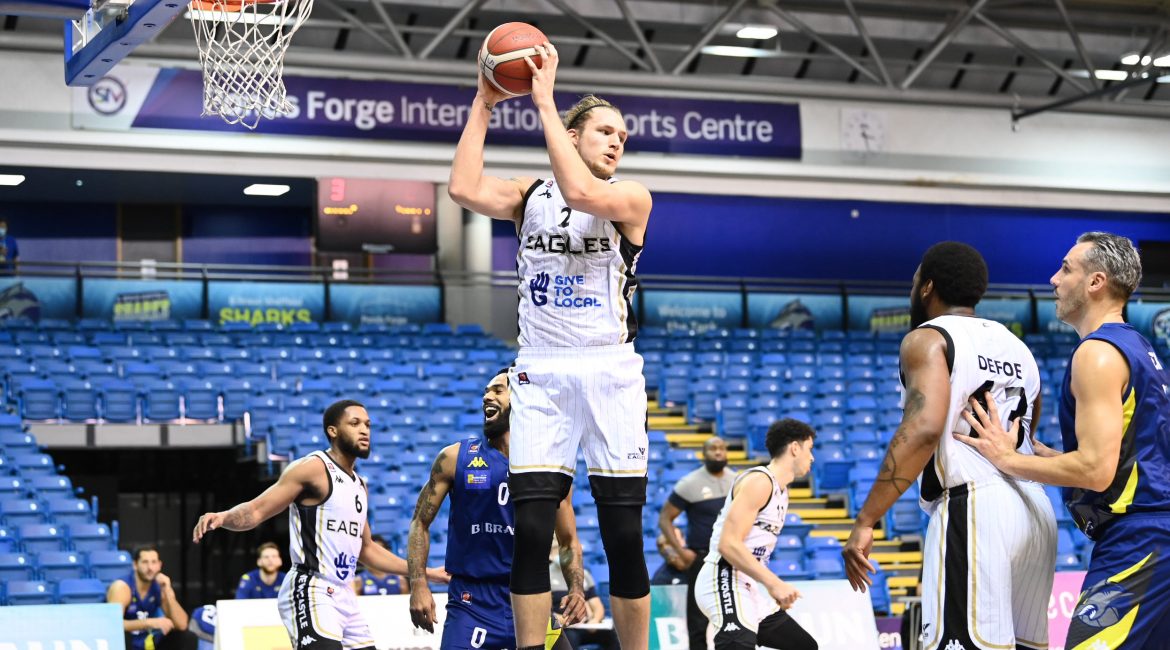 Newcastle Eagles managed to overcome a sluggish start to advance to the quarter-finals of the BBL Cup, after they defeated Sheffield Sharks 77-90.

Having lost 97-87 to the Eagles last week, Sheffield came out with something to prove.

Spearheaded by Nick Lewis and Kipper Nichols, who led Sheffield in scoring with 19 points, the Sharks came out firing on all cylinders.

Sheffield went on an early run, jumping out to an 8-0 first quarter lead.

Newcastle managed to fight their way back into the tie thanks to some good work from summer signing Cortez Edwards.

Edwards, a bright spot for Eagles coach Ian MacLeod, finished the game with a double-double (18 points and 11 rebounds).

While Sheffield started the game strong, Newcastle fought hard to keep pace with the Sharks.

Unlike the first quarter, the Eagles got off to a flying start in the second.

Driven forward by Rahmon Fletcher, Newcastle looked to have found their groove.

The former BBL MVP, who led Newcastle in scoring with 24 points, managed to almost single handedly turn the course of the game.

Converting multiple three-pointers throughout the course of the second period, Fletcher was everywhere on both sides of the ball.

After their sluggish start, the Eagles were now in the ascendency.

With their offence in rhythm, Newcastle managed to outscore the Sharks 23-12 in the second quarter.

And while two Sheffield baskets late on managed to keep them in the contest, the Eagles headed into half-time with a five-point lead.

After their dominant performance in the second period, quick scores from Edwards, Evan Maxwell and Justin Gordon pushed Newcastle’s lead out to 11 points.

Sheffield tried their best to keep up with Newcastle but were unable to match the visitors’ offensive firepower.

Ever since Fletcher’s flurry of three-pointers leading up to the half, Newcastle did not relinquish their lead and took an eight-point advantage into the fourth quarter.

Down by six, the Sharks knew they would need to produce an almost faultless performance in the final period if they were to come away with the win.

With just seven minutes left of a see-saw tie Sheffield had a multiple chances to cut Newcastle’s lead to just three.

But after a nervy couple of minutes in which both sides went scoreless, the Eagles eventually found their rhythm again.

And after they had opened the door ever so slightly, Newcastle managed to slam it shut and seal an impressive win after their initially slow start.