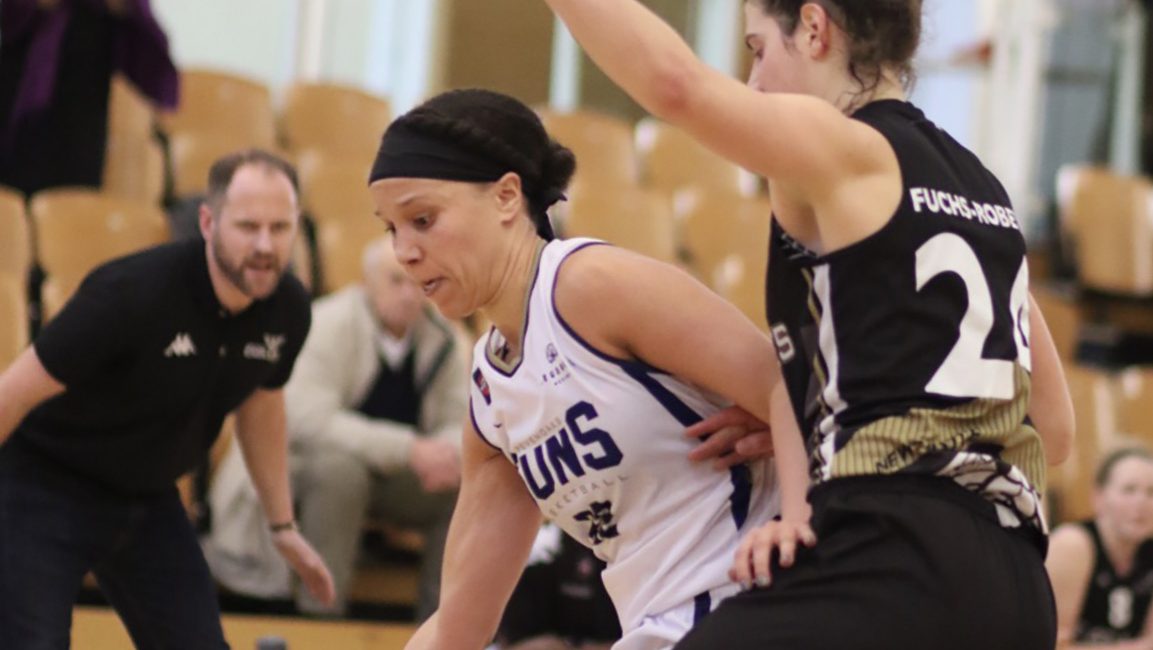 Newcastle led 57-56 with 67 seconds remaining of a scintillating semi-final.

But the Suns scored seven of the last eight points to seal the victory and set up a winner-takes-all clash against the Eagles’ derby rivals Durham on January 26.

Sevenoaks have won all three of their meetings with Newcastle this season and snapped the Tynesiders’ seven-game winning streak with a late, late salvo.

Talismanic guard Ta’Yani Clark was missing from the Suns’ line-up but it was another ex-Team Northumbria star who did the damage against her former franchise.

Season Tickets Renewal Deadline Extended To End of June
May 23, 2022

Cat Carr led Sevenoaks in scoring with 18 points and added nine rebounds and four assists to take the MVP honours.

But Eagles’ centre Lisa Koop was equally influential for the visitors as she bagged a double double of 18 points and 11 rebounds.

But neither Giulia Simioni nor Mante Kvederaviciute could find their range with the normally reliable pair combining for just six from 22 from the field.

Both teams struggled offensively throughout a nip and tuck tie.

But it was the Suns who led 17-13 after the first quarter with Len Busch’s side settling the quicker of the two Championship title rivals.

Few could have predicted Newcastle’s impressive response as the visitors went on to dominate the clash heading towards the half.

Chris Bunten’s side traded baskets with their lofty rivals during a tense third period and led by three with 10 minutes to play.

But the Suns have dominated the women’s game in recent years – winning six of the last 12 major titles.

And Sevenoaks’ never-say-die attitude reaped rewards as the hosts shut down Newcastle in the final minute to bag another appearance in a final.

Bunten may well look to the free throw line for evidence of where it all went wrong for the Eagles with his team sinking just 10 of their 17 shots from the bonus stripe.

But on reflection the talented playcaller will surely take the positives from a tie that could have gone either way against the best team in Britain.

And a beaten but unbowed Newcastle will return to Championship action against Caledonia Pride at the Eagles Community Arena this afternoon (4pm tip) as one of the teams to watch in 2020.