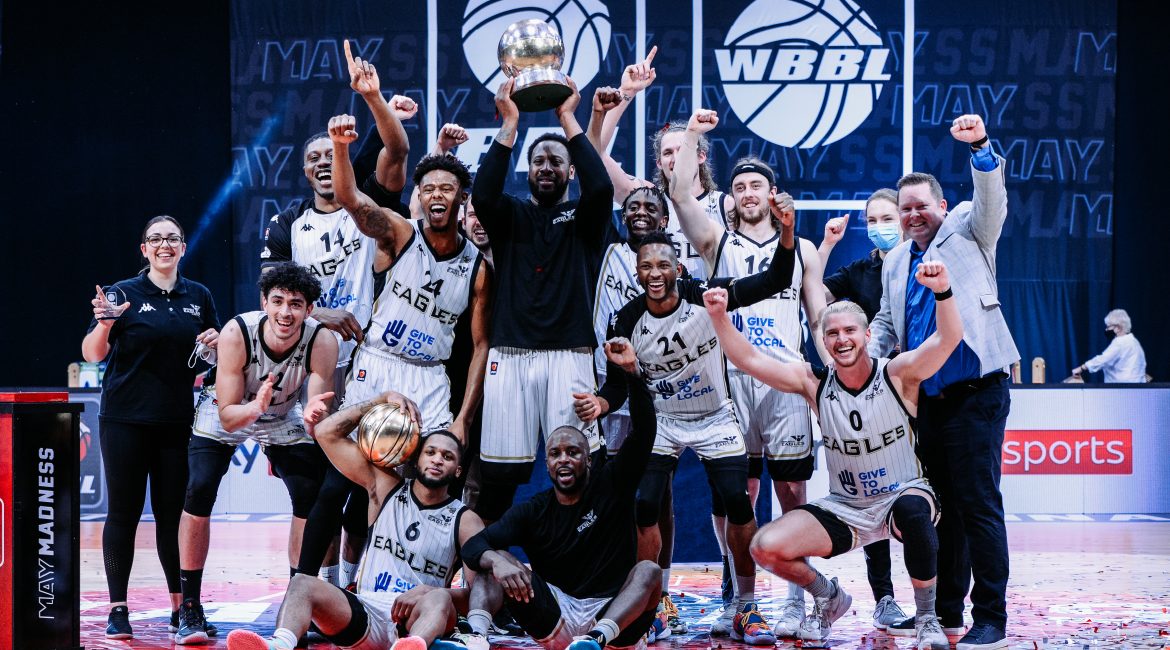 Call them the comeback kings or the cardiac kids but one thing is for sure you can never ever write this franchise off.

Watch highlights of your Eagles winning the 2021 BBL Play-Offs

When Fab Flournoy left for the NBA and Canada many thought the legacy and glory era might have been over. Not a bit of it. In stepped local boy Ian MacLeod and the legacy rolls on. It’s his third National Trophy in two seasons and he has justified the faith owner Paul Blake showed in him.

Not that he’s done it on his own. The 27th Trophy in the Club’s history is also the 27th for Darius Defoe who now has to change his nickname to “Mr 27”. Then there’s Drew Lasker who may be in the twilight of his career but he’ll never get tired of that winning feeling.

Of course, there’s Captain Fantastic Rahmon Fletcher as true a Most Valuable Player as has ever set foot on a hardwood court and if not the greatest player the BBL has seen certainly one of the best.

But in truth there were heroes everywhere. Evan Maxwell’s superb second half showing. Louis Sayers adding double figures. Rex Pflueger’s defensive effort throughout the game. There was one other and what a signing this first-year Eagle has had in black and white. Cortez Edwards.

All season long the American guard has done a little bit, actually a lot of bits, for Newcastle and in this game he was massive. 22 points, 13 rebounds, 7 assists, 4 steals, 1 block and zero turnovers for an incredible index of 41 and a well-deserved MVP award for the game.

As for the comeback kings? Well, once again the Eagles came from behind to take the plaudits and the silverware. Down by 12 points at the end of the first quarter with London’s Orlando Parker garnering 15 personal Newcastle were in a hole.

Lions aggressive defence particularly on Fletcher was having an impact but in the second period it was Newcastle who turned the defensive screw and they’d cut the lead to five points at 35 – 30 as the team’s headed for the locker room.

The third was a real slog and war of attrition as the game swung both ways. Edwards began his run to the MVP award and dragged his team back into the game before an 11 – 2 Lions burst put the Capital side back in the driving seat.

Then it was Edwards and Maxwell who brought the Tynesiders back into it and the final period began with the Eagles still within five. Fletcher kept driving his side forward. The defence stood rock solid and Edwards just kept going and going and as time expired it was the Eagles that nudged in front by two.

They even had the luxury of missing four free throws in the final few seconds which would have iced the game but when Fletcher’s final effort didn’t find the target it made no difference as London had no time left to change the destiny of the BBL’s final showpiece event of 2020/21.