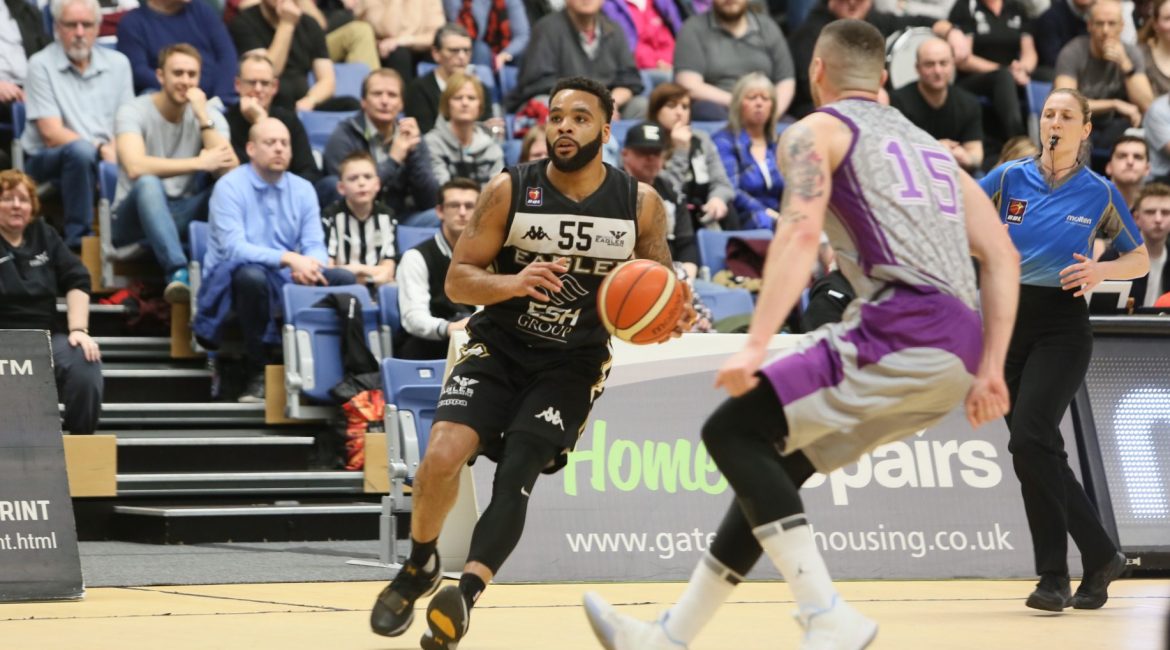 Fabulous Flournoy isn’t one for putting his feet up. Then again, Leeds Force aren’t in town every week. And if there was one game Newcastle Eagles’ veteran player-coach could afford to miss it was surely the visit of the BBL’s bottom club.

Ahead of this season’s most brutal run of fixtures, Flournoy stayed home with an elevated ankle and handed over match night duties to assistant Dave Forrester. No problem: Newcastle’s number two, who famously went from outspoken fan to Flournoy’s most trusted lieutenant in a fairytale rise to prominence, has been here before.

And as the tried and tested talent spotter responsible for scouting the Eagles’ roster, it’s difficult to imagine a safer pair of hands in the circumstances. Ultimately, Forrester eased through his return to frontline coaching and could comfortably reprise his role at Surrey Scorchers in front of the FreeSports cameras on Sunday.

That trip to Guildford will, of course, present a far tougher challenge than a Friday night stroll against a hapless Leeds. In reality Flournoy could have been joined on the sofa by several team-mates and the hosts would still have breezed past the feeble Force.

Down four key men from the team that destroyed Leeds on the opening day of the season, Newcastle were always expected to sweep the Yorkshire club and claim a fourth successive homecourt win.

Missing Terry Martin, Darius Defoe and Flournoy through injury and Drew Lasker as a result of his Commonwealth Games commitments, the hosts faced Force with just eight fit players.

And yet Leeds – with one BBL win to their name all season – were never likely to pose a threat to the Eagles’ stand-in playcaller.

Of greater cause for concern is just how a depleted Newcastle will cope with an increasingly demanding schedule including three games in six days starting at league leaders Leicester next Thursday.

For assistant coach Forrester this was all about careful game management and ensuring those Eagles stars still able to suit up emerged from Friday’s clash unscathed. If Sunday’s trip to Surrey will be tough enough then back-to-back away games at Leicester and London look like pushing a stretched Newcastle to the limit.

If Forrester’s gameplan was to build an unassailable first quarter lead and create the cushion necessary to rotate his starting five then it worked a treat. Electric backcourt pairing Jaysean Paige and Saah Nimley had drained a combined 17 points by the time the former took a breather with two minutes to play in the opening period.

The Eagles took a 29-16 lead into the second quarter and Forrester must have been purring at the pin-sharp ball movement that resulted in a fourth three-pointer of the night for the irrepressible Paige moments after the restart.

Within the blink of an eye the hosts hit the half century mark and the highlights reel was filling up fast. Paige and Zarko Jukic combined for a brace of spellbinding alley-oops and the introduction of young gun Themba Yabantu gave the homecourt fans an exciting glimpse of the future. 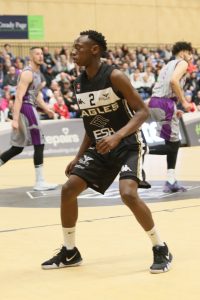 Promoted from Newcastle’s Under 23 squad earlier in the week, the 5ft10in Gateshead College guard took an unexpected BBL debut in his stride and the first two points of his top flight career were greeted with a mighty roar inside a bouncing Sport Central.

His team leading by 23 at the half, Flournoy could have been forgiven for nodding off in front of an utterly predictable live stream but the New Yorker was no doubt taking copious notes in between sips of his steaming cocoa. As far their head coach is concerned, no Eagles performance is ever perfect…and never will be.

But thanks to Forrester – and given the club’s stretched resources – this was pretty close. Newcastle hit three figures with six minutes on the clock and finished the match with six players in double figures. Even Flournoy went to bed a happy man.