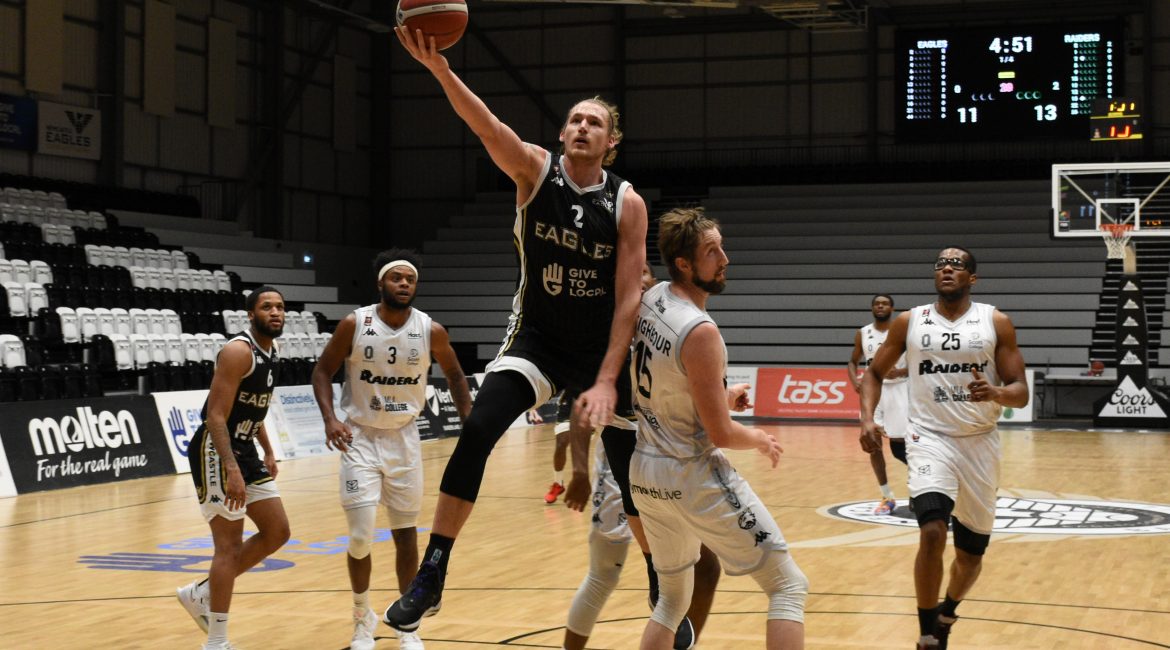 Paul James has chalked up a few comfortable wins in his time as a head coach in the BBL.

But few victories will have been quite so easy as this impressive triumph against a Newcastle Eagles side that faded badly after the break.

James arrived at the Eagles Community Arena just days after passing the 1,000-game milestone as a top-flight playcaller.

He brought with him a deep and determined Plymouth Raiders roster flying high on the back of a 9-1 record and seeking to move level with Newcastle in the Championship table.

Ultimately, the Eagles simply didn’t do enough at the defensive end, under the glass or at the bonus stripe to put their rivals under any serious pressure.

And ahead of tomorrow’s trip to Manchester Giants, a frustrated Ian MacLeod must look to get more from a team that’s won just one of its last five fixtures.

January’s coach of the month welcomed the latest winner after James led Plymouth Raiders to a stunning 6-1 record heading into March.

February, of course, was a month to forget for MacLeod.

But Newcastle did manage to arrest an alarming losing streak with a hard-fought victory against an in-form Cheshire Phoenix the previous Friday.

And even in the continued absence of talismanic BBL Cup final MVP Justin Gordon, the men in black were confident of repelling the Raiders.

On nights like this, against a Plymouth roster boasting a slew of big bodies, the lively Londoner is needed more than most.

So it was cause for concern for the hosts that Defoe picked up a third foul in the dying stages of a second half
which ended terribly for the Eagles.

Two evenly matched sides couldn’t be separated after a bruising opening quarter but one player stood head and shoulders above the rest.

Cortez Edwards netted seven points, pulled down four boards and dished up a brace of assists in just seven minutes.

If there’s a better all-rounder in the BBL then he’s yet to emerge this season. But right now the busy guard needs support.

After opening up a 37-33 lead midway through the second period, the hosts looked capable of taking their game to the next level.

Crucially, it was Plymouth who ran through the gears as James’ roster launched a terrific 14-4 tear to finish the half and pile the pressure on nervy Newcastle.

To rub salt into Eagles’ wounds it was former favourite Mike Morsell who fired the visitors into a 47-41 interval lead with a buzzer-beating put-back off his own missed two.

The exciting American left Tyneside under a cloud 12 months ago after opting to fly home on the eve of Newcastle’s BBL Trophy final.

And Morsell’s return to the BBL at the turn of the year raised more than a few eyebrows in and around the ECA.

Nevertheless, Raiders’ mid-season signing piled on the misery midway through the third quarter as he dunked his team into a 61-46 lead.

Morsell moved to 12 points on his first return to the North East since that 2020 exit but it was Plymouth’s versatility and strength in depth, rather than one player’s key contribution, that was hurting the hosts most.

Had it not been for clutch threes from Edwards and Louis Sayers in the closing stages of a thoroughly chastening third period then James’ men might have been out of sight.

Even so, the Eagles had it all to do as they trailed 68-54 heading into the final quarter.

No team defends better than the Raiders in the BBL with the league’s fourth-placed side conceding an average of just 72 points per game in February.

And Newcastle needed to find something special to fight their way past Plymouth and finish with a winning flourish.

Ultimately, the Eagles hit the 72-point mark to maintain the Raiders’ average. But eight missed free throws, 18 turnovers and too many poor decisions told the story of a night to forget for Newcastle.